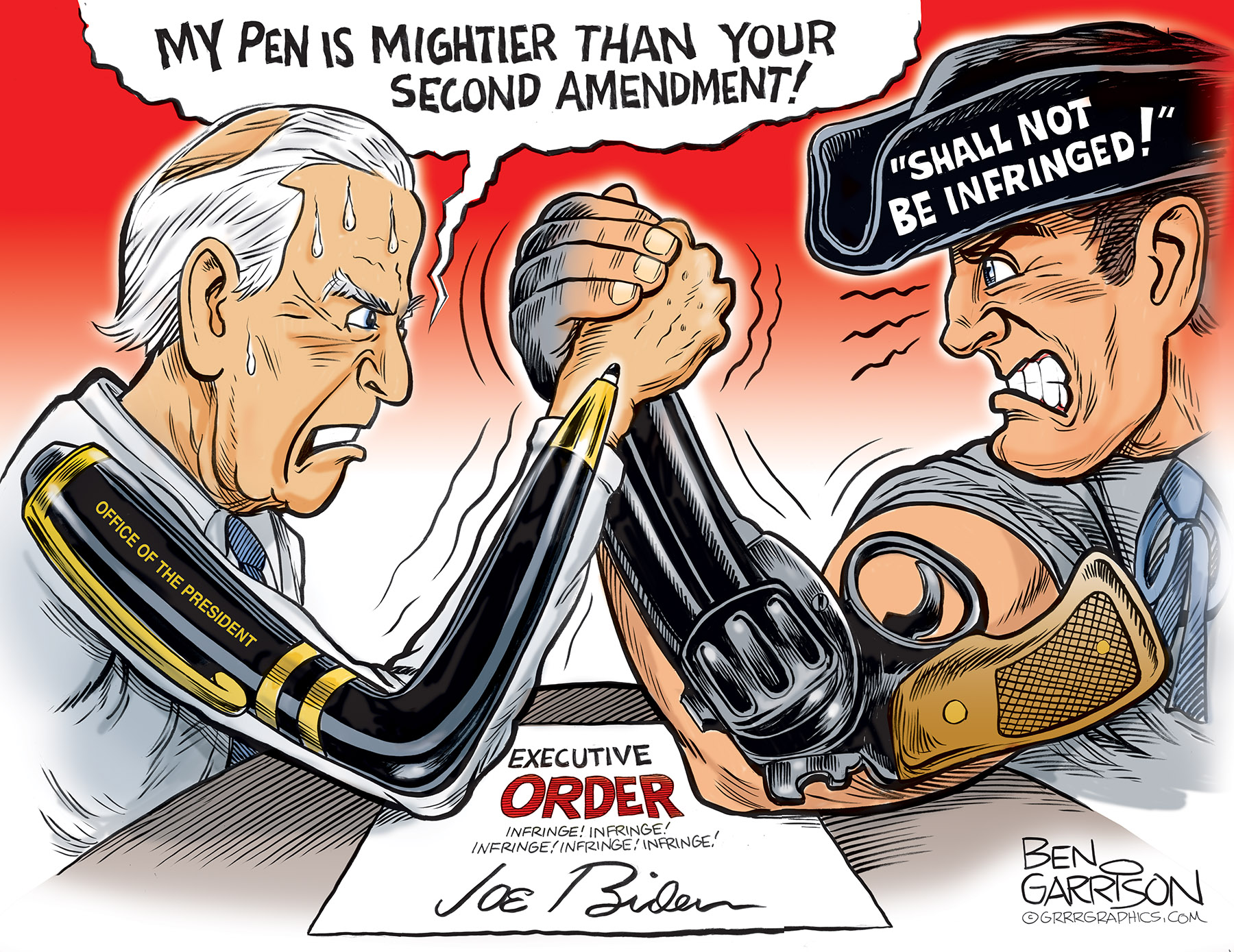 Shall NOT be Infringed

China Joe Biden’s pen has been busy lately. He has signed new Executive Orders that will begin to dismantle our Second Amendment.

Sleepy Joe said it himself. He’s doing it to ‘keep the American people safe.’ How will we be safer if we can’t defend ourselves? Oh, I almost forgot. Biden’s big government will do that for us. Just like Stalin and Pol Pot did when they confiscated the guns in their countries.

Socialists always want the guns first—it then makes it easier for them to take everything else. Including our very lives.

Does anyone really think such a totalitarian police state can’t happen here? It has already begun. Traitorous security arms such as the BATF or the FBI can show up at your door at 4 a.m. without a warrant and cart you away for illegally owning a gun for whatever reason determined by a capricious state. Maybe you’ll be carted away to a FEMA camp and disappear. That dark future is sure to come to patriots who don’t resist soon enough.

We must resit RIGHT NOW. Big Government doesn’t like being out-gunned. Too bad!

Biden actually said “No amendment to the Constitution is absolute.” Really, Joe? Does that include the 13th Amendment? Apparently so since he wants us all to become slaves to his big globalist government. Once our rights are removed they won’t come back without another Civil War.

Did Joe just declare one?

Don’t let a demented old fool such as Biden determine whether or not you can own a firearm. Remember, his son Hunter obtained a .38 pistol by lying on his application.

Nothing happened. Those who want to issue laws and orders to tell you what to do aren’t subject to their own dictates.

Most likely it’s Bolshevik Barack who is pulling Biden’s strings. Obama wants Joe to go after us MAGA people, whom he labeled ‘bitter clingers.” 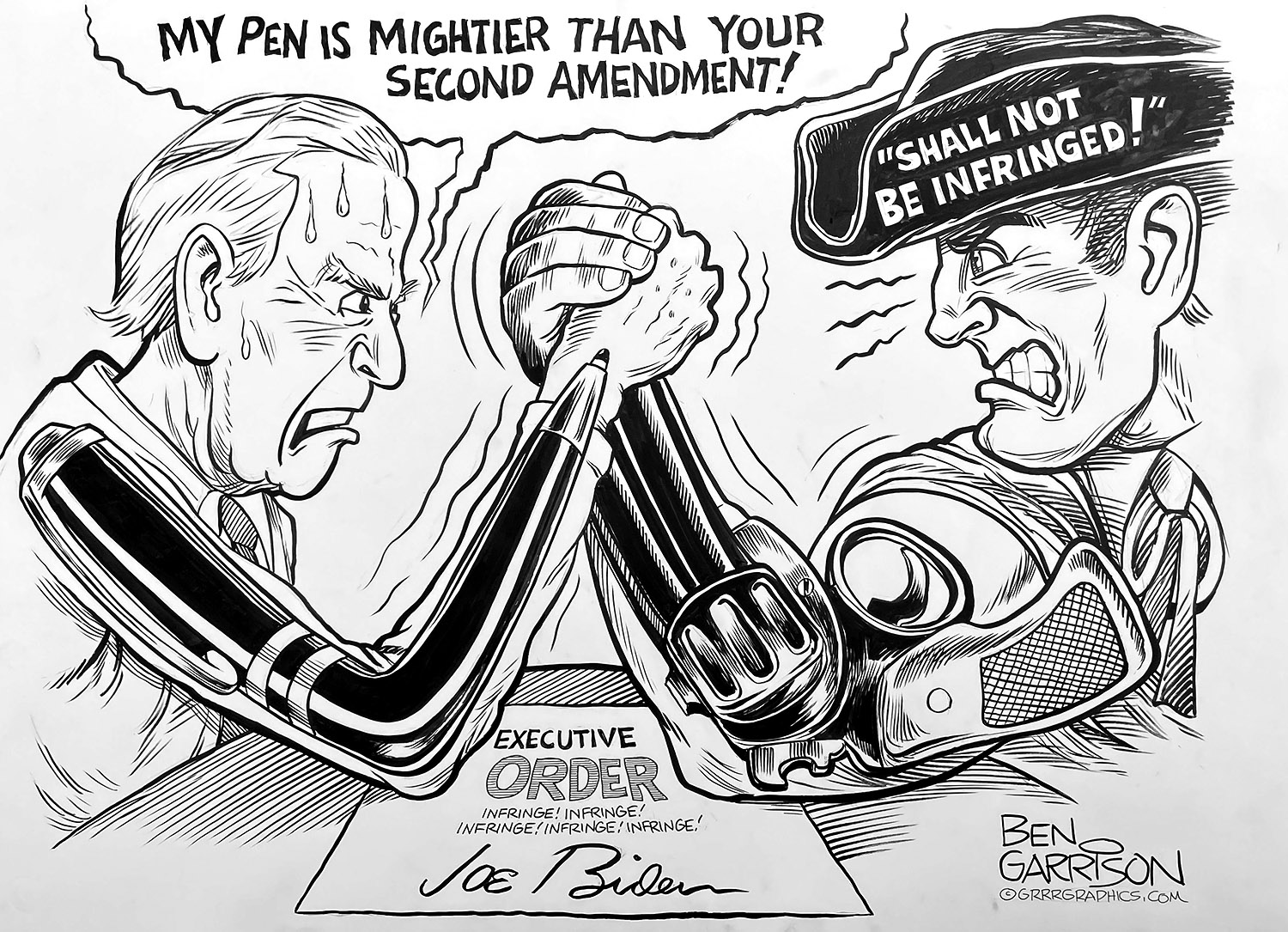 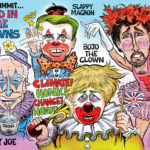 Fauci Opens A Can Of Wuhan On America

Biden- The Crook In Chief

Gas Prices Then And Now