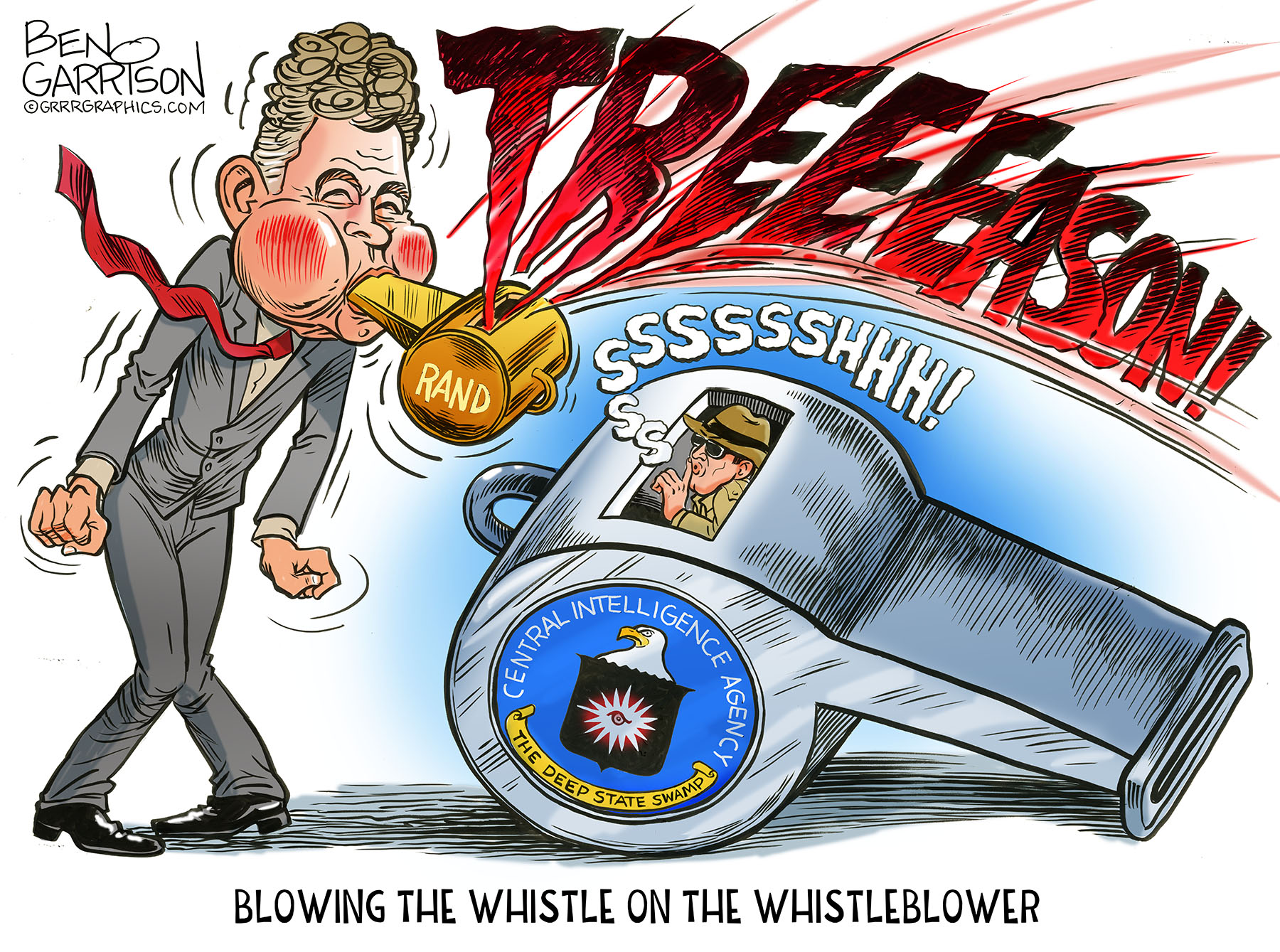 Senator Rand Paul has blown the whistle on the CIA’s fake whistleblower.

Rand is all for legitimate whistleblowers including Snowden. I agree with Rand that Snowden should be allowed to return to America. After all, he only did what whistleblowers should do. That is, reveal the corruption. In the case of Snowden, he revealed the Deep State’s egregious violations of our Constitution.

On the other side of the spectrum is a fake whistleblower that is part of Deep State itself. Everyone already knows the name of this whistleblower, which has been revealed to be a partisan anti-Trumper planted in the CIA by Obama to spy on the Trump campaign, and then invent reasons for the impeachment of a lawfully elected president.

What we are seeing now is an attempted coup. The Deep State got away with crimes and corruption for decades and especially under Obama, who allowed the plunder of Ukraine. Now he wants to plunder Trump, who is trying to end the corruption and restore the rule of law. All corrupt roads lead to Obama.

We all know the Deep State Swamp needs draining. It’s them or us. If they win, we’ll live in a tyrannical, Stalinist police state. It’s already here for Roger Stone, who must endure a show trial conducted by an Obama-appointed judge and several anti-Trump jurors.

It’s time to blow the whistle on the Deep State and their treasonous whistleblower.