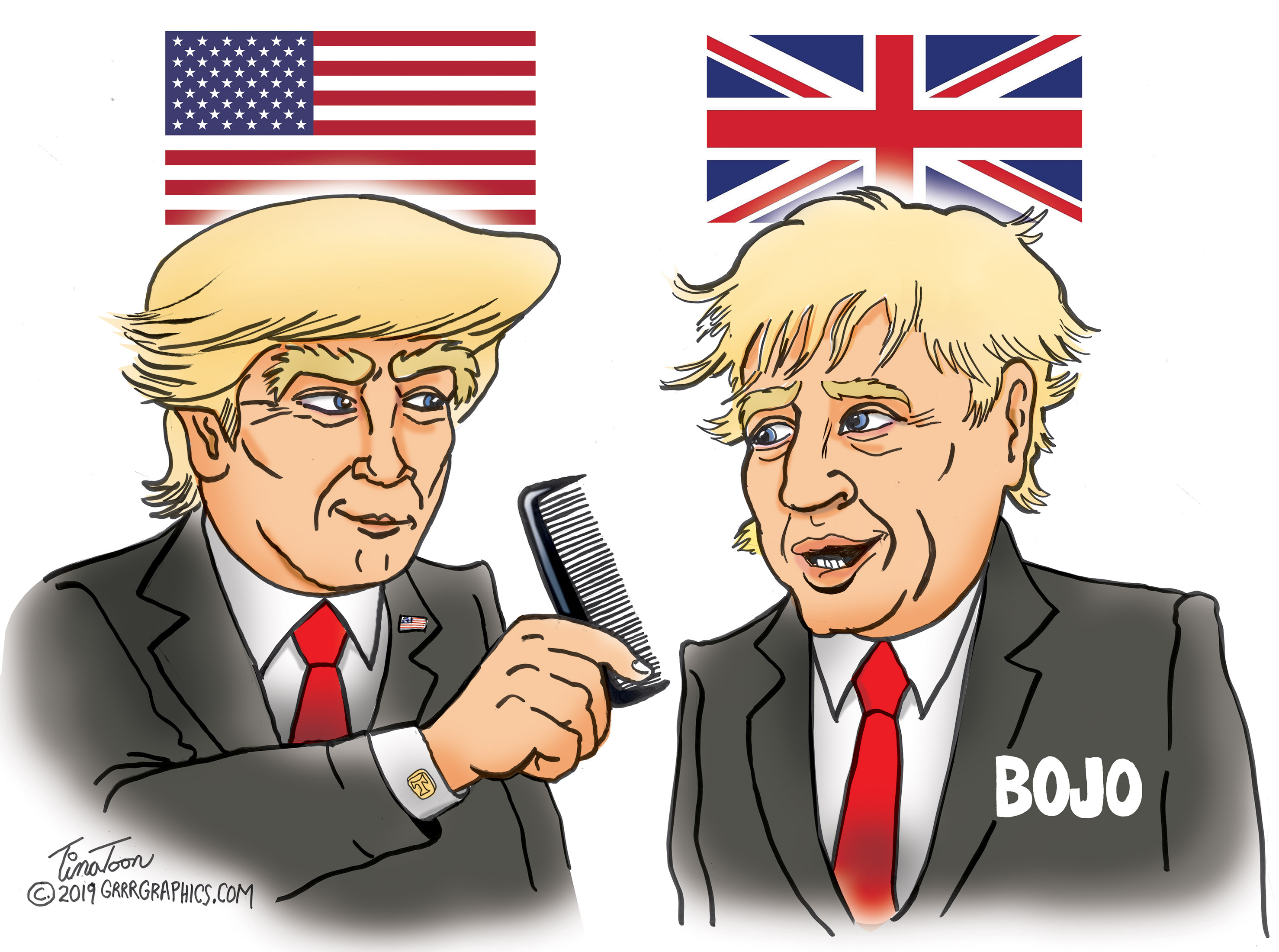 Time to spiffy up Boris!

Boris Johnson will be appointed Britain’s next Prime Minister on Wednesday.

We now have two ‘orange man’ leaders in the west. In addition to President Trump, there’s the Pro-Brexit Boris Johnson, or “BOJO.” He is Britain’s new prime minister.

BOJO will try to succeed where the previous prime minister, Theresa May, failed. That is, leaving the European Union.

Trump predicted Johnson would “do a great job” and that they would get along well. They do have similarities. Both want to control the endless influx of people from 3rd world countries looking for free stuff. Both have blonde hair and blue eyes. They’re both conservative.

Neither much care for the current mayor of London,  Sadiq Khan.

BOJO is an Oxford man who was trained in the classics and he speaks several languages. He said his hero is Winston Churchill. Britain will need another Churchill to drain their swamp, which is nearly as bad as ours here in America.

It will be interesting to see how Boris Johnson starts out.

Maybe he can start by running a comb through his hair.

Support GrrrGraphics with a Donation! Fight the Squad and the unhinged Left with Weaponized Cartoons!