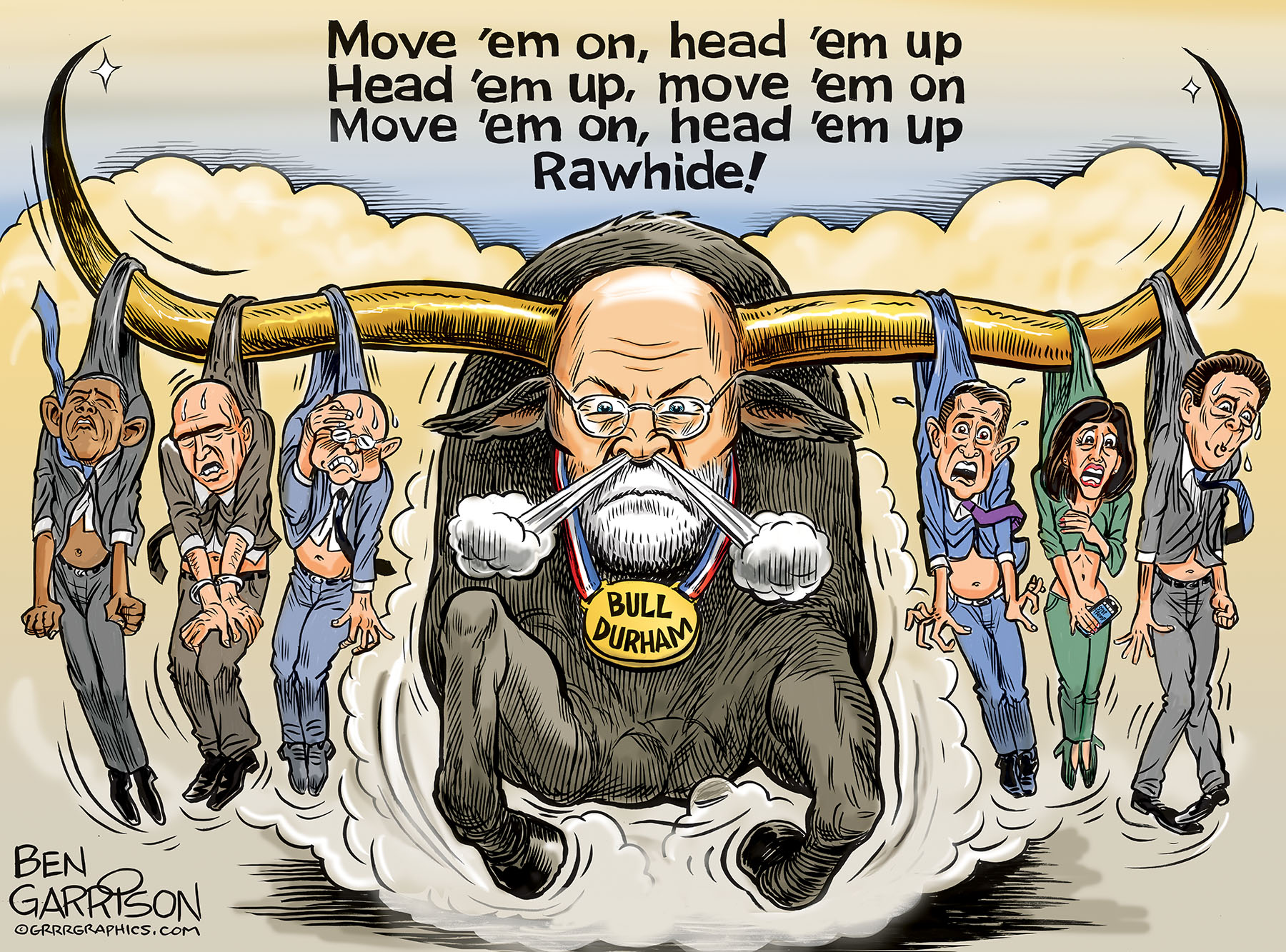 U.S. Attorney John Durham is conducting a criminal investigation into the FBI and Justice Department.

Those who drummed up false evidence to carry out an attempted coup on President Trump are now sweating bullets.

Predictably, many Democrats are accusing President Trump of ‘weaponizing justice,’ but that’s exactly what the conspirators did and taxpayers spent at least $30 million to fund Mueller’s investigation into Russia collusion involving Trump. He came up with no evidence whatsoever.

Somebody has to pay, and we may now (finally!) see some swamp draining. The Deep State Swamp, that is.

Round them up and lock them up! 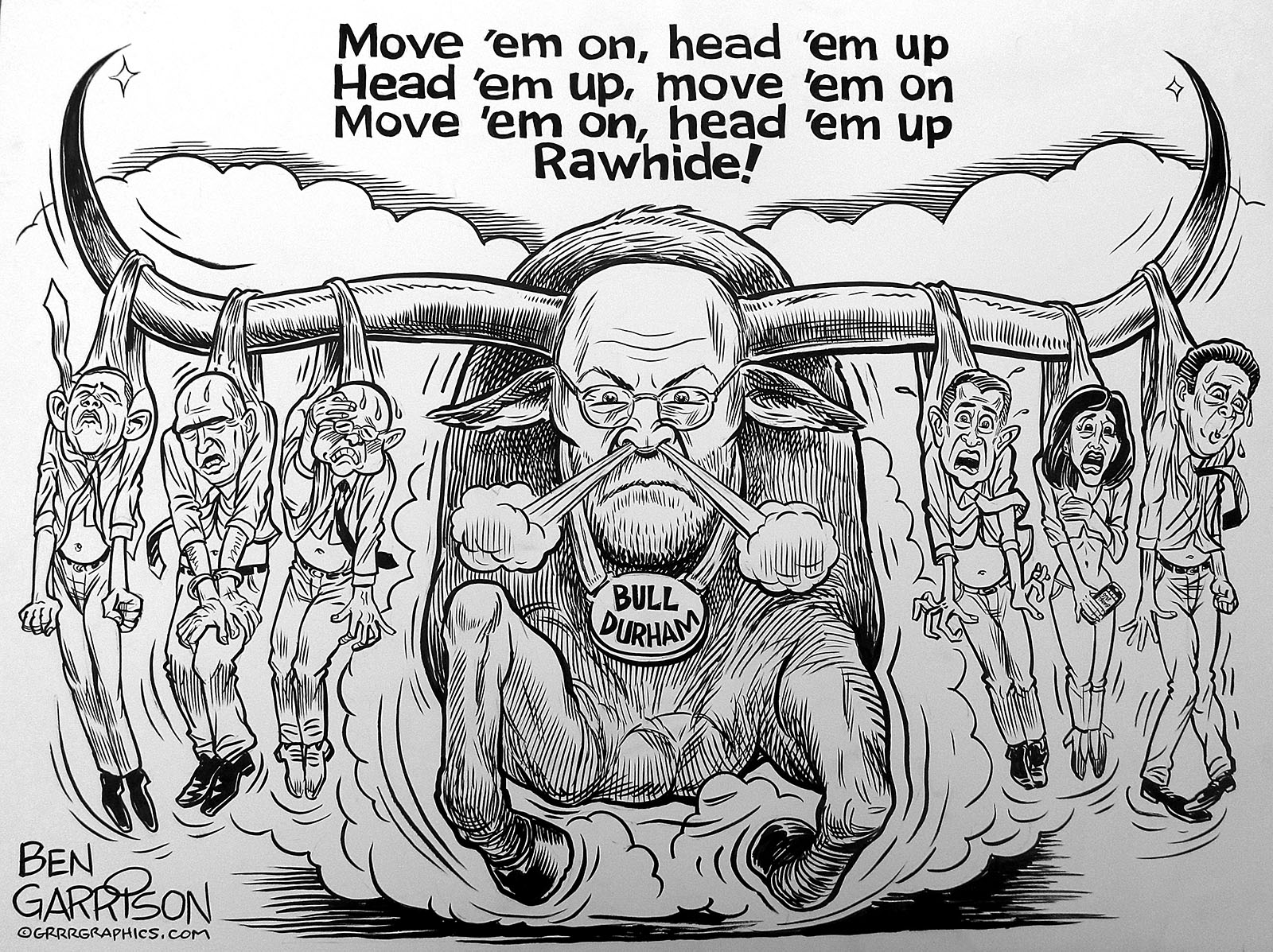