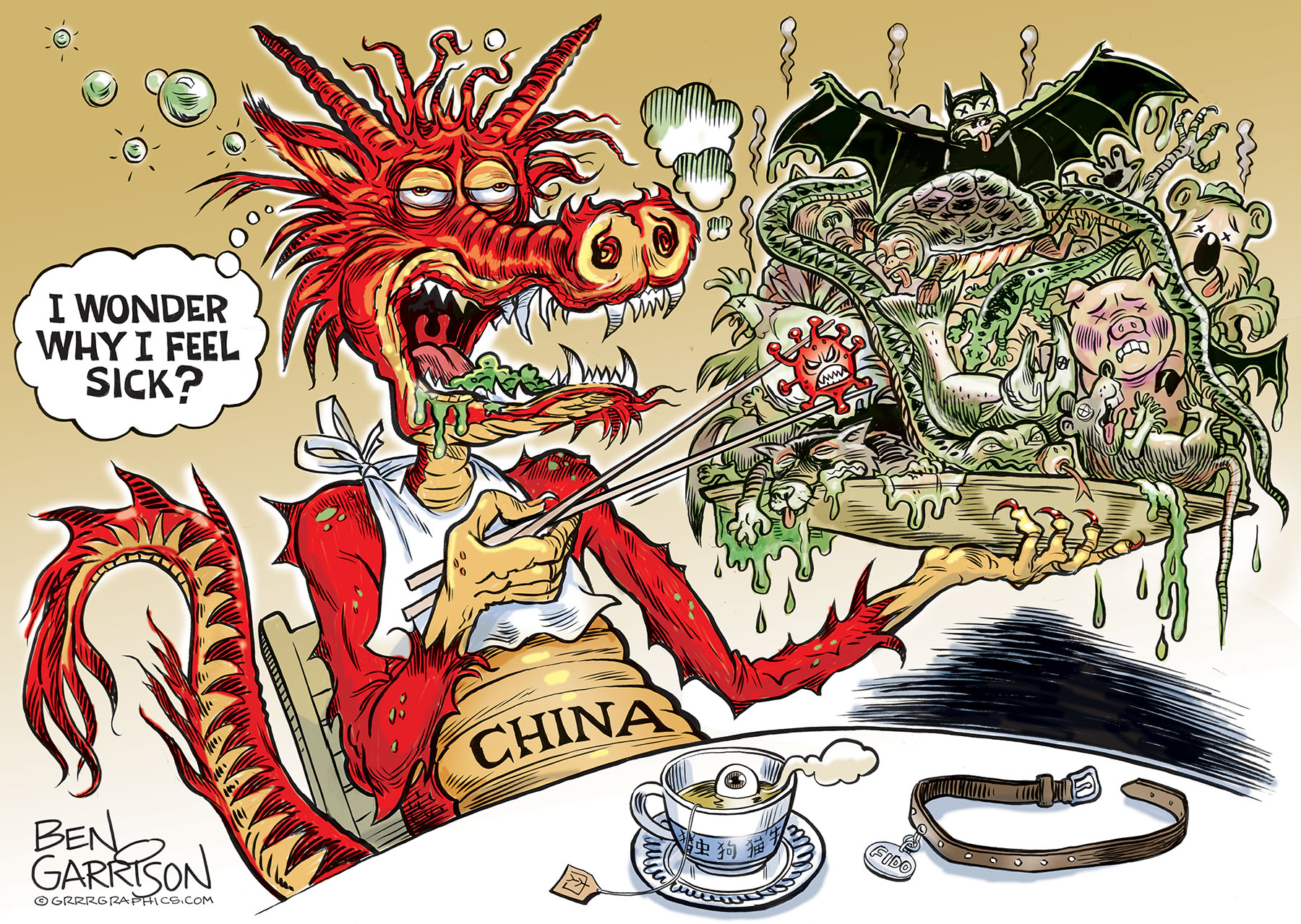 This wasn’t part of the trade deal…

China’s President Xi Jinping has warned that the ‘coronavirus’ is spreading even faster than before. Millions are quarantined in several cities. Was it a bio-weapon released by accident? Did it occur when the virus mutated and jumped among various animal species?

The Chinese eat a great variety of animals, which can be found in ‘wet meat’ markets throughout the country. Various viruses can mutate and jump among species and then get transferred to humans. The Chinese authorities themselves say it could have originated at a seafood market where illegal transactions of wild animals were occurring.

Such wet markets offer a mix of a great many species including crocodiles, ostriches, donkeys, kangaroos, snakes, badgers, peacocks, camels, salamanders, wolves, koalas, dogs, cats, turtles and incredibly enough, bats! Apparently some people in China will eat just about anything. Worse, the animals involved are often mistreated or even tortured (to bring out the flavor). It’s sick behavior and while it may not be scientific, there’s a certain amount of karma involved when nature strikes back with viruses.

China also caters to some very weird and abusive superstitions and traditions such as ‘tiger penis soup,’ which is supposed to increase virility. Thankfully, the authorities in China have outlawed such an evil ‘harvest,’ but the black market remains.

China is also well known for being one of the most polluted countries on Earth. The communist dictators have no respect for the freedom of their own people and certainly no respect for their own environment. Their disrespect toward nature has brought about the deadly coronavirus.