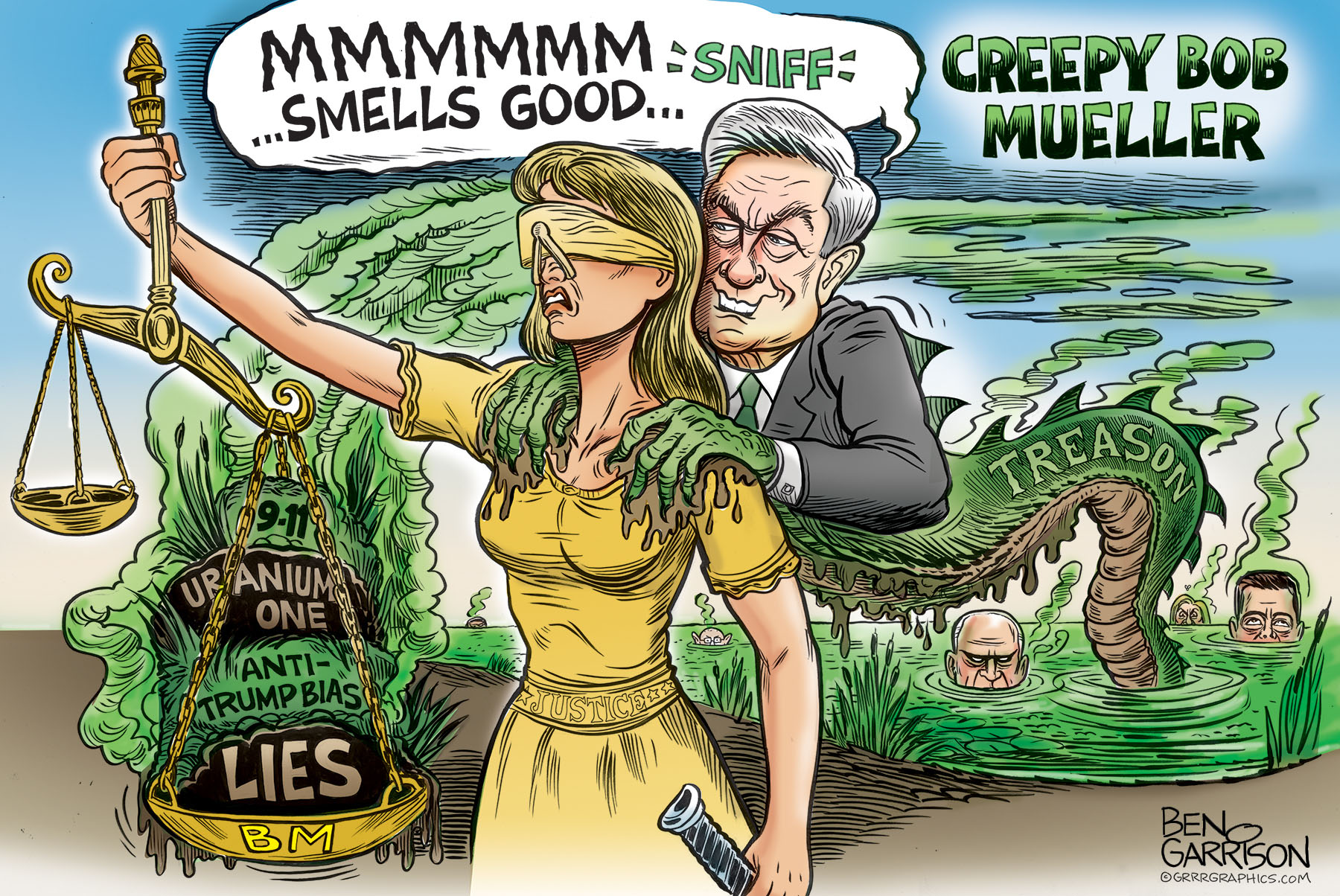 Mueller sounded weary and fearful during his press conference.

He should be fearful—he’s an absolute disgrace.

He said he had no confidence that President Trump did not commit a crime, then he added there wouldn’t be a successful court resolution. Its Mueller’s way of saying Trump is guilty, but the legal system would prevent Trump’s prosecution. This is disgusting and devious.

What happened to innocent until proven guilty?

Why did Mueller blatantly lie about Russians hacking into the DNC server, when we know it was Seth Rich who leaked damaging email and info about primary rigging to Assange? Why didn’t Mueller investigate that? Why didn’t they look at Hillary’s illegal server? Why did they allow her to destroy evidence, which is blatant obstruction of justice? Because Mueller’s job was to throw dirt on Trump and protect Hillary, who was the Deep State’s choice for president.

Mueller wants the harassment of a lawfully elected president to continue. He called on Congress to consider impeachment despite his own report which exonerated the president. He suggested Trump may have engaged in ‘obstruction’ which is pure bunk. Trump did his best NOT to interfere with Mueller’s probe. It dragged on for two years with zero evidence of Russia collusion. Mueller refuses to go before Congress, probably because he doesn’t want to be dismantled by harsh questions. He’s a coward.

The lying swamp creature known has Mueller is stinking up the joint. He did his best to get Hillary elected and then went on a $30 million fishing expedition to dig up dirt on Trump. He found nothing, but if Mueller himself ever get investigated, they’ll find plenty—including dirt on his involvement with 9-11 and the Uranium One scandal.

Creepy Bob Mueller’s behavior stinks. He has taken advantage of our justice system to defend his fellow swamp creatures with the support of a corrupt mainstream media.

It’s time to break up or at least reorganize the FBI and CIA. These agencies have had way too much power for way too long and they’ve used it to rig the system to further their own power. When challenged, they cry ’national security’ at ever turn.

The swamp remains in dire need of a thorough draining. Isn’t it odd how Christopher Wray at the FBI and Gina Haspel at the CIA are resisting Barr’s effort to get to the bottom of it all? It’s because they are part of the Deep State also.

The swamp of treason runs much deeper than we thought.

BEN GARRISON ORIGINAL ART NOW AVAILABLE TO COLLECTORS! OWN YOUR PIECE OF AMERICAN HISTORY IN THE AGE OF TRUMP! RESERVE YOUR ORIGINAL ART TODAY! CLICK TO RESERVE 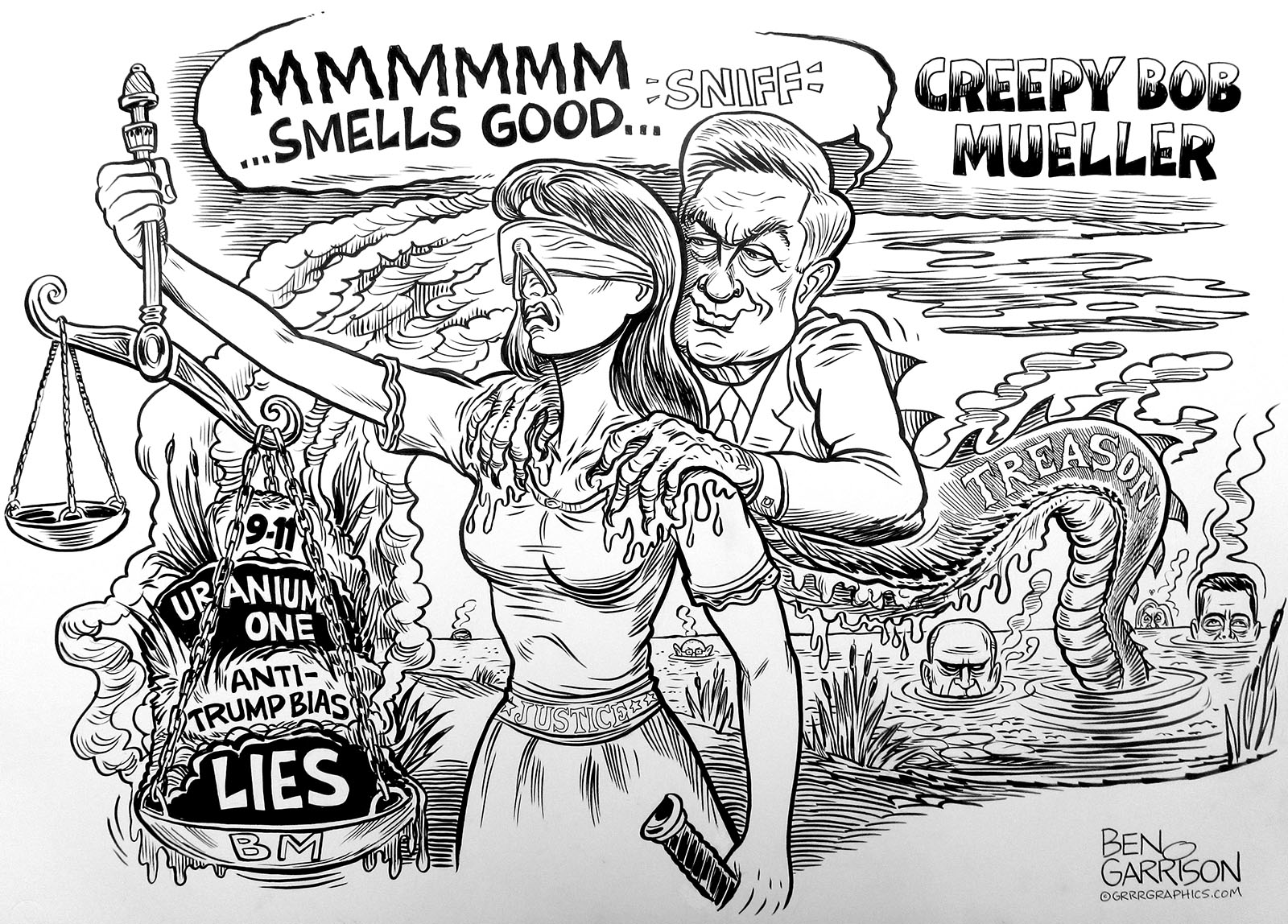