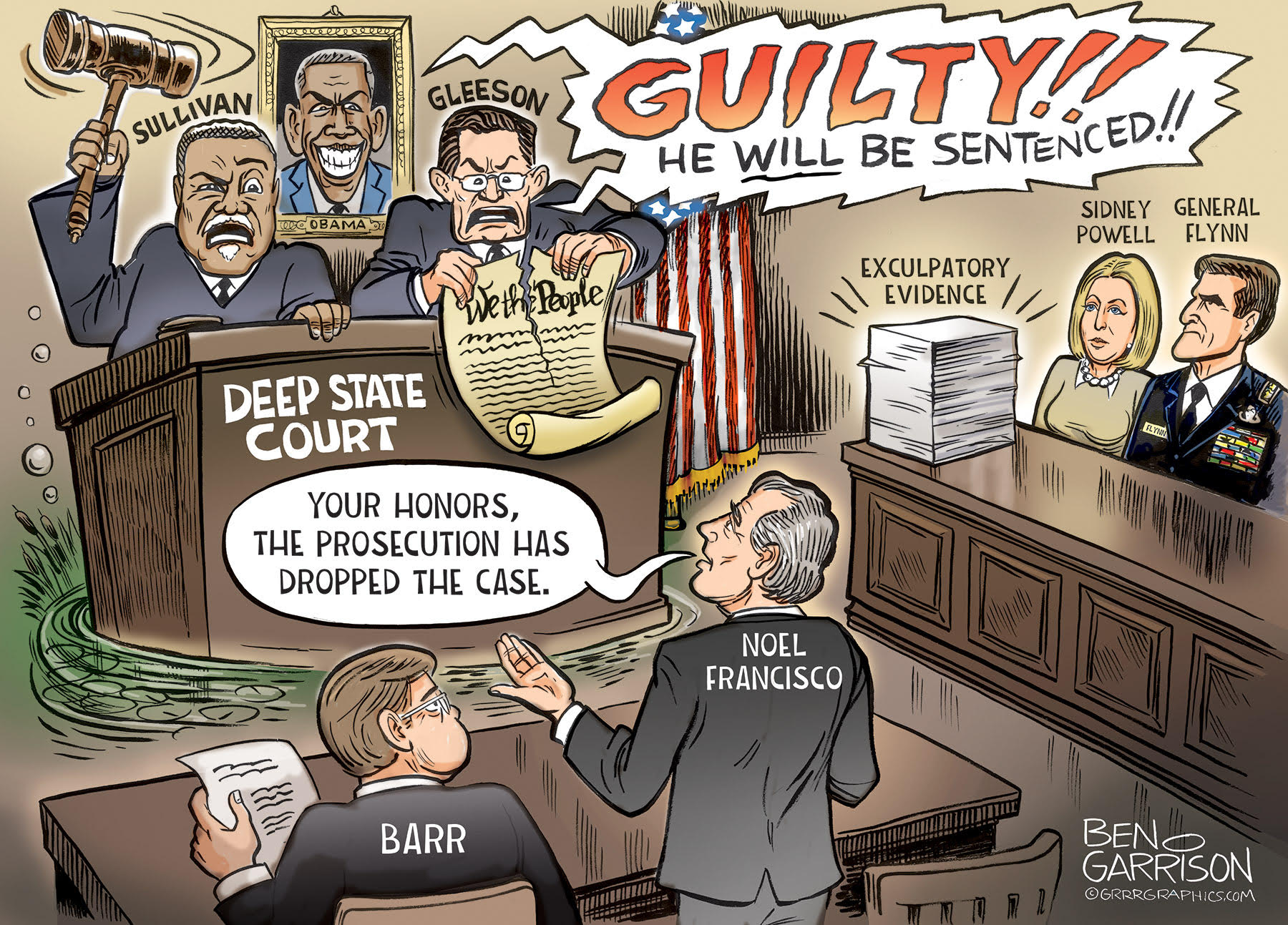 This cartoon has been inspired by Sara Carter’s superb article, “Powell Files Stunning Motion Against Gleeson: It’s A ‘wrap-up smear’ against Flynn,” in SaraCarter.com, 17 June 2020.

The entrapment and rail-roading of General Michael Flynn — and his subsequent betrayal by the law firm he hired to defend him, Covington & Burling LLP — are a microcosm of what the Deep State and a very corrupt legal system controlled by the Deep State does every day to most citizens. Indeed, the Holder Memorandum that took jail off the table for Wall Street financial criminals who are now known to have stolen $100 trillion from Main Street through a practice known as naked short selling (selling shares that do not exist, not delivering them, keeping the money), stands out as emblematic of what Matt Taibbi calls The Divide — one law for the rich, and one law for the poor. Covington & Burling’s partner Eric Holder let the rich off the hook at the same time that Covington & Burling threw Mike Flynn under the bus, charging him $3.5 million for stabbing him in the back.

The US Constitution draws a clear distinction between the roles of the executive and the judiciary, and Judge Emmet G. Sullivan, who has in the past been praised by Sidney Powell in her book Licensed to Lie: Exposing Corruption in the Department of Justice, appears to have lost sight of both the Constitution and past Supreme Court decisions. His hiring of a retired judge who has multiple conflicts of interest, John Gleeson, deepens the legitimate criticism of what can best be called a judicial witch hunt devoid of evidentiary foundation.

As Carter describes the Powell brief, Gleeson is depicted as duplicitous (a liar) and as executing a “wrap-up smear” (defamation with malice).

The paragons of integrity here are the independent investigators shining a light on the egregious misconduct of FBI agents, and the production, finally, of 86 pages of newly produced exonerating materials discovered and proffered by the government in support of its long overdue motion to dismiss. Attorney General Bill Barr, and Deputy Solicitor General Noel Fran Francisco, are bastions of integrity in comparison to the severely impaired judge refusing to dismiss the case.

This cartoon has been sponsored by Robert David Steele, learn more about him at https://robertdavidsteele.com. 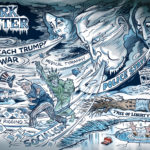 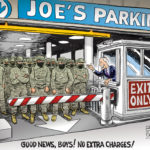