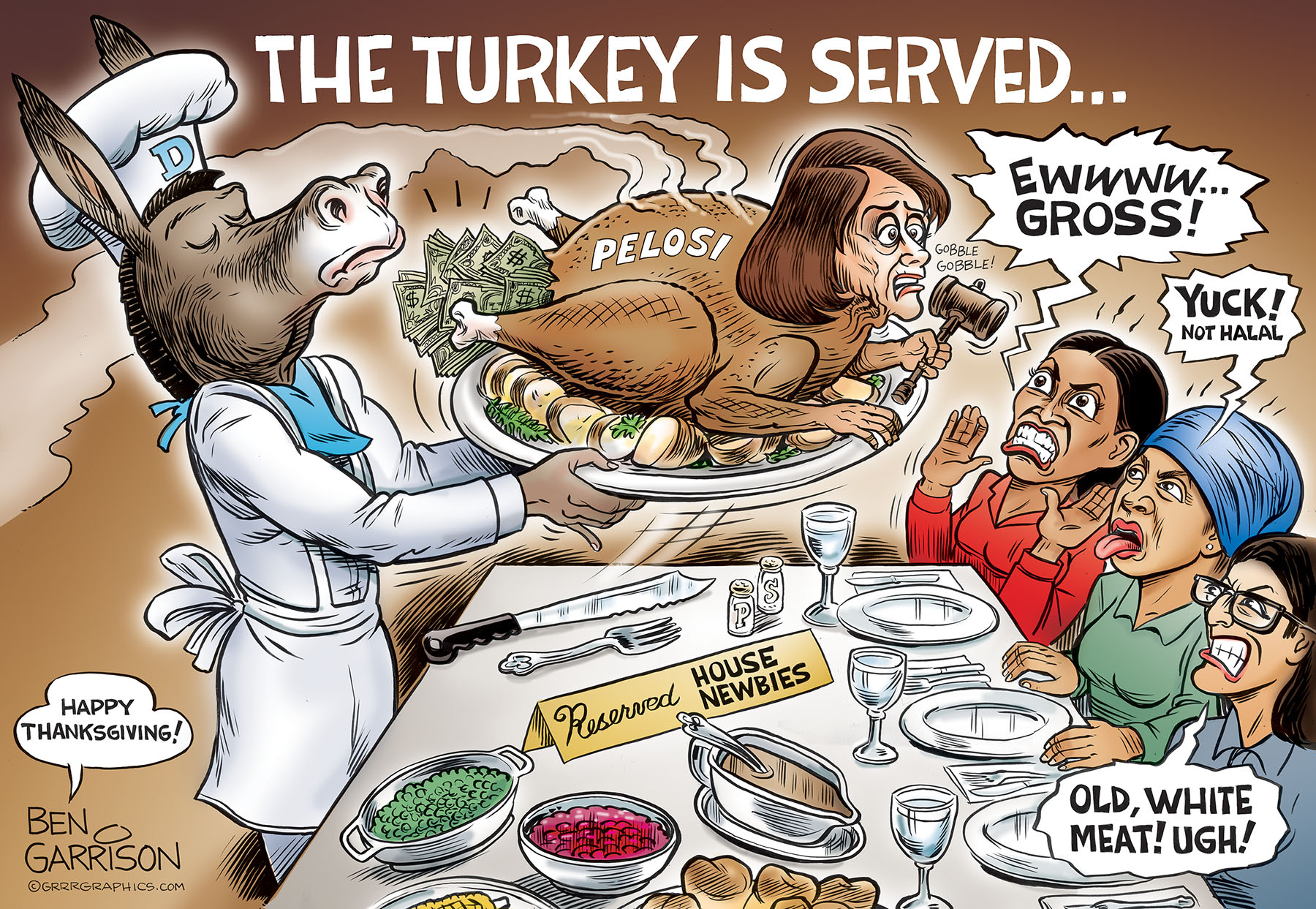 Happy Thanksgiving! The Democrats serve up Nancy Pelosi as the Speaker of the House in 2019.

I sketched out a thumbnail idea that involved Nancy Pelosi receiving something I labeled the ‘Golden Turkey Award.” She was shown happily receiving the trophy as a tribute for her accomplishment as a corrupt, greedy politician with Trump Derangement Syndrome.

It didn’t quite work, so I drew another sketch showing Pelosi herself as a turkey. That led to this cartoon and as an added touch I decided to show her backside stuffed with money. After all, that’s Pelosi’s main concern: fundraising. She’s very good at it. She attracts big money from fat cats and corporations. Oh sure, she pretends to be for the downtrodden and impoverished, but in reality she’s about money and power. Like Hillary, she doesn’t give two shakes about the poor. Pelosi knows those who raise the most money can buy power and influence. That’s why she’ll most likely become Speaker.

Some of the newly elected representatives don’t like that idea. After all, Pelosi is pushing 80 and has had many embarrassing senior moments while speaking. When she does speak, her words amount to empty platitudes. This does not inspire the new generation of socialists in the Democrat Party, but they will go along. Otherwise, Pelosi will make sure a fork could be stuck in their political careers, because they’ll be done. Ocasio has already realized this and is reluctantly supporting Pelosi, even though she finds her very hard to swallow.

Pelosi has become astoundingly wealthy through her political practice and that disgusts me. Alas, we’re stuck with her. She should be tarred and turkey-feathered for all the dirty money she has gobbled up.

A very warm and wonderful Thanksgiving to all of our friends!

Christmas Fun for All Deplorables! Merry MAGA Gifts at our Shop Click to have a Holly Jolly Christmas! 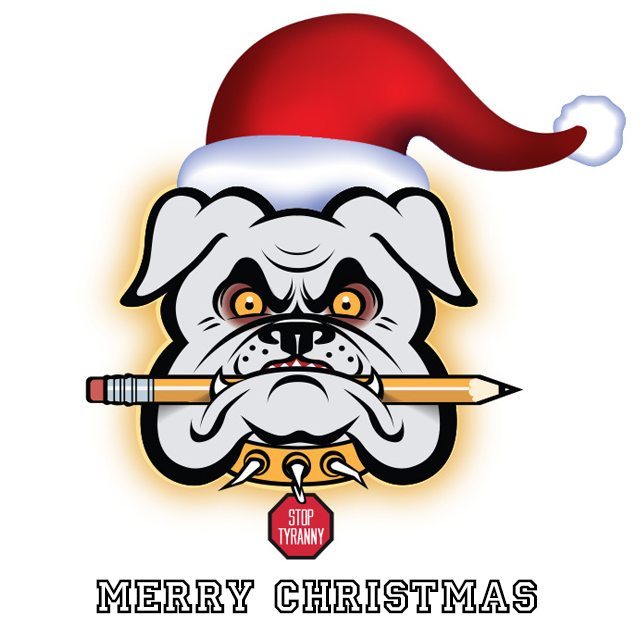