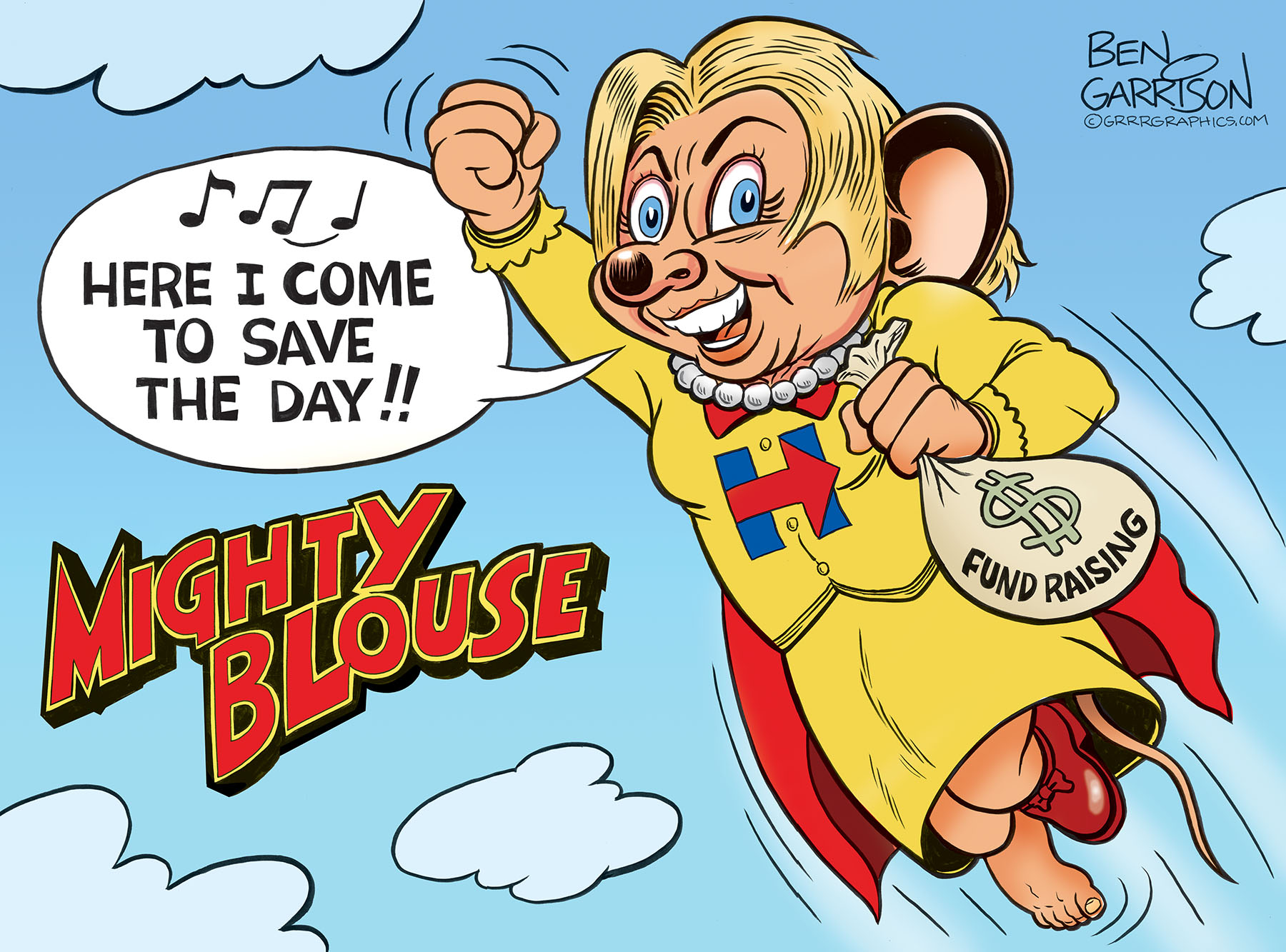 Hillary is running again. Biden is an over-aged gaffe machine. He’s a joke. The rest are far-left loonies. Bernie is a grumpy, crusty old communist. All of them will fall into lockstep for Hillary, who will be painted as an electable moderate.

She’s really an extremist—an extreme criminal. She’s violated campaign finance law at will for years and the FEC did nothing. She blatantly broke the law by spending campaign funds on the Steele Dossier out of Russia. It was a pack of lies designed to bring down a lawfully elected president. The FEC did nothing—but we all know Hillary is protected by the Deep State.

Support Cartoons on Patreon or SubscribeStar– Get exclusive cartoons including early release of all posts! Click to visit!

Now the FEC is shut down due to some quorum technicality and partisan politics in Congress is preventing its reconstitution. It probably won’t matter either way to Hillary, who is holding a $50,000 per plate fund-raising dinner party at her mansion. She’s amassing another huge war chest already. During her last run for the White House she outspent Trump 2-1. Maybe this time it will be 3 or 4 times to 1. Does anyone really believe she’s doing all of this just to fork it over to someone like Beto or Warren? I think not.

Hillary controls her party. She rigs primaries. She dictates policy, strategy, and staffing. She owns it. She’s the dictator of her party. Can you imagine Stalin handing her reins of power over to a subordinate? Of course not. Neither will Hillary. Like Stalin, she lives for power and control. She enjoys flaunting her corruption and evading justice. She’s a sociopathic criminal who spent most of her life angling toward the presidency. She’s not about to give up her goal now.

Hillary will be seen as the hero who arrives to save the day for the Democrat Party. Instead she’ll complete its destruction. 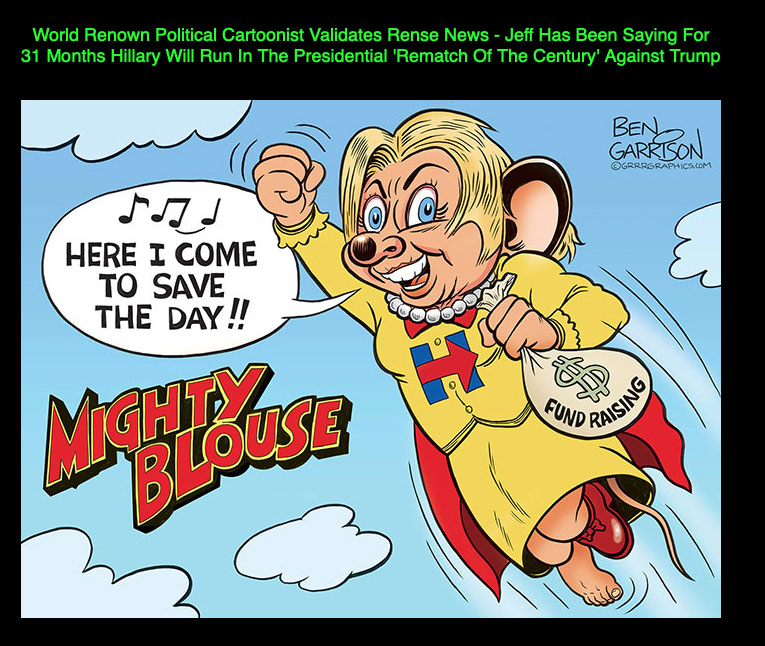