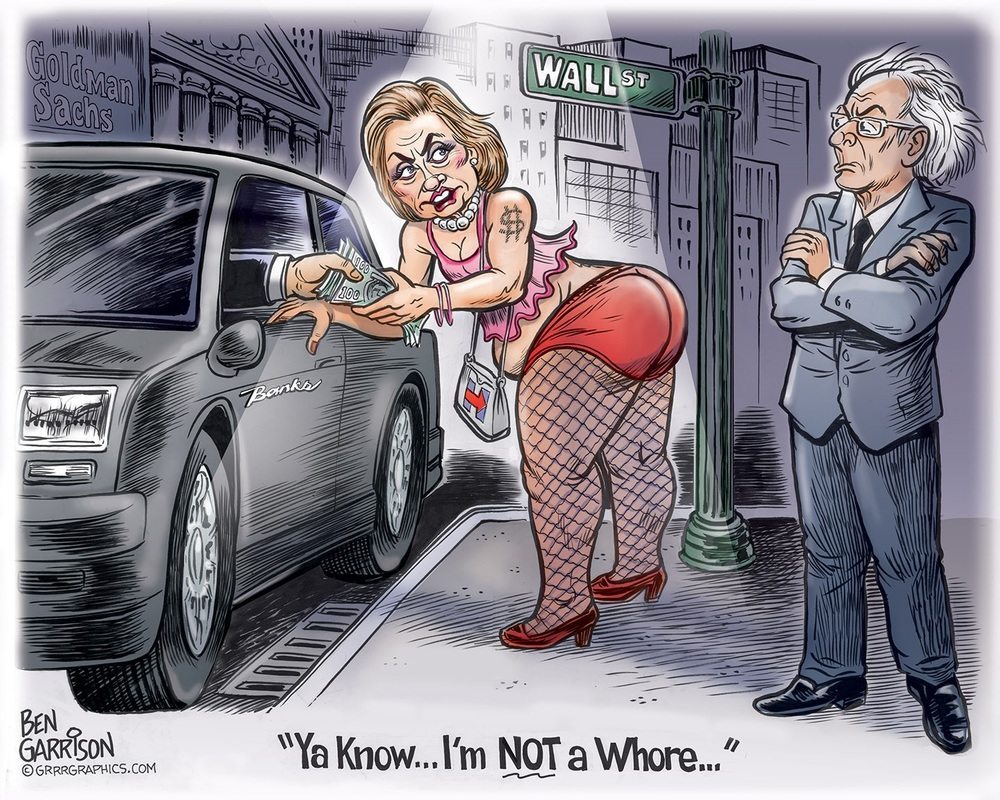 Hill-whore-y Clinton. She raked in millions of dollars from short speaking engagments paid for by big banks. She won’t tell us what she said to them, but I doubt it was anything along the lines of taking them down. Bernie never called Hillary a whore, but that’s exactly what she is. She’ll do anything to anyone to get money and power. She has no principles other than that.