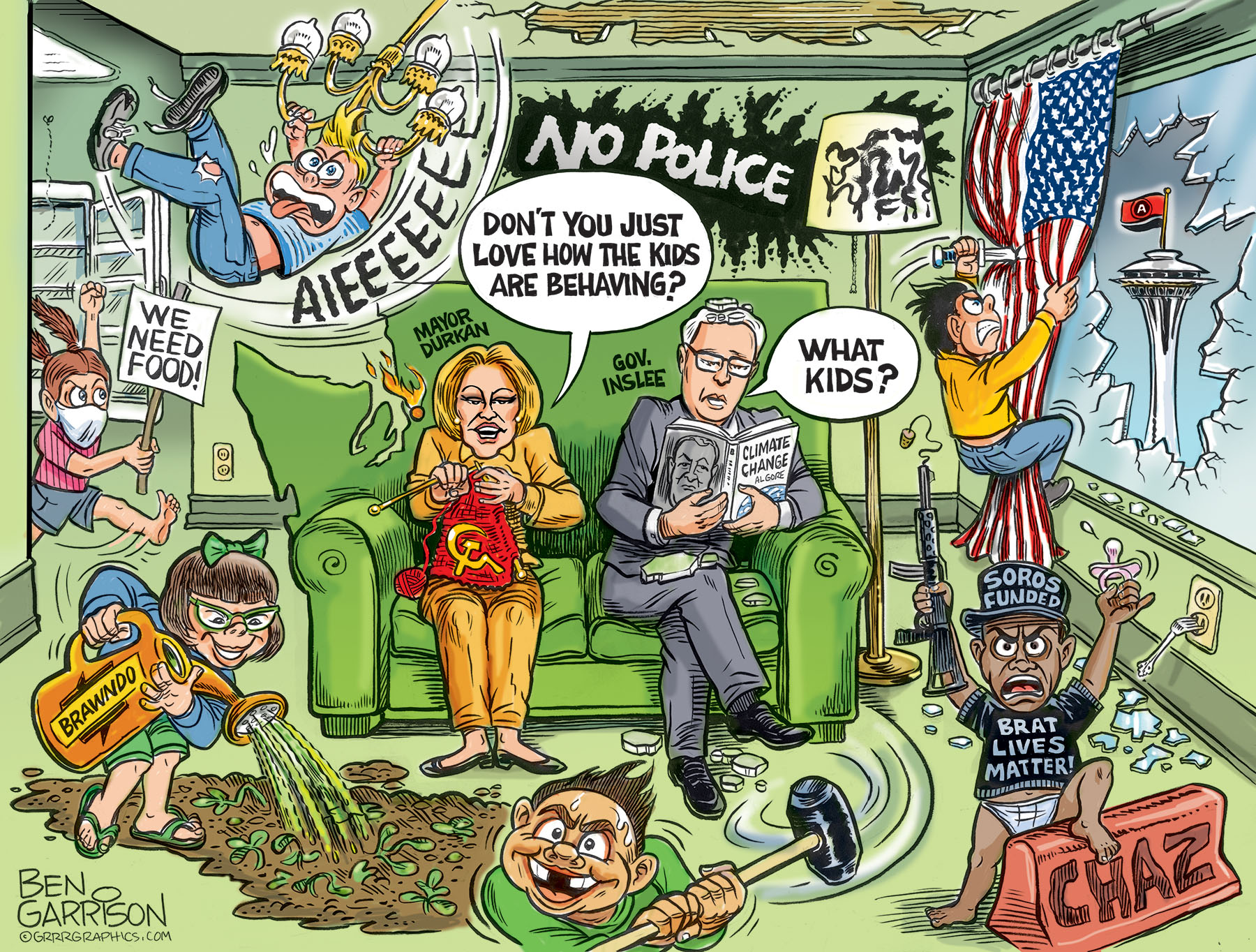 President Trump threatened to quell the rebellion in Seattle and shut down what’s known as the ‘Capitol Hill Autonomous Zone.” He must not do it. The Seattle Mayor and the Governor of Washington want him to intercede. It’s a trap. All violence will be blamed on Trump in order to dash his reelection bid.

No, it would be better to let the little experiment in Seattle play out. If the citizens of that city and state like what they see, let them reelect their mayor and governor.

Seattle has always been a left-leaning city. They have toyed with socialism since the early part of the 20th century, when the Industrial Workers of the World tried to exert their influence in the Puget Sound area. The result was the Everett massacre in 1916. Let’s hope another such massacre can be avoided as we watch the experiment unfold.

Another group that threatens violence is the Black Lives Matter movement, largely funded by the billionaire George Soros, who loves to see America divided. His BLM operatives are pushing for the elimination of police forces in major cities across the country. The question is, the cities in question have been mostly run by Democrats for years. Many have and have had black mayors. Why wasn’t ‘systemic racism’ handled earlier? No, instead they all blame everything on Trump and white people. Whites are told they are 100 percent racist—even progressive white people. We are told nothing has been done to advance racial equality since the Civil War. Really? What about affirmative action and the quota system? What about civil rights legislation that has been passed?

We are told we need to pay for the crimes of our ancestors in the form of trillions of dollars in reparations. This is nonsense. The bill has already been paid. It was called the Civil War and 620,000 people died in the battle to end slavery, including black soldiers. It’s time to stop kneeling from false guilt. Stop destroying statues and our history. Enough theatrics from Nancy Pelosi and her fellow kneelers. If she really felt guilty she’d be contributing her ill-gotten millions to poor back citizens.

The police do need to reform. They need to do away with their militaristic black uniforms, intimidating equipment, civil forfeiture, and bullying tactics. American citizens are not foreign combatants. City Halls need to stop using the police force as revenue collectors. A $100 ticket for not waiting a full three seconds before turning right on red is absurd. Don’t they know how much that hurts the poor? A speeding ticket should be $20, not $200. Do away with the ridiculous war on drugs altogether and our prisons would be far less crowded. Have the police fight real crime, not mark time shaking down citizens. There needs to be equal justice under the law for all races. BLM would have all justice removed—some in the ‘CHAZ’ takeover even want to do away with the court system. If they get their way, everyone had better be armed, because human nature and history say it won’t be a pretty outcome.