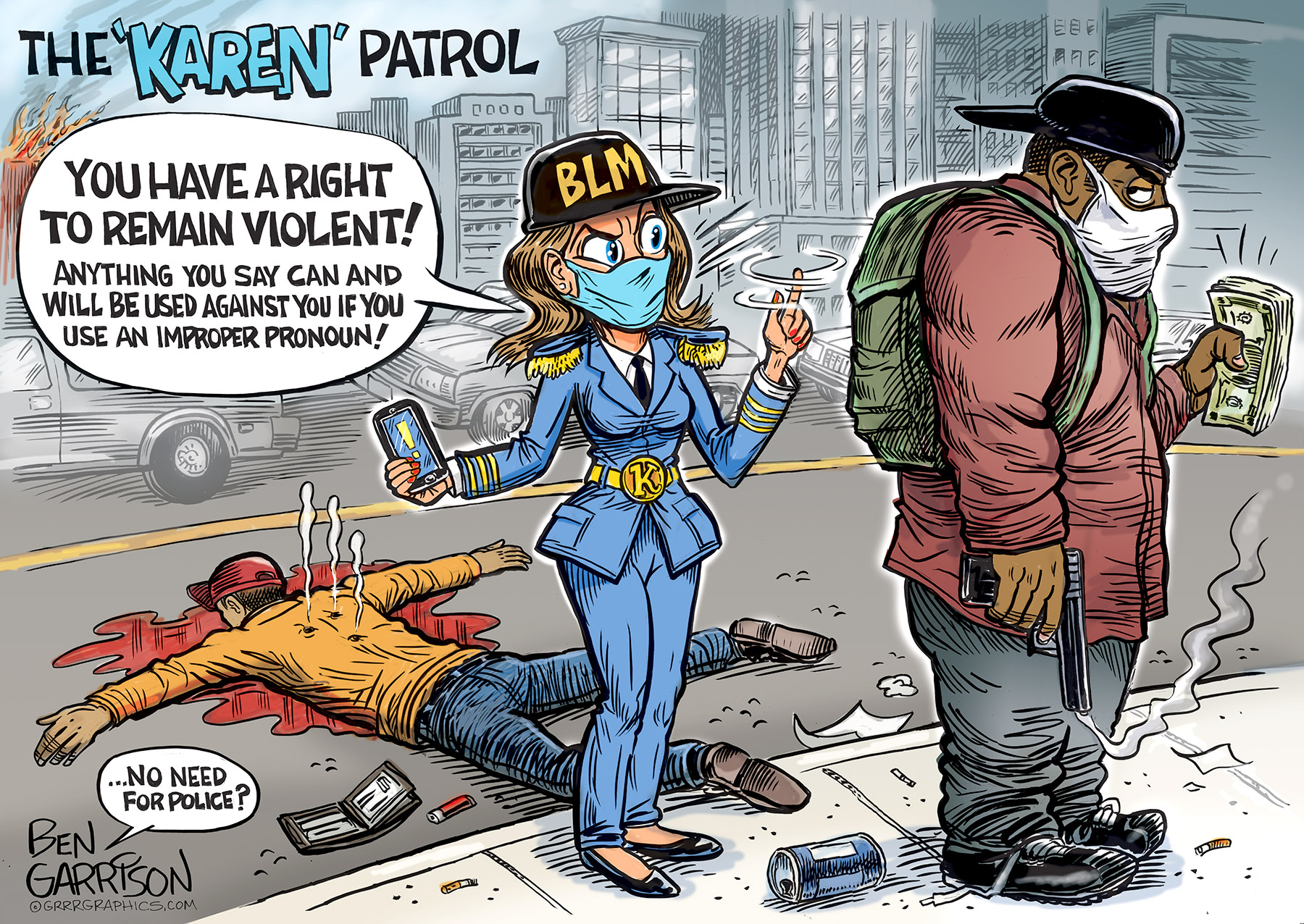 “You Have the Right To remain violent…”

Many big-named Democrats are seriously considering the de-funding or outright removal of police forces in many big cities.

Those cities have long been under the control of Democrats, who have no morphed into outright socialists. Apparently the police forces will be replaced by community volunteers such as Social Justice Warriors and ‘Karens.’ Some of the socialists are even considering doing away with jails, courthouses and the entire justice process.

I’ve had problems with police in the past. I do not approve of their ‘militarization,’ black uniforms, civil forfeiture, or their relegation to ticket-writing revenue collectors who fund statism and government growth rather than fighting crime.

Still, what the Marxists want will of course result in disaster. That’s intentional. To usher in their socialist system they must first destroy law, order, patriotism, and national pride. They use racism as a tactic that brings about fear, division, and chaos. They know that skyrocketing crime will lower property values and peace of mind. They want everyone stressed out, poor, and fearful. The Bolsheviks think it will make it easier for citizens to accept tyrannical socialism.

Replacing police forces with social workers will be amusing. Tragic, but amusing.

Maybe the “Karens” will also change the Miranda Rights to suit the times:

You have the right to be a victim. Criminals have a right to be violent as a means to express their frustration toward ongoing and systemic racism.

Anything you say, or ever have said, texted, emailed, expressed, or communicated in any way, at home or at work,ever, will be held and used against you.

You may pay for your own attorney who can help you properly virtue signal if you’ve violated political correctness as stated by the socialists.

As a victim of any perceived crime, you are not entitled to any investigation, justice, or financial compensation.  You are on your own.

You have a right to pay higher taxes. Reparations require your ‘fair share.’

If you resist any aggression,you will be deemed the aggressor and subsequently fined. If you flashed a firearm to defend yourself from any threat to life or property, your firearms will be seized.

You do not have to understand these rights as they’ve been explained to you because as a victim, you’ve already been assumed guilty of some sort of privilege, racism, xenophobia, homophobia, Islamophobia, sexism, bigotry, or other injustice.