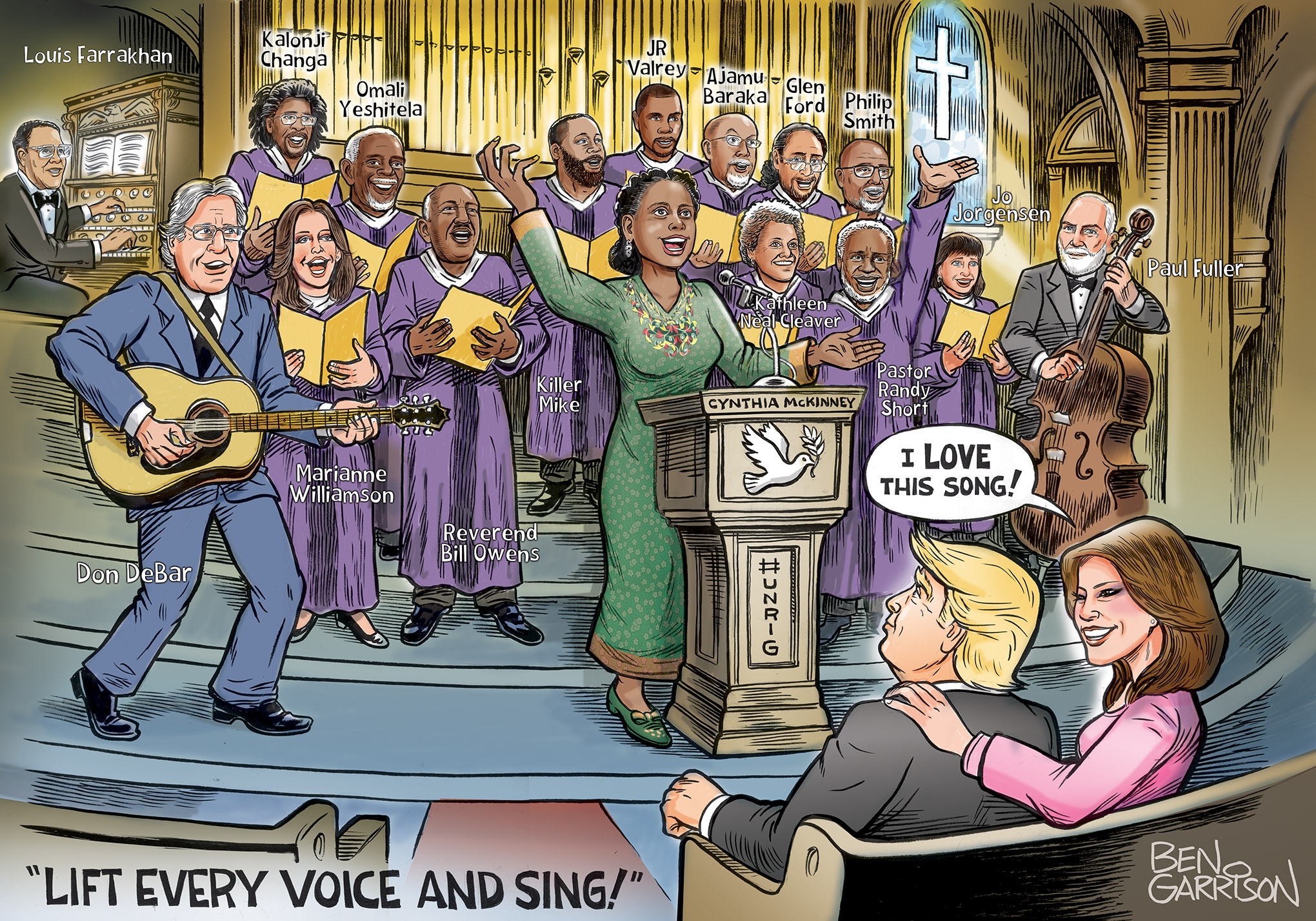 Lift Every Voice and Sing is widely viewed as the single most powerful black song in favor of unity.

Dr. Cynthia McKinney, uniquely a former six-term Congresswoman from Georgia as a Democrat and also a Green Party presidential nominee, is one of the authentic Black leaders of America who are waiting for The President to use the power of his office to unleash opportunities for Black patriots who love America and want equal access to political office, to capital markets, to workplace dignity, and to the President of the United States of America.

This cartoon celebrates authentic black leaders, all but one – JR Valrey — ignored by the White House, and a handful of selected white voices also not heard by the White House. Each of these leaders asserts they had nothing to do with the protests; they condemn the protests that seek to divide black patriots from white patriots in support of globalization and its agenda; and they stand ready to lift their voices in song for a united America, provided President Donald Trump accepts their offer of support in formulating an Executive Order – ideally to be issued on 19 June 2020, the 19th of June being a date of great significance to all black Americans – that pardons both Native American and Black Panther leaders still in jail for defending their communities from government assault; creates a National Police Safety Board (NPSB) able to respond to police incidents with the same degree of speed and competence displayed by the National Transportation Safety Board (NTSB); and simultaneously declares that the police will be demilitarized, subject to the rule of law when they abuse their armed force; and that they will no longer receive training from foreign powers.

On the organ, Louis Farrakhan, Nation of Islam.

In the choir to the left, Kalonji Changa, How to Build a People’s Army; Omali Yeshitela, founder of Uhuru Movement; Marianne Williamson former Democratic presidential candidate, author, The Politics of Love; and Reverend Bill Owens, President of the Coalition of African American Pastors, over 7,000 in number.

On either side of the group, Don Debar, producer and host of Community Public Radio, and Paul Fuller, jazz bassist, composer, producer.

We join our brothers and sisters in Christ in calling for every American to lift their voices in song and prayer, toward unity with integrity, toward uniting all patriots black, white, and every color. #MAGA! Patriots all bleed red. 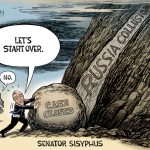 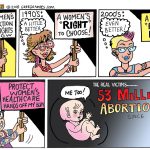 Ben Garrison Speaks About GrrrGraphics Censorship
The Tip of the Iceberg 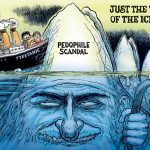 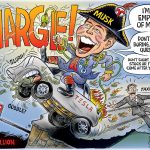