Creepy Uncle Joe is well known for his fondling, cuddling, and hair sniffing.

We’ve seen countless videos of him standing behind women and doing such things, but he gets away with it because he’s a Democrat with high status. More outrageously, we’ve also seen him shamelessly pawing little girls. He touches them, rearranges their hair, and tries to smooch on them. The old pedophile gets away with that too, because he’s Joe Biden.

When his eldest son, Beau, died of brain cancer, he made sure his other son, Hunter, was set up. He arranged a cushy job for him as a public affairs officer in the Naval Reserve. Hunter avoided extensive training or qualifications because a special program of direct conversion from civilian-to-officer was used. At 43, he also over the program’s age limit, but got in anyway with a waiver because his dad is Joe Biden. He soon got caught using cocaine and was discharged. He also divorced his first wife to hook up with Beau’s widow. Hunter’s divorce was messy and his ex revealed he had been spending very large sums of money on strip joints and drugs. The media mostly ignored this because his dad is Joe Biden.

Joe went to Ukraine as vice president and started cutting deals. His son Hunter was installed as a board chairman of one of Ukraine’s largest natural gas companies, called Burisma Holdings. Suddenly Hunter made $3.1 million on the deal even though he had no Ukraine or gas experience. However, he did have a powerful father named Joe Biden.

Joe and son also traveled to China and met with President Xi. Another deal was struck. The Chinese government through one of its banks gave Hunter $1.5 billion dollars for a real estate deal.

Could it be likely that Hunter would have gotten this far in life without the help of dear old dad and such nepotism? I think not. Do the Bidens fear an investigation from our justice department? I think not.

Biden pretends he’s good ol’ Uncle Joe—’lunch bucket’ Joe who is out for the little guy and the working class. It’s all an act. Joe may not be the richest man in Congress, but his son certainly is on his way to making sure the Bidens prosper, thanks to the payoff-to-play deals. Biden’s son was in contact with the same corrupt Ukrainian oligarchs that got Manafort a jail term.  Why didn’t Mueller investigate Hunter?

Oh, I almost forgot. His dad is Joe Biden. 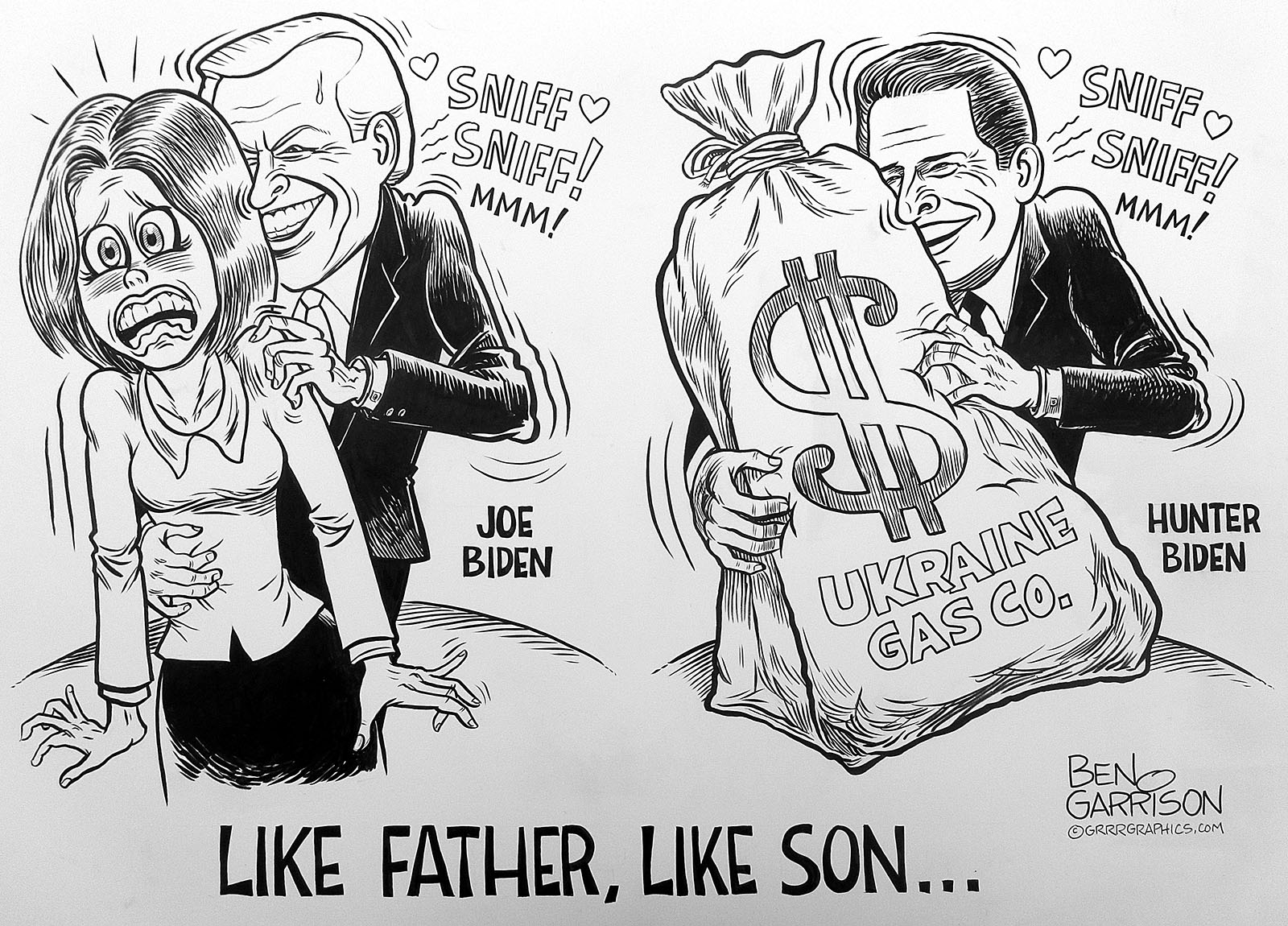