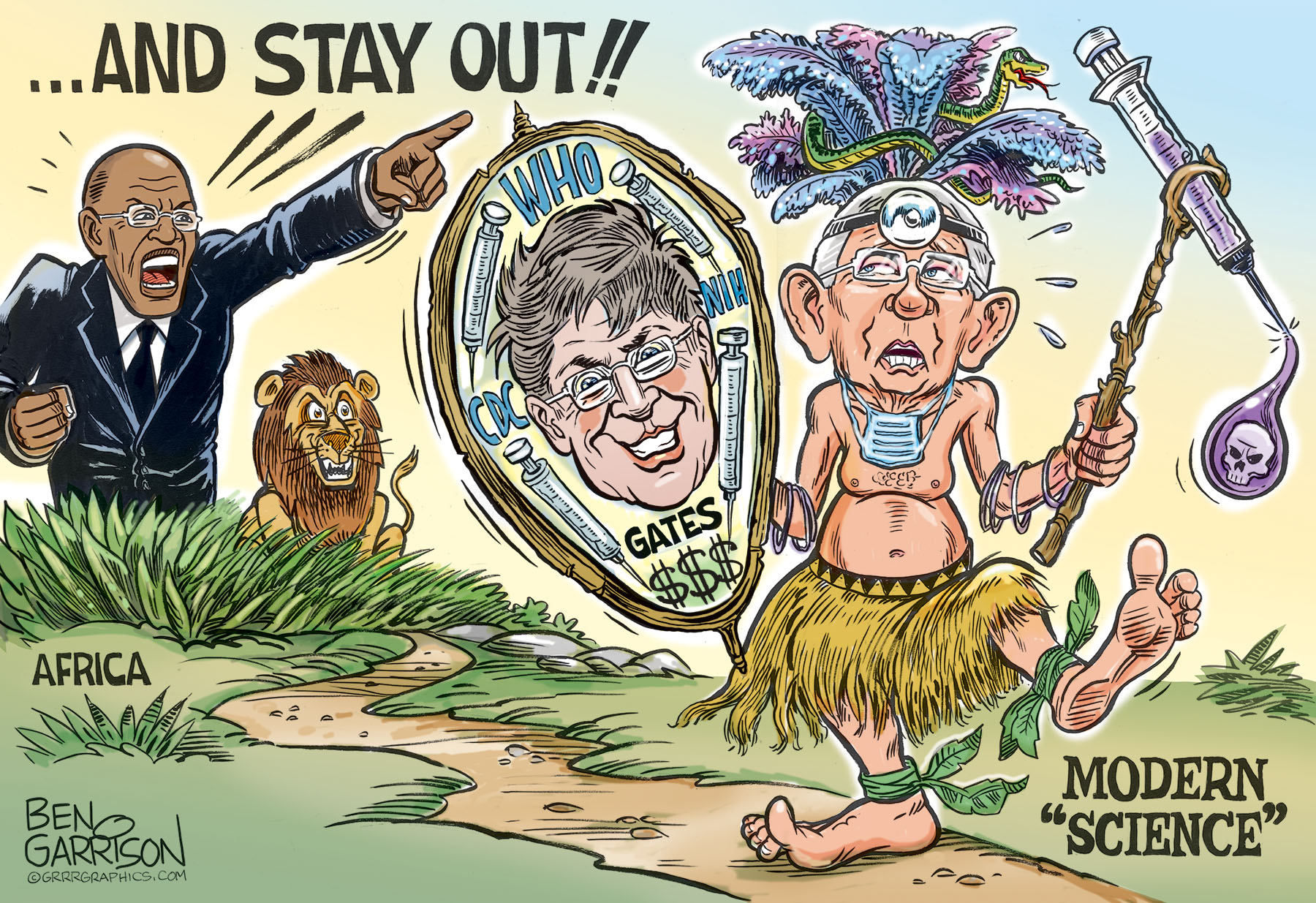 Kicking out the Witch Doctors!

Tanzania President John Magufuli, who holds a doctorate in chemistry, kicks the World Health Organization out of his country.

Africa is waking up to the medical tyranny being imposed upon them by Bill Gates and his operatives. Tanzania’s president kicked out the World Health Organization after he set a trap for their COVID-19 testers. He submitted goat and papaya samples and they all came back COVID-19 positive. We know the tests are unreliable, but Tanzania proved they are also ridiculous. Apparently many African countries are more savvy to what’s going on than the brainwashed western countries.

Burundi also kicked out the WHO Coronavirus Team and now Ghana is finally waking up to Bill Gates and his efforts to control world population by means of his foul vaccines. The president of Madagascar recently claimed the WHO offered him millions of dollars in bribes to allow Gates to inject poisons into the population there. Gates possesses tremendous wealth and and can buy his way into such countries. He supports the WHO and many big pharma platforms. He has bought up medical influence and control to implement his eugenics plans. We know Gates’ ultimate goal is to tag every human being on Earth by means of vaccination. Whether it be by tattoo or chip, he wants everyone on HIS planet to be part of his digital identification program, also known as “ID2020.” Otherwise known as the ‘mark of the beast.’

Medical science corruption is not only occurring in Africa, but also all over the world. Many countries are waking up including India and Italy. Bill Gates and his operatives have been denounced in those countries as ‘vaccine criminals.’

By shoveling vast amounts of money to organizations that control health, Bill Gates has been able to control the data and influence behavior. He owns bureaucrats such as Dr. Fauci, who has become no better than a modern witch doctor.

Gates has been able to run his agenda and claim its legitimacy by repeating the powerful and magic word, ’science.’ His version of science has been politicized and corrupted by big money.

We should never allow ourselves to get marked by Gates. Do NOT take his vaccines or indeed, any vaccine.