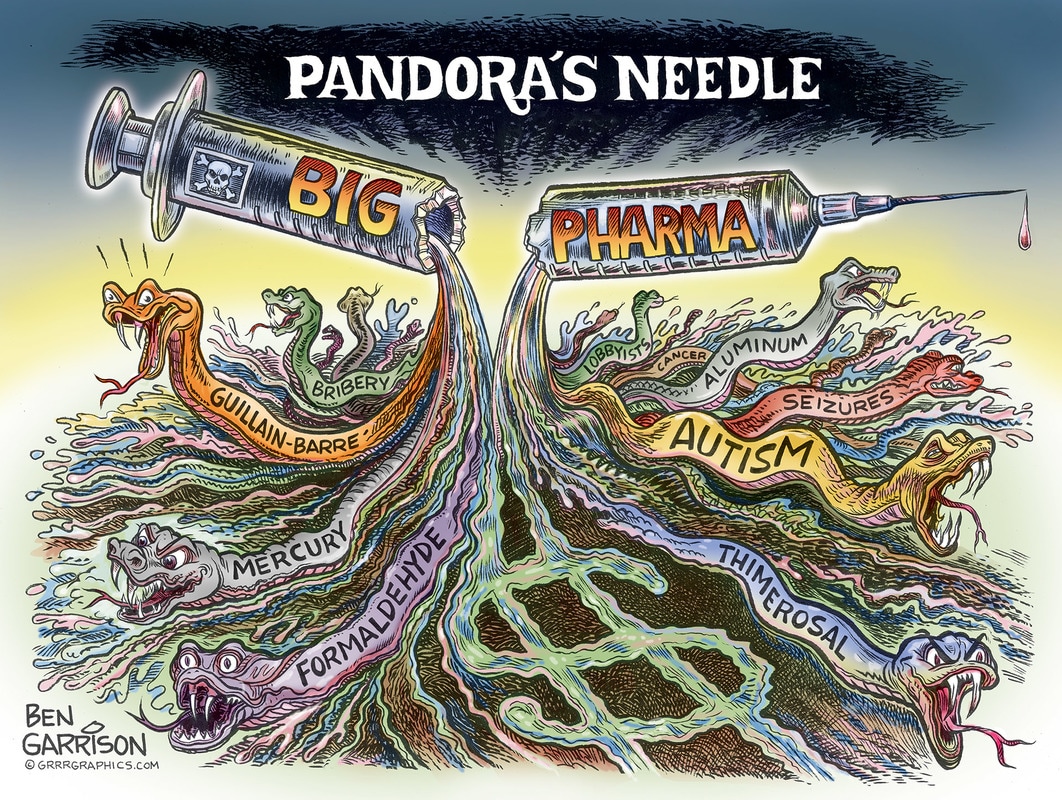 This cartoon is based on the ancient Greek legend of Pandora. She opened the box (actually it was a large jar) out of innocent curiosity and hope. Instead of hope, evil was released and it had long-lasting effect. That about sums up the current situation with Big Pharma with their endless vaccinations and concoctions designed to make them ever-more money.
I’m not anti-science and vaccinations have been a great benefit to mankind. (Yeah, I know that last word is not PC—too bad). Inoculations have prevented a lot of death and suffering. Like anything, though, it can be and has been abused. Babies are now treated as pin cushions. They receive up to nearly a dozen vaccinations well before their own immune systems can develop. Autism has gone up astronomically as a result. A search engine query produced this:

If you follow the CDC’s recommended vaccination schedule, your child will receive 49 doses of 14 vaccines by the time he/she is 6 years of age. And by the age of 18, the CDC recommends that children should have gotten 69 doses of 16 vaccines.

Big Pharma employs lobbyists and operatives to make sure doctors push new drugs in return for kickbacks. Recently South Korea fine Novartis $50 million for such practices. (Novartis denies that it’s their policy). It boils down to money. Pushing drugs is profitable for big Pharma. They are tied in with the globalists. Therefore, natural cures are suppressed. Now they want to ‘control and regulate’ supplements.

It’s all about money and science can be greedy. In Japan, we saw what happens when greed and science combine. We got the Fukushima nuclear facility—stupidly built on a tsunami-prone coast and on an earthquake zone. Spent fuel rod pools were constructed atop reactors to save time and money. Dangerous short cuts were taken because it increased profit margins.

We see the same greed with ‘climate change.’ Scientists are told to provide data to prove global warming, and they are well-plied with globalist money to do it. The greedy huckster Al Gore recently stated he wanted $15 trillion to stop global warming. Scientists who question the climate change narrative and paid data lose their jobs and reputations. Science is not immune to corruption and human frailty. They can be bought out as easily as politicians.
All authority needs to be questioned. It includes questioning scientific and medical authorities. Your child’s life may depend on it. 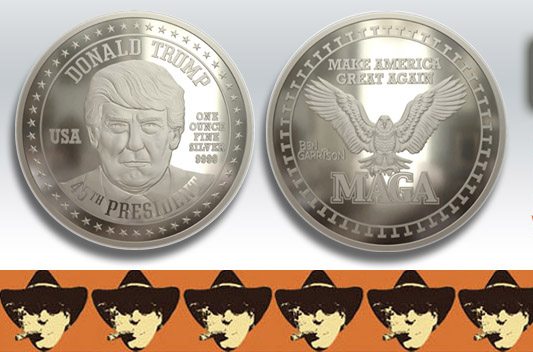