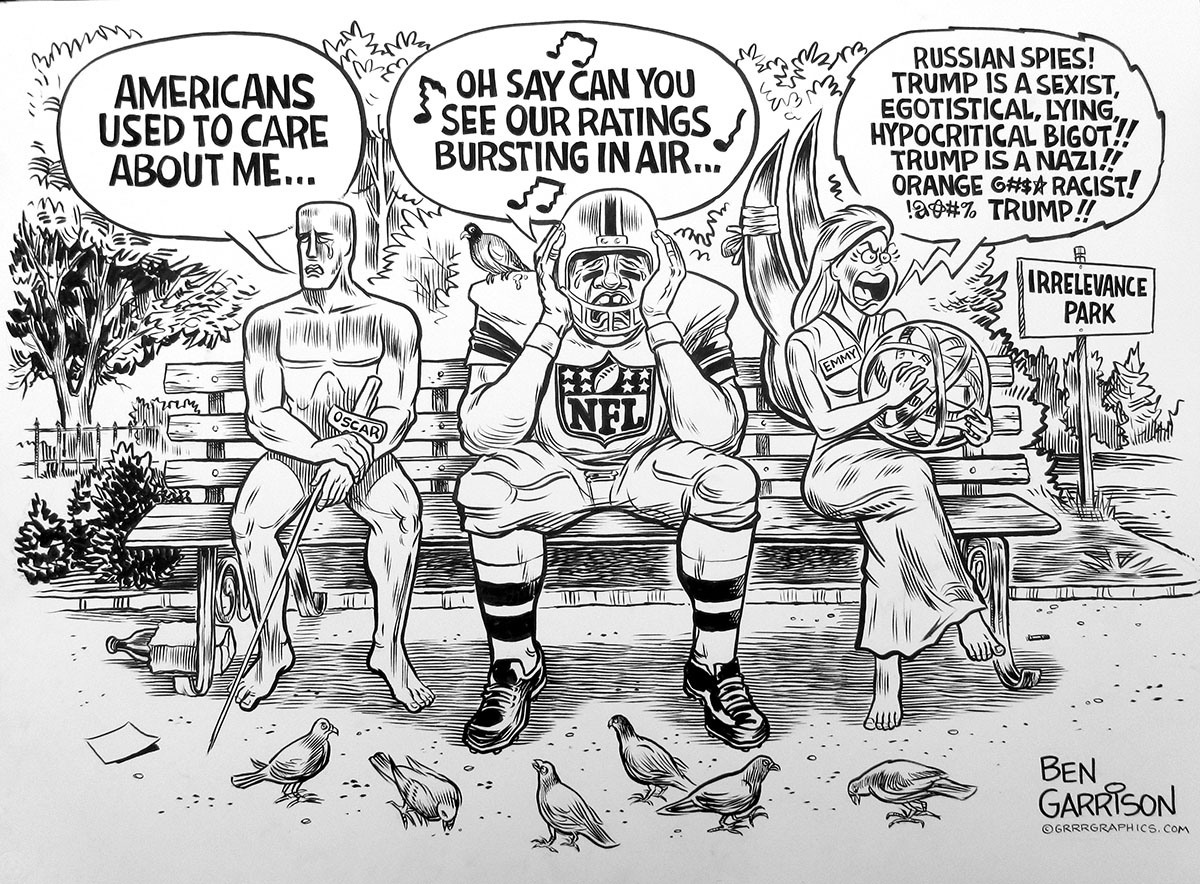 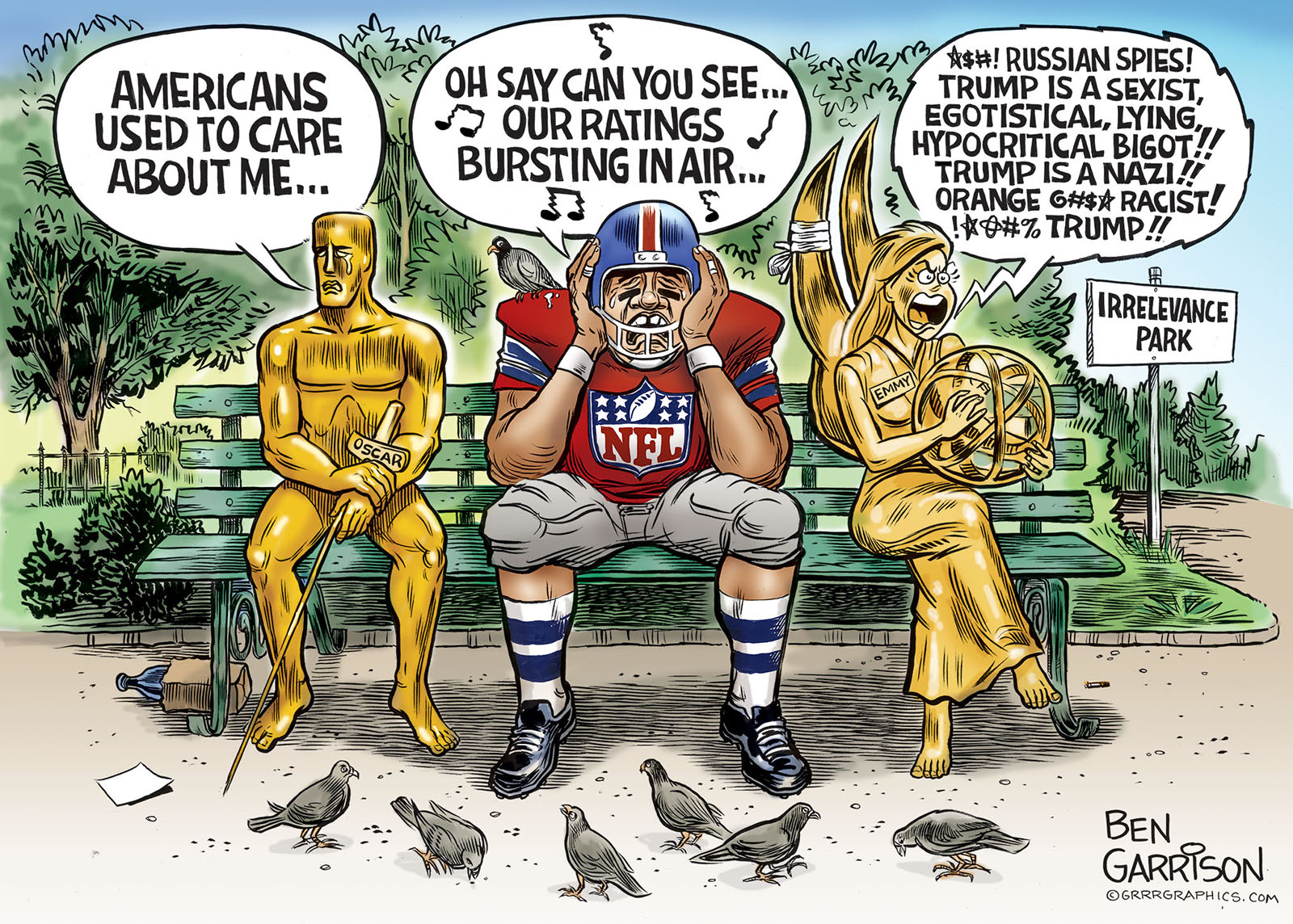 Revenues are down nearly 16 percent–a precipitous drop from last year. The NFL ratings are also crashing. “Thursday Night Football” is down 13 percent from last year and fewer fans are attending games. The Emmys ratings have also cratered. What’s causing these declines? It could be that leftist politics are being injected into American entertainment.