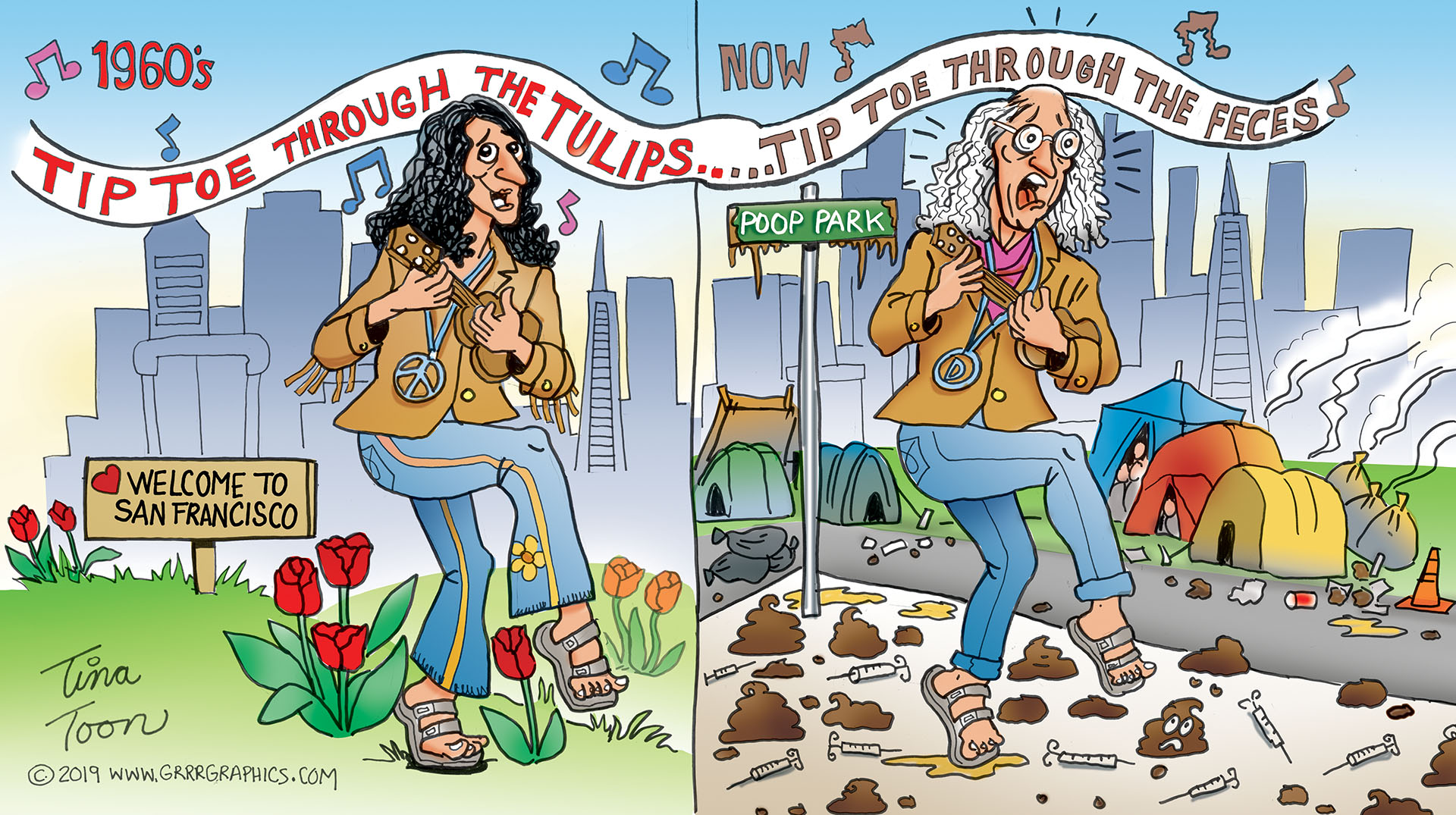 San Francisco is becoming unlivable. The locals know this.

The local and state government officials don’t care about their own people.

San Francisco has morphed from a beautiful, clean city into a needle strewn, feces filled, homeless camp with trash and rats everywhere.

So has Seattle, LA, and other big progressive cites.

Progressive policies are destroying California’s once beautiful cities. The whole state is collapsing under Sanctuary policies and its Potemkin environmental policies. The middle class is fleeing California to red states like Idaho and Montana. California plates are becoming more and more prevalent on red state roads.

California was once called the “Golden State”. Today California is turning into a toilet bowl as raw sewage in the city streets flows into the oceans.

With California Democrat’s firmly in charge the destruction of this once great state is accelerating.

We need to save California, or we will be “tip-toeing through feces” through the entire State.

PS Thank you to the person who sent us this idea! Very Funny