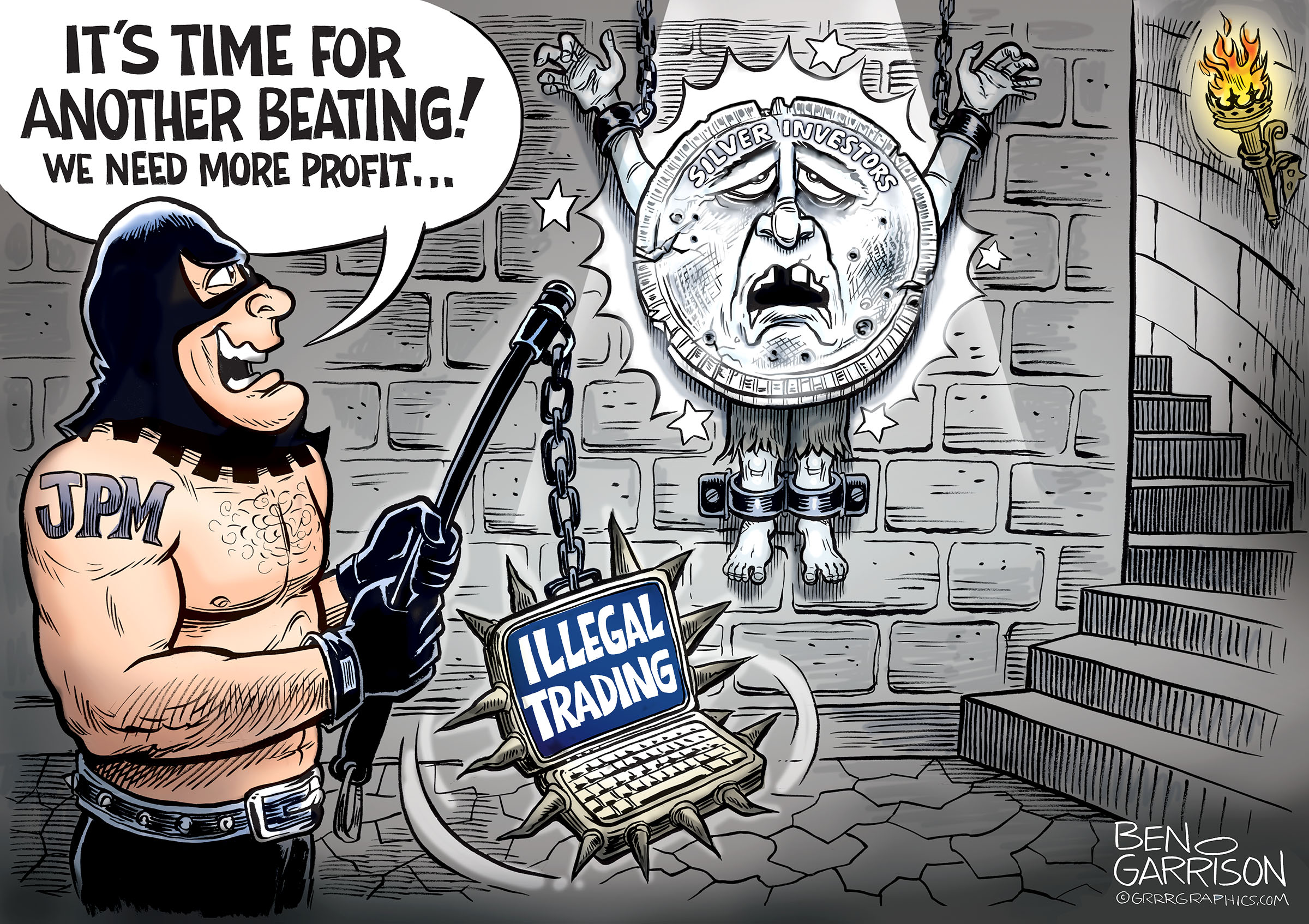 The Game Is Rigged

The game is rigged. The central bankers that own the Federal Reserve always win. Congress allowed them carte blanche printing power back in 2008. They should have been broken up for their criminal wrong doings and their leaders should have gone to jail. Instead those that own the printing press were rewarded with bonuses and they continue to make themselves even fabulously richer as they destroy the middle class.

Silver and gold continue to be suppressed by means of high frequency trading and ‘spoofing,’ which involves large short positions to scare away longs. Then the big bank traders quickly withdraw their massive orders. This is against the law, but we’ve already seen how the bankers are above the law. What about regulatory agencies such as the CFTC and the SEC? They tend to be populated by insiders, just as our government is populated by Goldman Sachs men and other big bankers who lobby for their masters. Hillary and Obama are examples—they did the bidding of the bankers and get rewarded handsomely by making speeches for those banks.

Silver and gold are Constitutional money. For this, the Federal Reserve makes sure their competition remains in a dungeon, where they are routinely beaten up and tarnished by corrupt traders. It’s time for Trump and Barr to go after them, but more importantly, it’s time to put a stop to Federal Reserve and it’s vile, immoral system of debt money that impoverishes all but a small percentage at the very top.