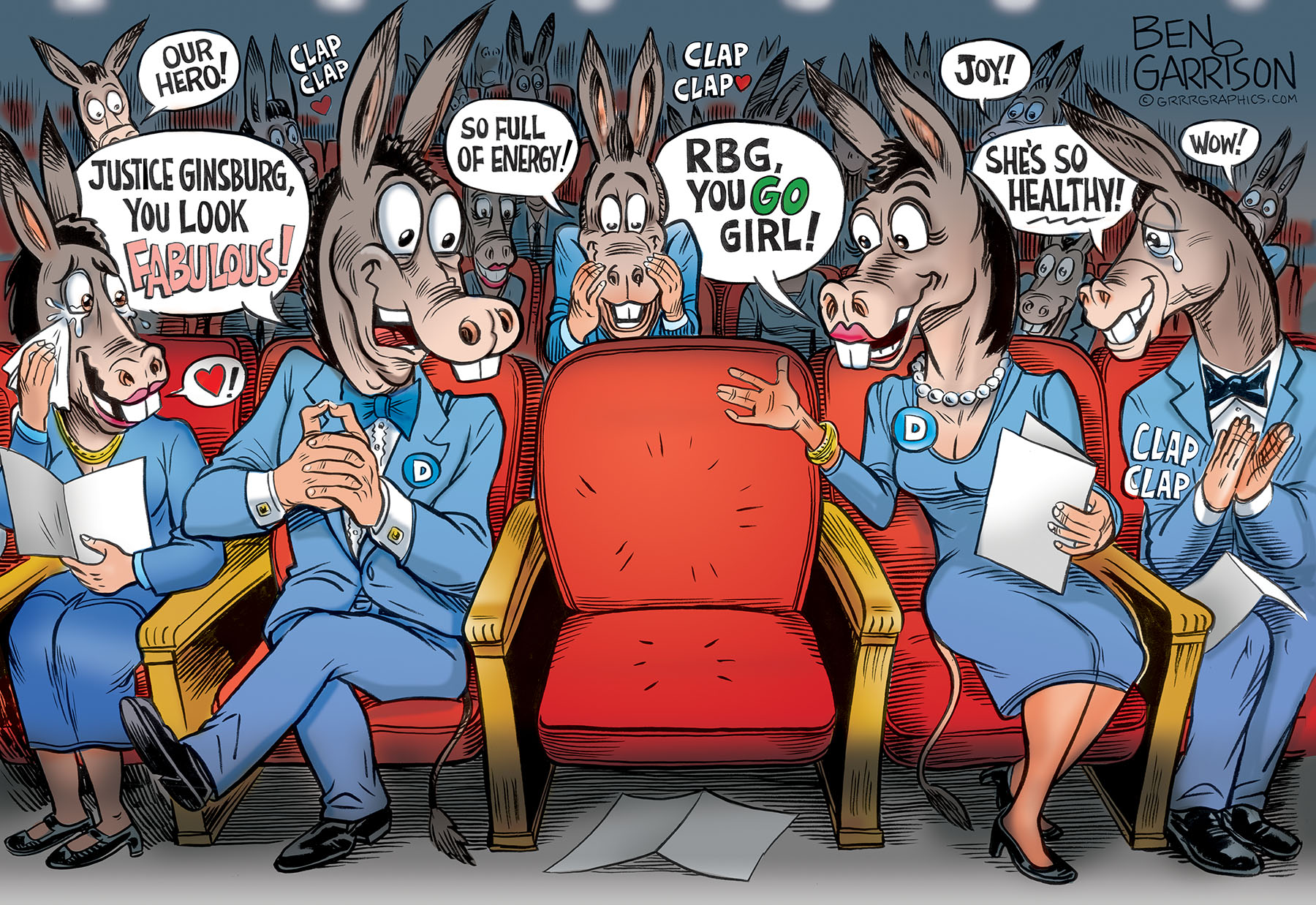 Ruth Bader Ginsburg has become as elusive as the mysterious Sasquatch.

Recently Democrats claimed RGB was spotted in public last week at a concert given by her daughter-in-law and other musicians.

In this age of ubiquitous smart phone photo taking, no snaps–discreet or otherwise–were taken. The easy excuse proffered was, ‘Cameras were not allowed at the event.’ Nobody photographed her outside the event, either. Maybe the 85 year-old Supreme Court Justice was beamed directly into her chair.

A Washington(com) Post reporter claimed a number of Democrats phoned him. Each swore she was there, “It’s true, RGB lives and looks fabulous!” The reporter is beyond reproach because the Post said he was.  The old and now discredited fake news dinosaur media rag, now run by Dr. Evil himself, (Jeff Bezos), then proceeded to label doubters as ‘conspiracy theorists.’ Here’s a snippet of wisdom designed to convince us of Ginsburg’s presence:

“. . . A falsehood has been spreading in dark corners of the Internet that Ginsburg is dead — and in the hours after Barnes published his report, conspiracy theorists pelted him with their doubt-mongering. Photos were not allowed at the event, so one of the doubters emailed Barnes 21 questions about Ginsburg’s appearance — the size of her security detail, what gender they were, for example — telling Barnes that if he did not answer every single one of them, it would be a sign his article was not to be believed.  . . .”

OOoooo! “Dark corners!”  Doubters like me who aren’t ‘official’ or ‘reliable’ journalists get called ‘conspiracy theorists’ because we doubt the official narratives created by the CIA and other ‘authorities!’ In this case, that Ginsburg is not in a sick bed dying of cancer or already dead, but rather very much alive—kicking ass and taking names. She could have shown up at the SOTU address to remove all doubt, but she despises Trump. The Democrats applaud her for her ‘resistance.’ So brave!

I began my newspaper career right after college and one constant I noticed in newsrooms was this: Cynicism. Some of the best editors and reporters I knew were skeptics and cynics, aka ‘doubt mongers’ who constantly questioned what they were told. They investigated. They verified. They double-checked. Not any more—a dozen people paid by Soros can call up a newspaper and confirm that what was handed to an editor by the CIA is double-plus true! We should all question whether or not the Deep State is planting stories and rounding up citizen actors to carry out their latest false flag bunk and now, outrageously, they also want to make sure we aren’t allowed to even question said bunk! They got away with whitewashing the Kennedy assassination and now they think they can foist endless lies upon the public as a result. As long as it comes from an ‘authority’ like the government, Walter Cronkite, or The Washington Post, it has to be believed, right? Wrong.

As for my ‘dark corner,’ it’s currently a very cold, forested, and snowy section of Montana. It’s here that I maintain my right to question everything I hear from the Deep State mainstream propaganda media. Sure, Ginsburg may indeed be alive and doing cartwheels down Main Street, but I demand better evidence than what the Washington Post throws on lawns.

After all, they once ran an article in which I was smeared as being a KKK member. They did retract it when I threatened to sue them, but it woke me up.

I’m not all that hard to contact, but they didn’t even bother to verify such an outlandish accusation. Instead, it was easier for them to print a blatant lie in order to attack conservatives. It’s what passes for journalism these days in the dark corners of the biggest blue cities. 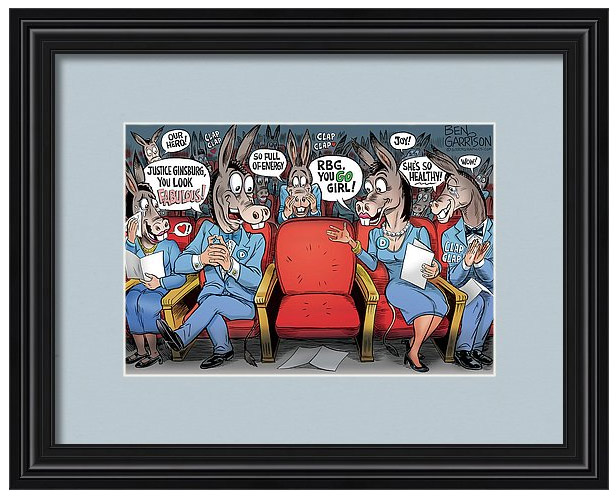