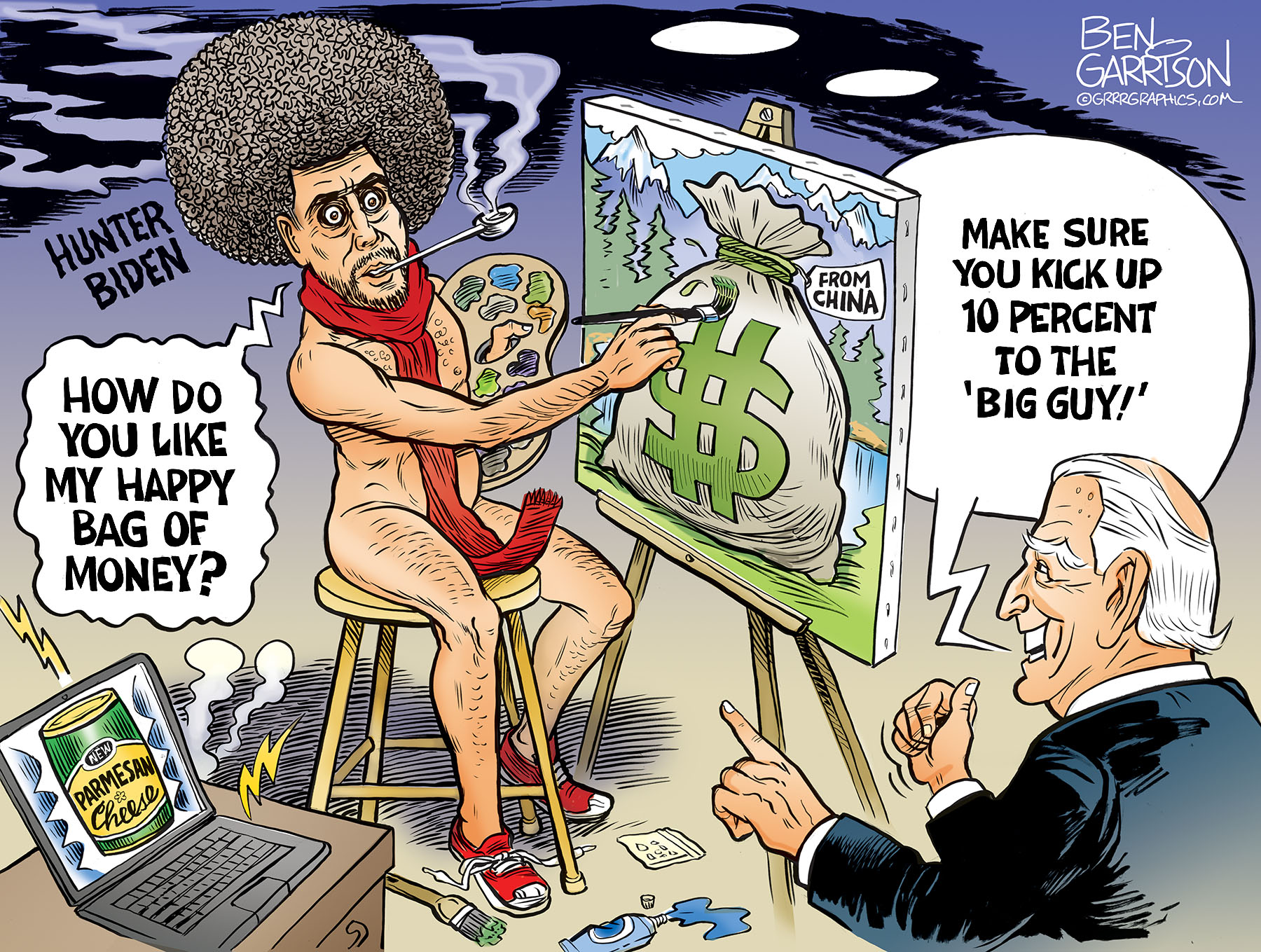 We know politicians get fabulously rich by selling influence. They cannot do this directly. Some, like the Clintons and Obamas, set up ‘foundations.’ Billions of dollars are funneled into them in exchange for political favors. Currently Obama is getting paid back by the banksters using this method. All he has to do is conduct a few speaking engagements.

Others write books and rake in millions through front companies that buy out the books. It really amounts to money laundering. Hunter’s new art hobby is an obvious example. Suddenly the strip joint attending, crack smoking, relative-chasing son of the Resident In Chief is selling his work for hundreds of thousands of dollars. Presumably his father, ‘the big guy,’ gets his cut. The buyers get to remain ‘confidential.’

As a fine artist, I can say it take many years to build up a unique style and reputation before one can command what Hunter is getting for his amateurish efforts. Many of us are lucky to receive a small fraction of what he gets for a modestly-sized painting. This should be a big scandal and the mainstream media should be all over it, but instead we get silence. Remember, Facebook even banned people from talking about Hunter’s laptop, which contained solid evidence of criminality.

It looks like the criminals in charge are above the law. Hillary made $100k by trading cattle futures—something she was completely unqualified to do. She went on to sell influence and the Clinton Foundation raked in billions of dollars from corporations and foreign governments. The corporate media’s attitude was, “Nothing to see here, move along.”

Hunter Biden’s antics prove his father is a grifter to the core, but nothing will happen because the Democrats are above the law so they get to continue to get away with their happy little money laundering.

A picture paints a thousand words of corruption.