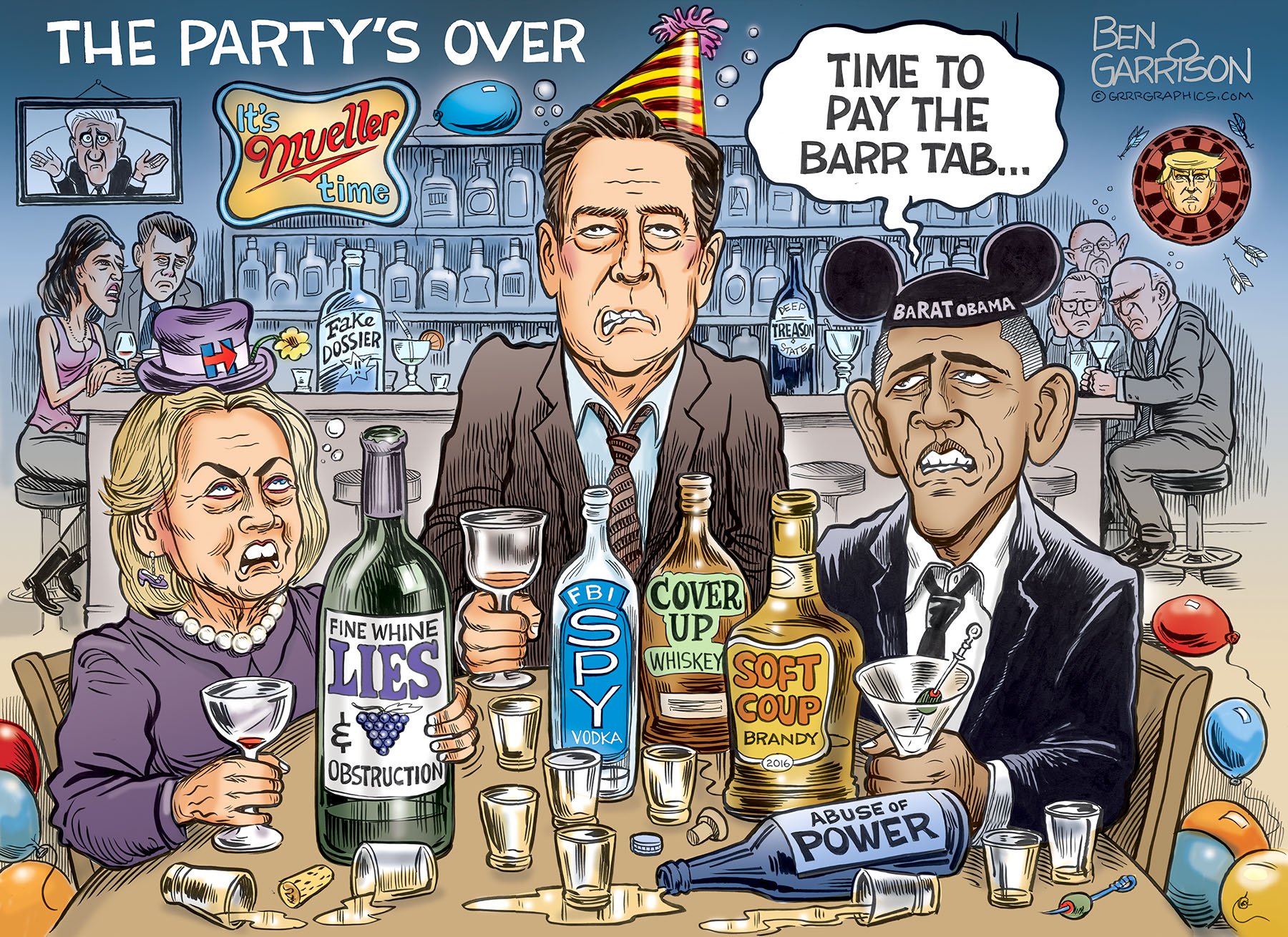 Thanks to Attorney General Barr, we may be seeing the wheels of justice turning against the Deep State perpetrators.

Those trusted with positions of authority did their best to remove a lawfully-elected president from office. What they did was criminal. They were accustomed to getting their way and when (thankfully) things turned against them they abused their power and authority to get their way. What they did was treasonous. I’ve been saying this for quite a while now, but they need to be held accountable.

Are You Ready for 2020 Help KEEP AMERICA GREAT by supporting GrrrGraphics Cartoons! Click to donate!

They’ve drunkenly abused their power. Turn out their lights, the party’s over.

Limited Edition Signed Print- Our Biggest Print yet! Only 100 will be printed! Signed and numbered by Ben Garrison