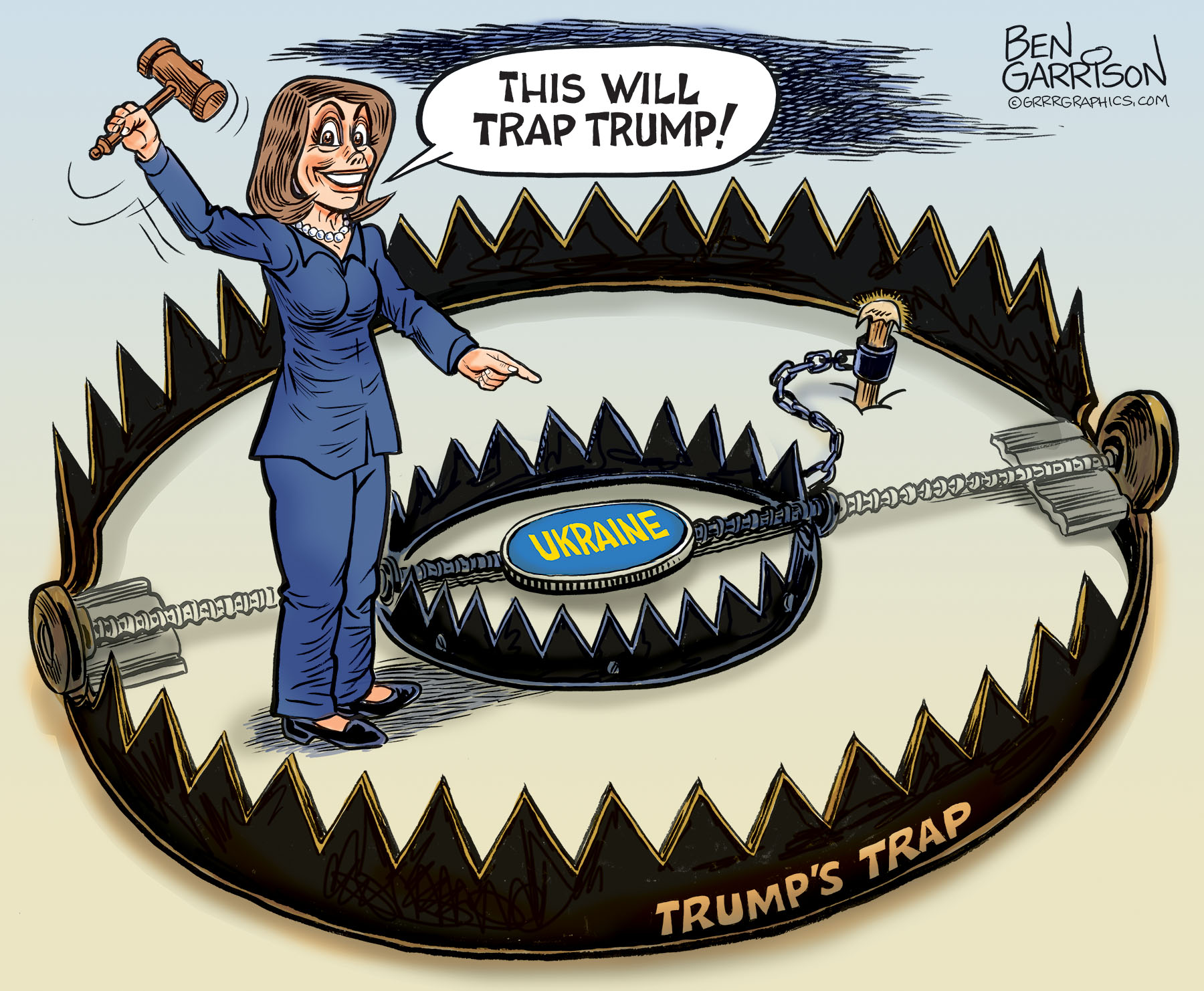 The Democrats have walked into a trap set by the Trump administration.

Today Trump will release of the transcripts of his conversation with Ukraine’s president. No matter what Trump said, the Democrats will fan the flames and make it appear as if Trump is an arch criminal who must be impeached.

Never Trumper Judge Napolitano claims Trump committed a crime. Of course, the Judge is now a backstabber after the president didn’t give into his list of demands. He’s just one of many who suffer from chronic Trump Derangement Syndrome. They’ll destroy our country in order to destroy Trump.

If Trump is playing 4D chess, he could have intentionally provoked Pelosi into pursuing impeachment in order to make the witch hunters fail once again, thus making the socialist Democratic Party look even more ridiculous. It also helps shine more light on Joe Biden, who brazenly bragged about using government power to stop the Ukrainians from investigating corruption involving his ne’er do well son, Hunter, who was awarded a $50,000 per month job on the board of a dodgy Ukrainian gas company. Hunter of course, had no experience whatsoever, but his father was vice president.

Quid pro Joe is part of the Deep State, therefore the corporate media remains predictably quiescent about his corruption. He, like his fellow swamp dwellers, never seem to face prosecution. THEY are above the law, not Trump.

Pelosi’s mumbling about impeachment will backfire on her. The Deep State has set a Ukrainian trap and they hope it will lead toward impeachment. Their seditious harassment of a lawfully elected president will only trigger a bigger trap set by Trump.

Did you find the “Q”  very subtle.