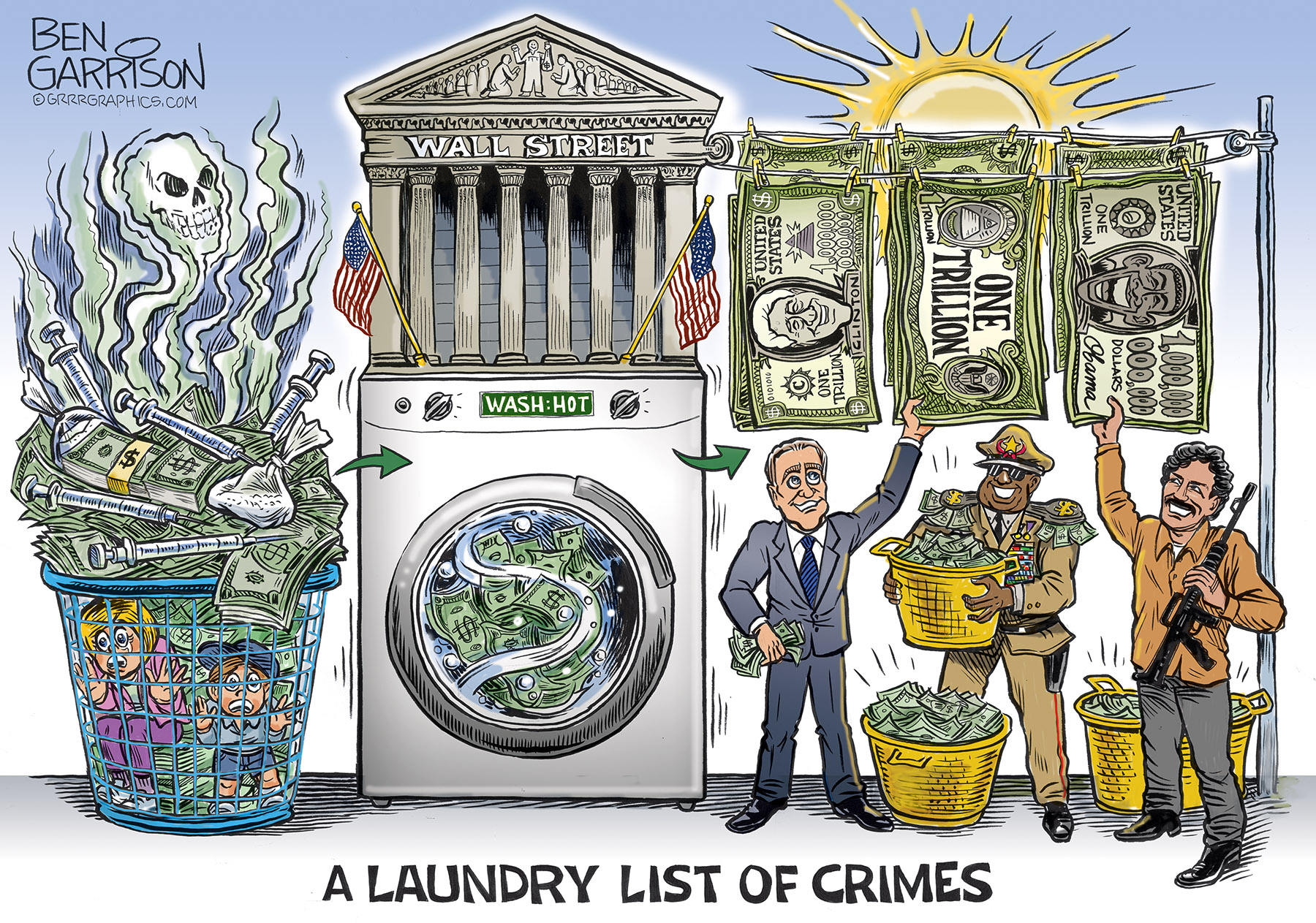 Various books and documents and legal cases have documented over $100 trillion stolen by Wall Street from pension funds and individual investors through a practice known as naked short selling, where Wall Street sells “phantom shares” that are never delivered and keeps the money. The complicity of various government elements including the Senate Banking Committee; the Department of Justice; the Security Exchange Commission; and the US Attorney in the Southern District of New York are all complicit in this federal crime being allowed to go on without challenge.

Money laundering is also a federal crime. An estimated additional $100 trillion in illicit funds gained from trafficking in children, drugs, and other forms of contraband is believed to have been processed by Wall Street with malice – with full knowledge of the illicit nature of the money being laundered.

A typical ploy is to pretend that the real cash has been earned in a manufactured series of stock investments. In other words, the money is backed dated and covered up as if it were from the sale of stock bought years before at a very low price and now sold at a very high price. In fact all the paperwork is fraudulent.

Every laundered dollar – and every asset bought with a laundered dollar – is subject to criminal forfeiture without advance legal proceedings. Hearings are required after the fact; the criminal subjects should expect to lose any hearing where incontrovertible evidence is presented showing the illicit provenance of the funds and the criminal character of the individuals being served by Wall Street.