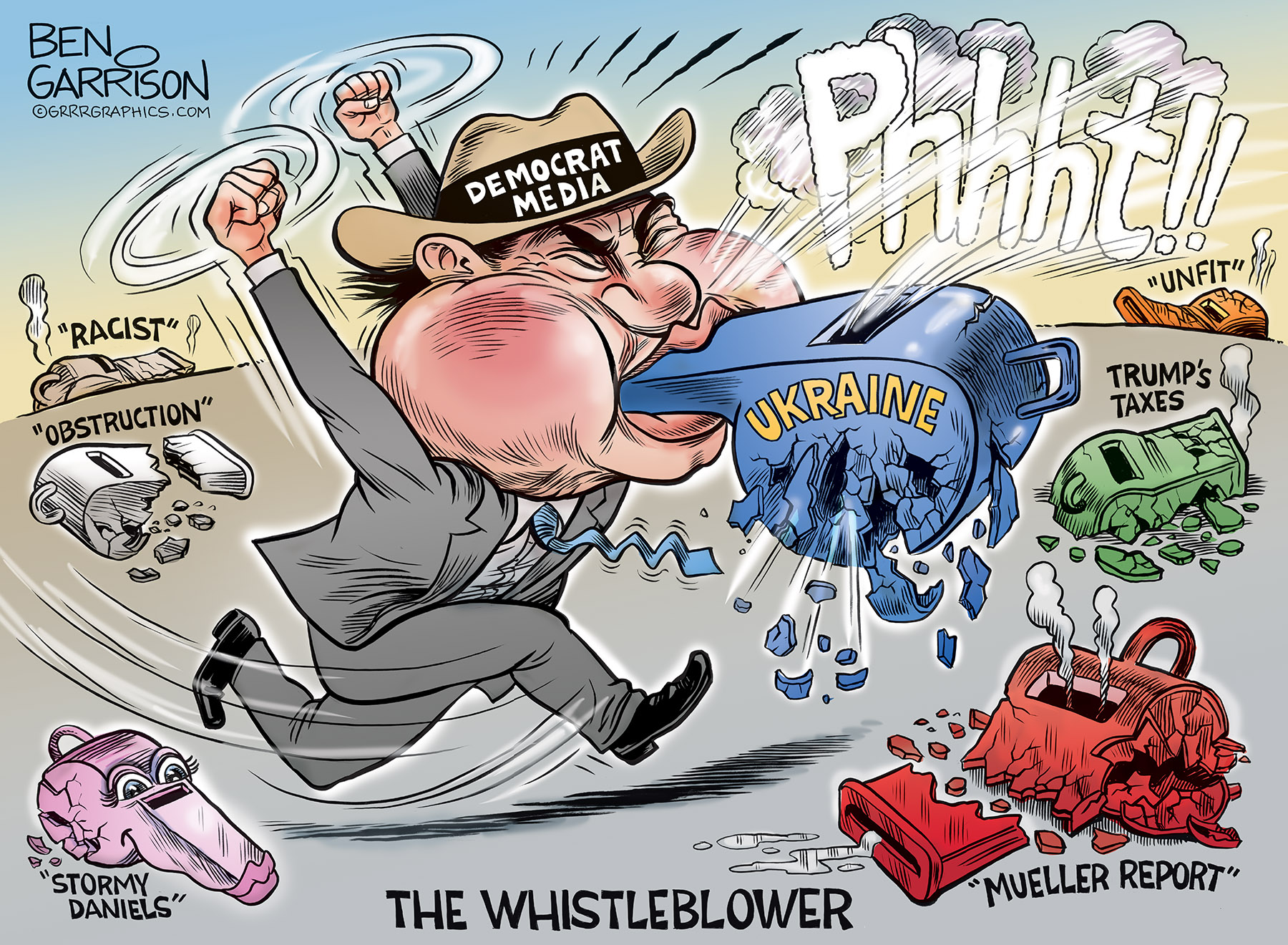 New: Peter Schweizer on Whistleblower: Media Trying to Turn a Biden Scandal into a Trump Scandal

The Democrats are desperate for any anti-Trump negativity. They’ll take anything and blow it up into a full-fledged scandal.

The latest Fake News springs from an anonymous US intelligence operative in Ukraine. His ‘whistle blowing’ amounted to nothing and it has already been discredited. The individual apparently doesn’t like the President. Trump called him a partisan. His whistle blowing has already been determined to be a baseless accusation. It’s not actionable under the law.

Trump did nothing wrong, but the Democrats are in a frenzy. They’re now drumming up a new witch-hunt based on the hollow whistle blowing. It will be used to expedite impeach proceedings against the president.

Some Democrats immediately launched into hysterics. Adam Schiff and Nancy Pelosi want the whistleblower’s complaint brought before Congress. Cory Booker hyped up the accusation as ’stunning’ and called Trump’s administration the ‘most corrupt’ of his lifetime. Hillary Clinton stated Trump “asked a foreign power to help him win an election. Again.” An ironic statement from her and drenched in hypocrisy, considering she paid for a Russian dossier filled with anti-Trump lies in an attempt to remove him from office.

Clinton has no problem engaging in treason and getting help from foreign powers—including communist China. The shrill Elizabeth Warren urged Congress to Impeach Trump, calling it their Constitutional duty while claiming Trump isn’t above the law. Well, we all know Hillary certainly is—she remains protected by the Deep State.

It has become clear the Democrats will not let the president do his job without their endless harassment. They can’t come up with legitimate reasons to impeach him, so they invent reasons.

They don’t need facts or the law on their side. They’re leaving a lot of broken whistles in their wake.