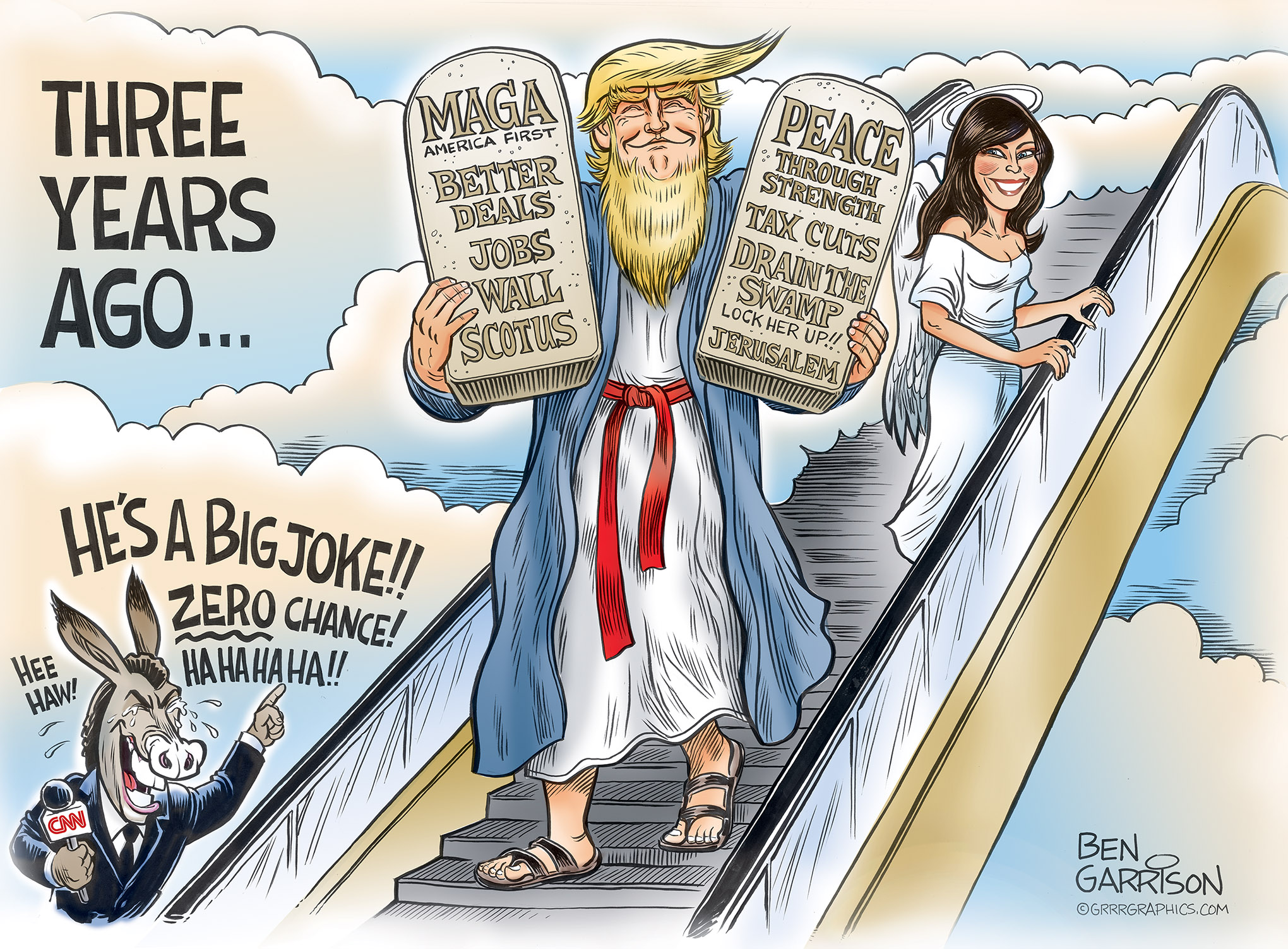 Three years ago Trump glided down a golden escalator to announce his presidency.

I knew Trump as a billionaire real estate developer and a TV personality. I didn’t watch his TV shows, nor did I pay much attention to him.

I remember watching some lefty TV politicos discussing his candidacy and they all laughed. He was a joke and they dismissed him with a collective wave of their hands. They said it was just a publicity stunt and he had no chance. Their laughter quickly turned to anger when they realized they were wrong. They underestimated him because he was a political novice, but that didn’t mean he didn’t understand the political climate. He especially knew how to communicate. I first started to like Trump when he didn’t care about political correctness. He put America first and that had fallen out of fashion for far too long.

For a long time I’ve thought of him coming down that escalator. It was a well-calculated move on his part because it conjures up some powerful motifs such as Apollo coming down from Mount Olympus—or maybe Zarathustra coming down from his mountain. I thought of him as Moses coming down with the tablets, portending a change for the good. I’ve always thought the latter would make a good cartoon—here it is….and while I’m at it, why not draw Melania as an angel?

What’s really silly is the Trump Derangement Syndrome that is still pervasive in the leftist legacy media. Their blind hatred is so over the top that it’s counterproductive to their cause. Take Rob Rogers, for instance. He suffers a severe case of TDS, and as a result he was fired from his 25 year position as an editorial cartoonist for the liberal Pittsburgh Post-Gazette. Instead of drawing the desired allotment of local cartoons, he concentrated almost exclusively on daily, heavy-handed attacks on President Trump. You know, the usual stuff—Trump is Hitler, the head of the KKK, a sexist and racist bigot, etc. The problem was, Rogers’ liberal editorial editor saw such repeated hysterics as overdone, pejorative, and not helpful to the cause. Rogers refused to dial it down a notch, so he was ‘let go.’ Now he’s whining about it as he competes for attention on the Internet with cartoonists like myself.

Rob Reiner had a similar reaction regarding that massive TDS sufferer, Robert De Niro. Reiner knows the ‘F’ Trump slurs only make the left appear crudely ignorant—and many are because of the constant anti-Trump brainwashing they receive.

I disagree with the president on some issues, but Trump may be our last, best hope to effect real change by draining the swamp and putting America first. Trump could have retired and lived the good life. Instead he cared enough about his country to spend a lot of time and money to right the course. In doing so, he knew he’d face a torrent of hate, death threats, investigations, as well as getting his personal life laid bare. He knew his flaws would be magnified to a fantastic degree. Yet he cared enough to run the gauntlet of ridicule and hatred. 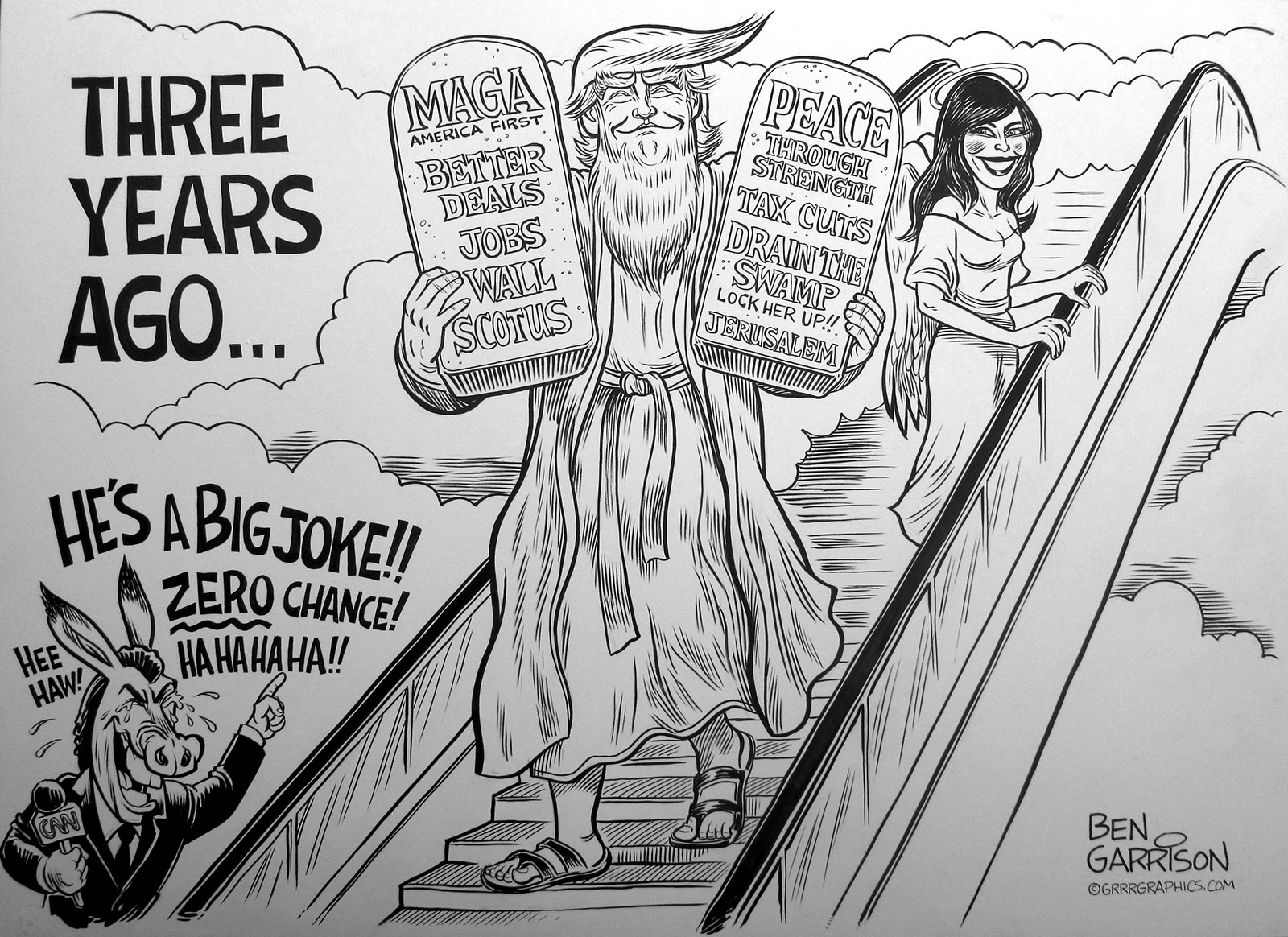