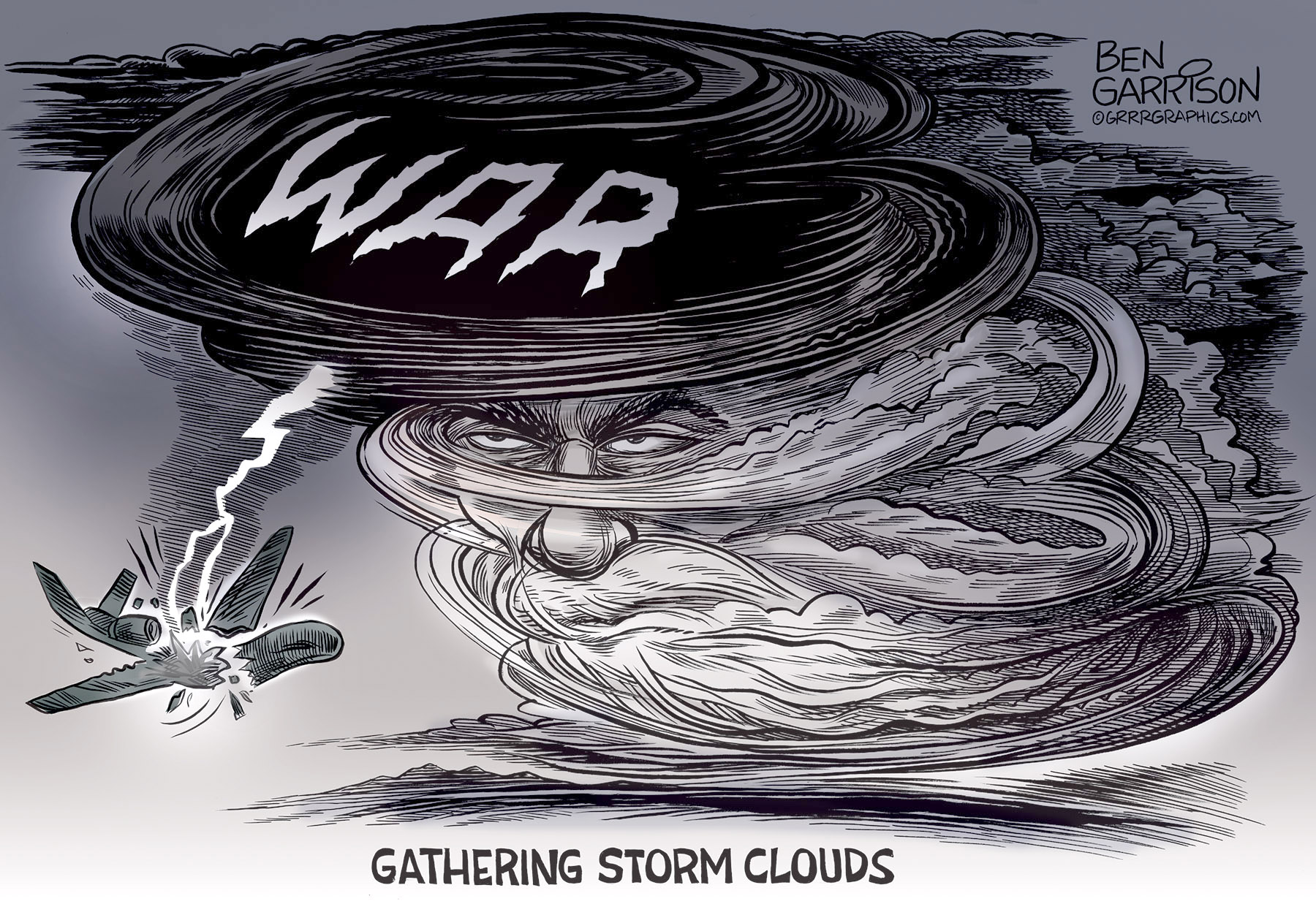 Apparently President Trump consulted with his war hawk advisors and then agreed to conduct some sort of retaliatory strike. Then, as I was penning this cartoon, he changed his mind. Good. Let’s hope he keeps it changed. The last thing we need is another war and one against Iran could be long and disastrous. Our drone cost the taxpayers $130 million, but another war would cost exponentially more, not to mention too many lost American lives.

Iran isn’t worth it. Will they lose their respect for America because we didn’t react? Who cares. They probably lost all respect when Obama bribed them with giant pallets of cash. Nothing good came out of the deal with Iran, now set to expire.

America is energy independent. We don’t need middle eastern oil. Let’s concentrate on rebuilding our infrastructure instead of getting involved in more war in the Middle East. They’ve been fighting each other for centuries over there. 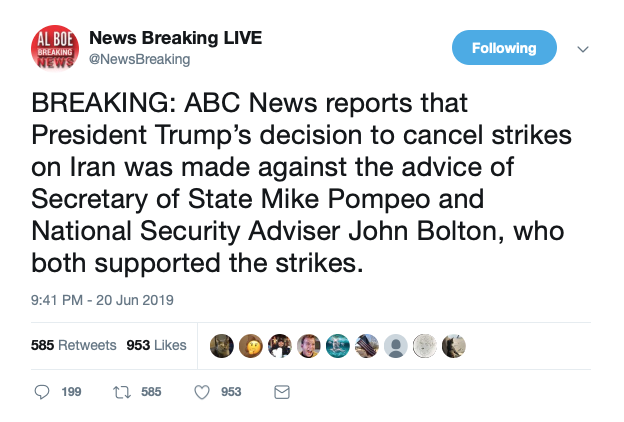 Trump, in an extreme show of transparency, tweeted why he called off the strike:

“President Obama made a desperate and terrible deal with Iran – Gave them 150 Billion Dollars plus I.8 Billion Dollars in CASH! Iran was in big trouble and he bailed them out. Gave them a free path to Nuclear Weapons, and SOON. Instead of saying thank you, Iran yelled ‘Death to America’.

I terminated deal, which was not even ratified by Congress, and imposed strong sanctions. They are a much weakened nation today than at the beginning of my Presidency, when they were causing major problems throughout the Middle East. Now they are Bust!

On Monday they shot down an unmanned drone flying in International Waters. We were cocked & loaded to retaliate last night on 3 different sights when I asked, how many will die. 150 people, sir, was the answer from a General.

10 minutes before the strike I stopped it, not proportionate to shooting down an unmanned drone.

I am in no hurry, our Military is rebuilt, new, and ready to go, by far the best in the world. Sanctions are biting & more added last night. Iran can NEVER have Nuclear Weapons, not against the USA, and not against the WORLD!”

Perhaps this is the anti warmonger President that many voted for? 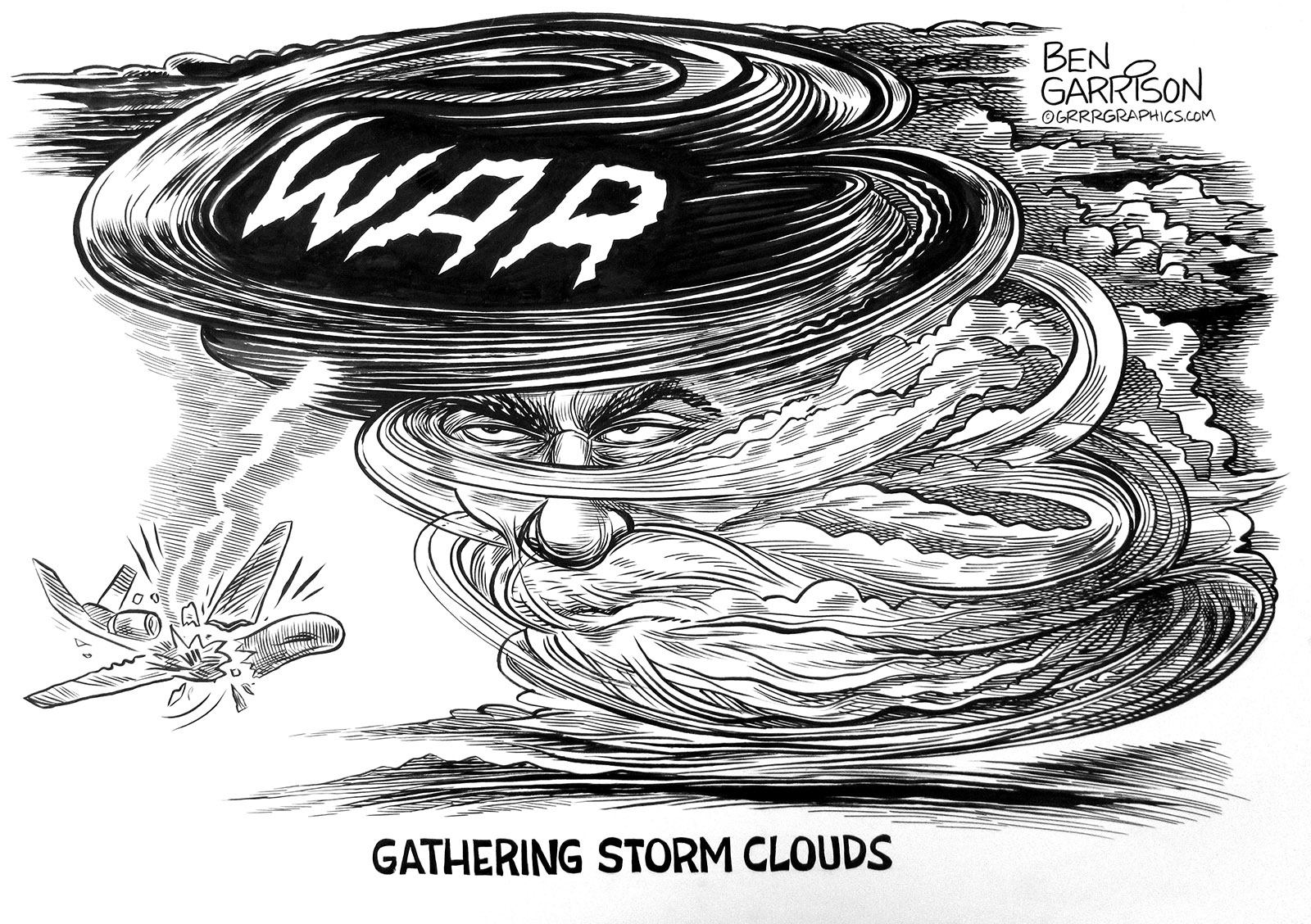 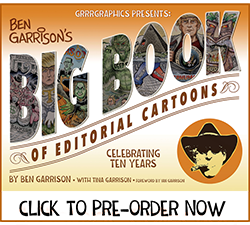