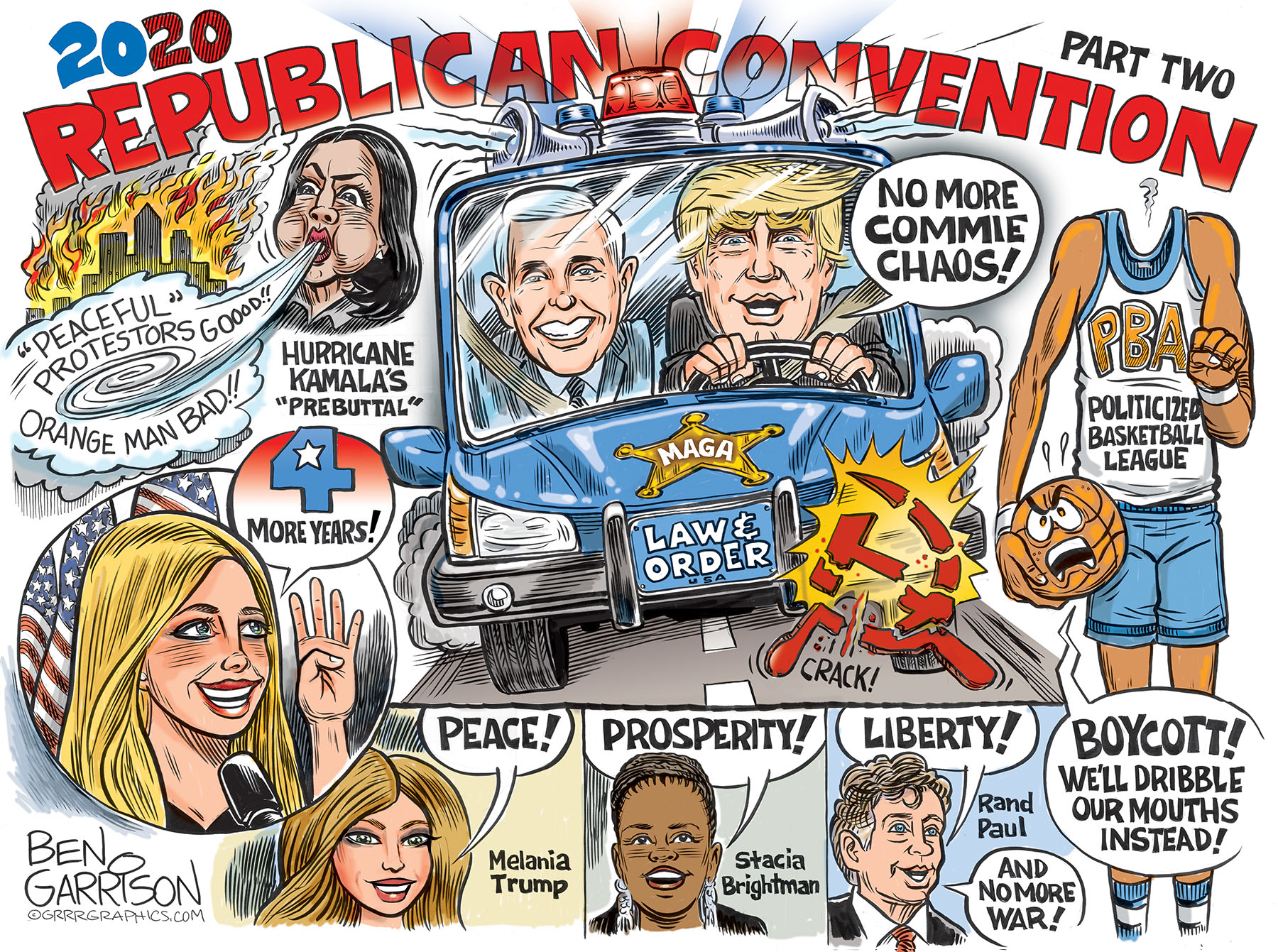 The Republican convention was much better than the strange, masked, virtual show the Democrats put on. Even some analysts on CNN admitted it. Trump should also get a larger bounce than what Biden received.

The wrap up day began with a Democrat. Kamala Harris decided to stage a ‘prebuttal’ to Trump’s speech later in the evening. Why Sleepy Joe didn’t do it is anyone’s guess. My guess is the Democrats want him talking as little as possible. Even Pelosi doesn’t want him debating Trump.

Trump broke precedent and made his speech at the White House. The Democrats wondered if he broke the law. Look for Pelosi to begin another round of impeachment hearings over it. It was unusual for Trump to use the White House as the background, but this has been a very unusual year with Bolshevik traitors trying to remove him from office, so I say we should give him a pass.

The president’s speech was easily twice as long as Biden’s and it was also more effective. Many of us conservatives want to know he’s still committed to draining the swamp as well as keeping America as his primary focus. Nationalism is needed to balance out his opponent’s globalism. We needed to hear that someone cares about our rights—especially our First and Second Amendment ones. He cares about all races and wants us to prosper and have jobs. Trump remains our last, best hope to maintain our Republic.

During the convention, some NBA players decided to stage a boycott. That’s their right of course, but it further damages the NBA, which has already been politicized by the left. What should be entertainment and a welcome distraction from the virus and violent protests is gone. I stopped watching the NBA after they genuflected to communist China. If the players are upset about a black man getting shot, they should play and donate their capacious salaries to the family.

We’ve already lost baseball (this season was a joke) and we’ll probably lose the NFL, too. Good riddance to all professional sports if they all want to take knees to our flag while turning their venues into political fields for protest.

Trump wants to return to the America I knew when I was younger. He may be the last hope against a rapidly unfolding dystopian future.

Trump Vs. Biden The Last Debate