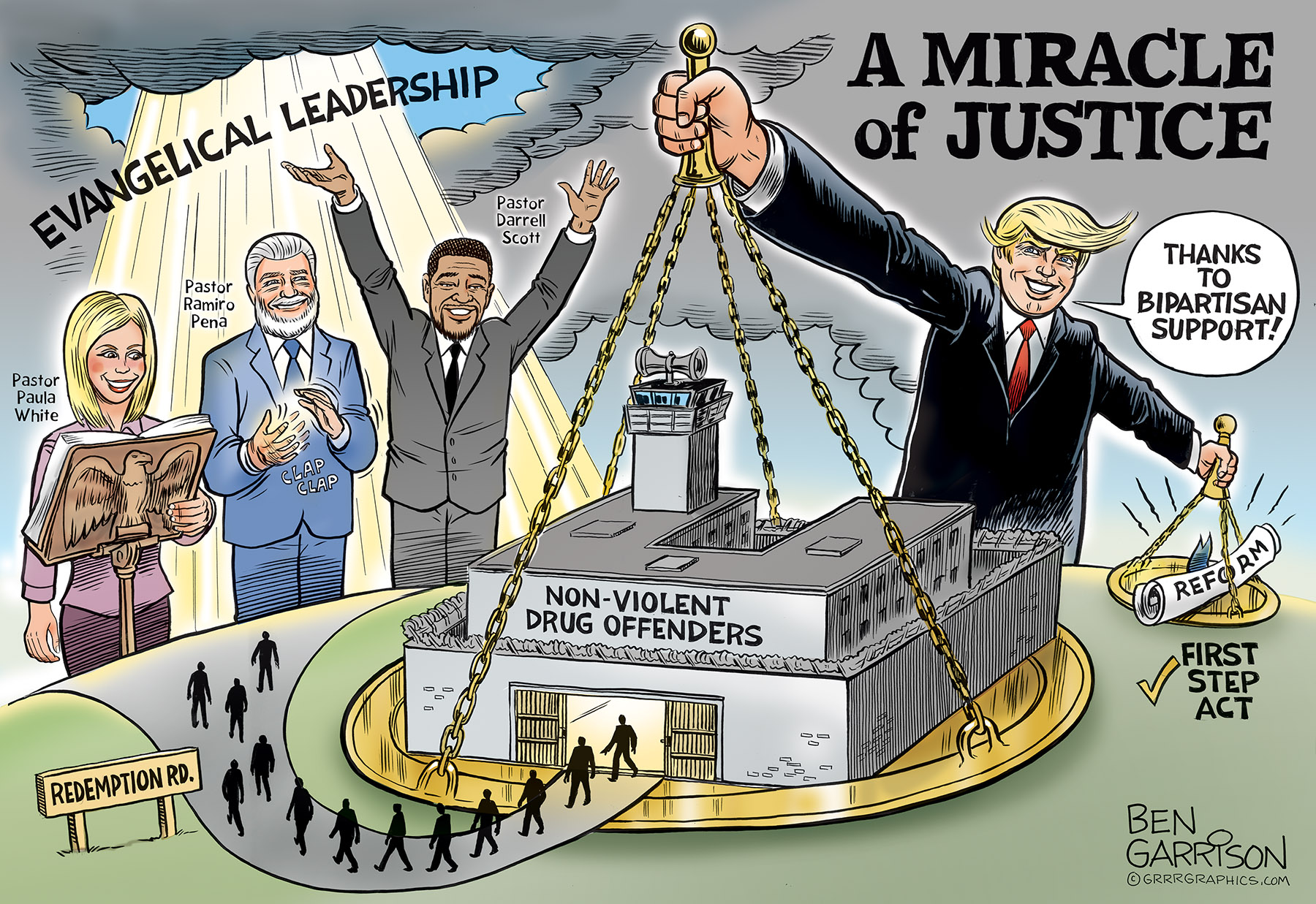 Friday morning President Donald Trump signed into law a measure that amounts to the most significant changes to the criminal justice system in generations.

1. Federal prisons will also rehabilitate and heal – not just punish.

The First Step Act mandates a new Risk and Needs Assessment system that matches people in prison to the programs and classes most supportive of their growth and transformation. As an incentive to participate, people earn 10 days of Earned Time Credit for every 30 days of programming. These credits are used to exchange time in prison for more time in halfway houses, home confinement or supervised release – easing the re-entry process.

2. Thousands serving outdated sentences for crack cocaine charges can come home — and some wrong-headed components of the 1994 Crime Bill get scaled back.

The bill provides relief to 3,000 people serving harsh and outdated sentences for old crack cocaine charges, which weighed one gram of crack cocaine as equivalent to 100 grams of powder cocaine. It would also eliminate mandatory life sentences for Third Strike drug offenders, end the stacking of 924(c) “guns and drug” sentences and give judges more discretion to sentence below their mandatory minimum.

Because the bill was informed by people who have actually been incarcerated themselves – or had loved ones incarcerated – it is full of provisions that will dramatically improve the lives of people in prison:
Right now, a federal prisoner can be sent to facilities thousands of miles from their families, making visitation nearly impossible. The First Step Act forces the Bureau of Prisons to place people in facilities within 500 driving miles of their loved ones, helping people maintain strong bonds despite incarceration.

Topeka K. Sam, a Democrat from New York, traveled to a White House Prison Reform Summit in May where she talked about serving time in federal prison. Days later, important provisions addressing women’s needs were added to the First Step Act. The bill now bans the shackling of women who are pregnant in labor, and post-partum.

5. Congress will have new “sunshine” mechanisms to help hold the Bureau of Prisons accountable for public safety and racial disparities.

The First Step Act includes important auditing and reporting requirements, which will help ensure that the Bureau of Prisons and Attorney General’s office implement the bill properly. These safeguards include a mandate to track, report and work to fix any racial disparities in the system.

There are no new mandatory minimums or sentencing enhancements. None! Previous federal proposals had to exchange proposing some good elements with some bad ones — like shrinking sentences for “nonviolent drug offenses,” while expanding sentences for some other crime categories.
7. One of America’s most “tough on crime” Presidents has become a vocal proponent of “smart on crime” policies.
Donald Trump has increasingly become a champion of making smart reforms to the justice system. Trump dedicated 39 words in his 2018 State of the Union address to second chances for people who have made bad decisions. He then granted clemency to a black grandmother sentenced to die in federal prison. He created an interagency task force to leverage federal government resources for people coming home from prison. And he vocally endorsed and lobbied for the prison and sentencing reform components of the First Step Act.
CNN Story