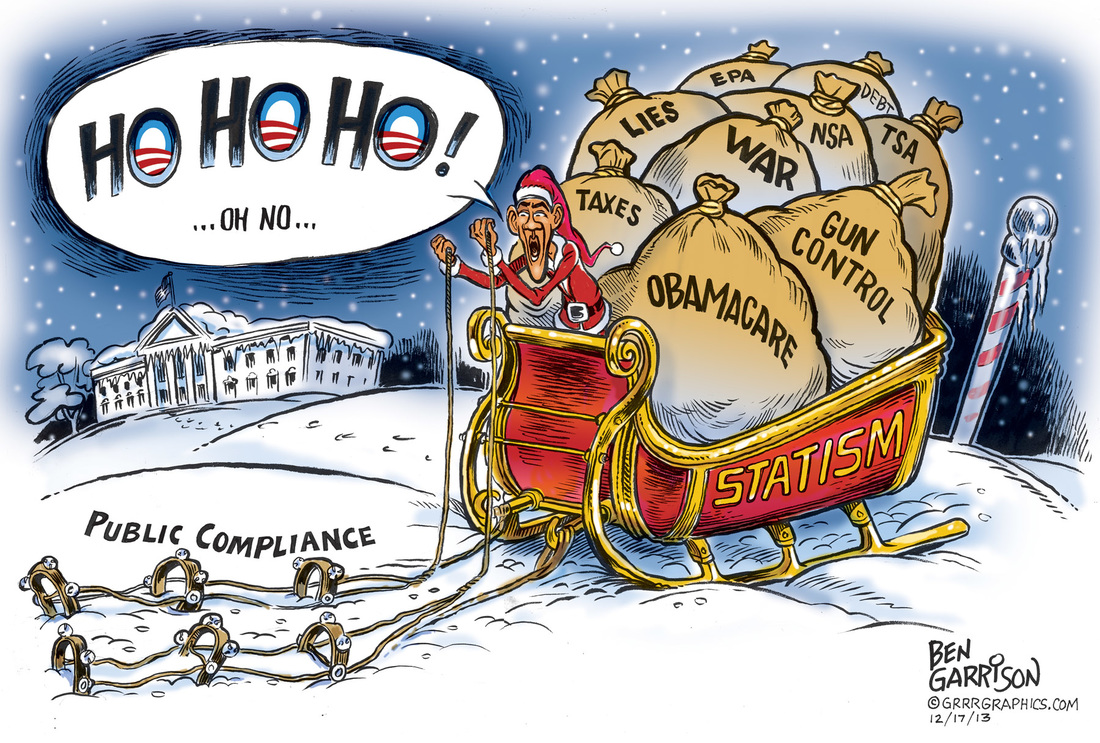 My Christmas Wish
I wish people would stop complying with outrages being generated by the state. If they did, there would be a good chance that we could restore freedom and liberty. We are many. They are few. Stop complying. This has already happened with the lie that is ObamaCare. Why not stop complying with all the nonsense? Power to the People! It happened in Iceland. They jailed their central bankers!
America is the Divided States of America. That is intentional. The state derives power by dividing and conquering. They divide by race, religion, region and political parties. Democrats vs. Republicans is a perpetual puppet show designed to keep Americans fighting and arguing with each other, but essentially both parties are the same. Vanilla vs. French Vanilla.
People endorse the state by voting in the hope that the state will ‘give’ them something. The state steals our money and we beg them to give us something back by voting. Stop voting. Stop complying!
Police are pulling people over and wanting to take blood. This is a blatant violation of our 4th Amendment. Resist! Make them taze you and then sue them. Stop complying!
Taxes will be raised still higher to help pay for a debt due to a dysfunctional system of money. Pensions and maybe even bank accounts will be seized. Stop complying!
Wars will be started and young men and women drafted. Stop complying!
The NSA commits traitorous acts and we are asked to ignore it. Stop complying!
The TSA wants to grope and irradiate people due to ‘terrorists’ that our own government created and supports. Stop complying!
The state wants to confiscate our guns. It is being done incrementally with law after gun law. Stop complying! (Thankfully, many state sheriffs are doing just that).
Obama asks you to sign up for an unfair health care system. His family and other politicians are exempt. Don’t comply!
Merry Christmas!