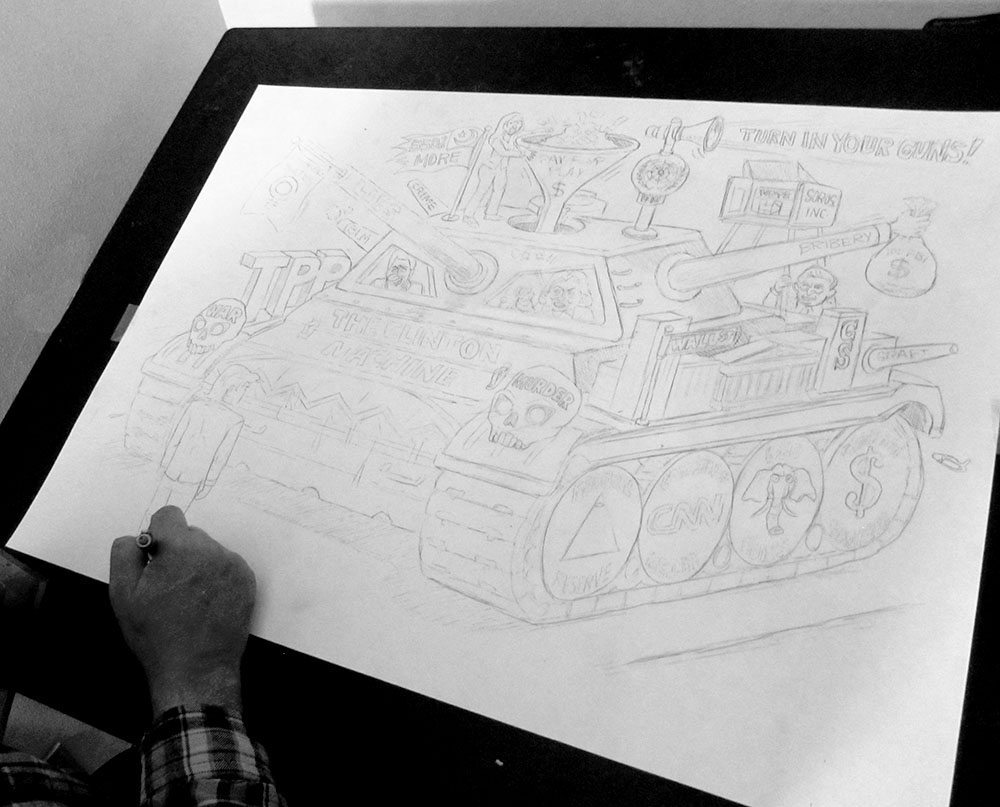 Let me preface this by reminding everyone that we are in the midst of a sea change in editorial cartooning. During the golden age of newspapers, there were nearly 2,000 cartoonists employed at newspapers across the country and some of them were paid exceptionally well. Many were superstars of their day. They enjoyed a wide audience since radio and TV didn’t yet exist.

Now there are only around 30 paid editorial cartoonists remaining at the major metros in this country and that number continues to dwindle as circulation declines. Newspapers are dinosaurs and only a step away from stumbling into their inky graves.

Some might say that editorial cartoons have lost their relevance during this great transitional upheaval. I disagree. We now have the Internet and that means any cartoonist can have a voice. It may be difficult to hear that voice at first due to the massive visual noise that accompanies the Web, but at least the cartoonist no longer must deal with hectoring editorial page editors and daily deadlines. The Internet is always there and the cartoonist can produce work whenever it aligns to his schedule.

Today’s Internet cartoonist has complete freedom and their work can potentially reach well beyond one city. It can be seen around the world in an instant. I recently drew a cartoon that garnered 500,000 views in one day. That’s as much or more than many major metros, and the cartoons have more staying power, while cartoons in newspapers are seen for only a day or so. Then the paper becomes so much fish wrap. Those cartoons are soon forgotten until the artist comes up with a book collection or ‘best of’ page to be run just before a new year.

The more popular cartoons could possibly appear in history books or ‘best of’ cartooning books, but the mass audience will have long since departed. Again, as a potential cartoonist, you have a great opportunity by self-publishing on the Internet.

Opportunities are not without risk. Here’s what you may face if you decide to get serious about producing political cartoons and publishing them on the Internet: