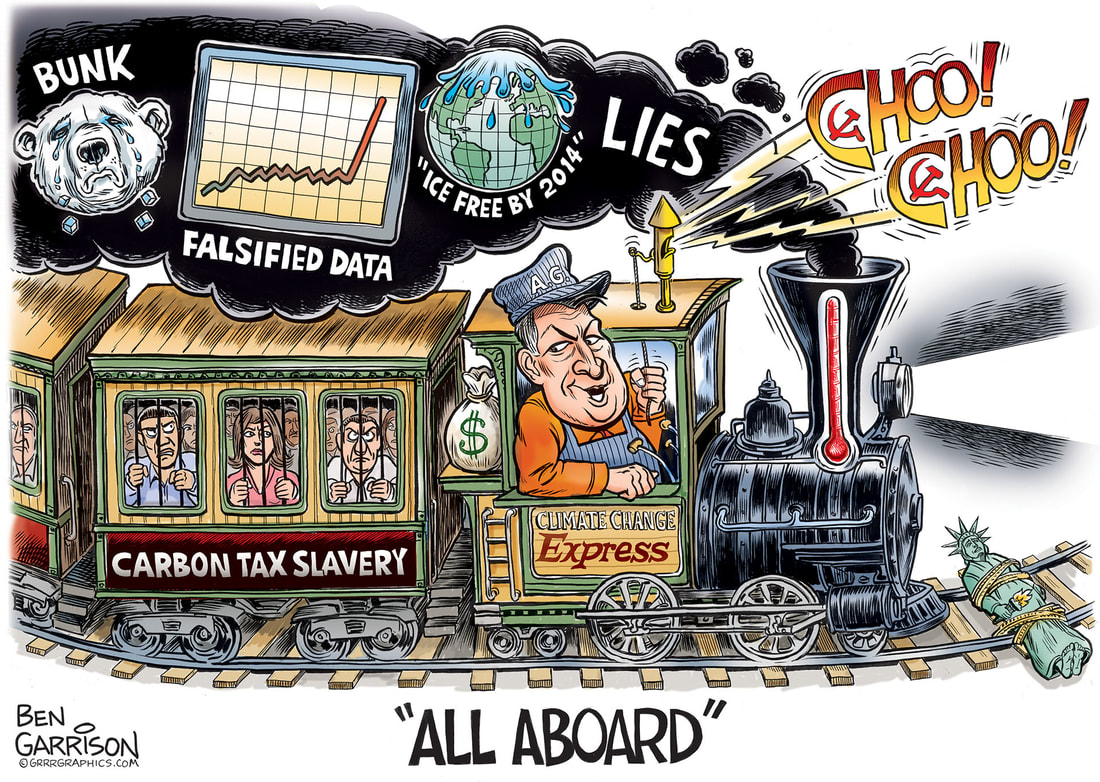 Al Gore continues to jump more and more sharks with his climate change malarky. A huckster for globalism, Gore claims we needed ‘global governance’
to solve the climate change problem. “Governance” sounds better than government and far better than what he’s really after, which is global communism.

Like most carnival barkers, he preys on the gullible. “Step right up! Give your money to me to help save the planet!” Too many people buy into the scam because the mainstream media and Hollywood personalities have been loudly beating the climate drum for many years. They throw around the word ‘science’ as proof without questioning the data.

Recently the creator of the ‘hockey stick’ climate graph, Michael Mann, was held in contempt of court for withholding his so-called scientific evidence. Why wouldn’t he show his data? Because it would prove it’s all a fraud, that’s why. The globalists have purchased the best scientists money can by. The data is skewed to fit what the buyers want.

Michael Mann was humiliated, but Al Gore has been joke for long time. He wants a $15 trillion carbon tax. He’s declared war on carbon, a basic building block of life. Al Gore and his business partner David Blood (Blood and Gore—I’m not making this up), stand to rake in a vast fortune in the process. They own carbon ‘trading’ companies designed to regulate the gas that plants love. If that isn’t enough, Gore recently came up with this howler:

“The climate movement, not least in cities, is right now in the tradition of all the great moral causes that have improved the circumstances of humanity throughout our history,” he said. “The abolition of slavery. Women’s suffrage and women’s rights. The civil rights movement and the anti-apartheid movement in South Africa.”

So now climate change is a ‘movement,’ like gay rights, women’s suffrage, or the abolition of slavery. Gore has become a social justice warrior for climate change. Don’t question it! It will hurt feelings! Questioning climate change is hate speech! Everyone praise your savior, Al Gore!

What Gore will do bring back slavery by means of his onerous carbon taxes and globalist government bureaucracy. He will get fabulously richer by stealing our labor while we get poorer. Does he even believe his own climate change prattle? Apparently not. He bought himself beach front home for $9 million. Hey Al, you said the ice caps would be melted by 2014 and the coasts would be flooded, remember? Al Gore says a lot of silly things and he expects us to buy into them every time. He thinks we’re stupid.

The climate change slave train is ready to go and Al Gore is screaming “All aboard!” We need to speak out against this con man. Humiliate him. We don’t need his engineered climate change bunk. Derail him!