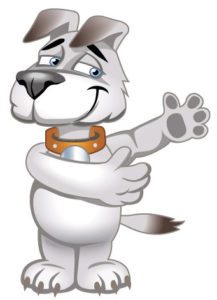 It’s not LEFT vs RIGHT…it’s the Globalist SWAMP vs Everyone else!

Bigly says: “Don’t be fooled by Democrats vs Republicans paradigm.

Focus on what politicians DO…not what they SAY.

Bush SAID he would not be a nation-builder. He DID eight years of disastrous nation-building of every nation EXCEPT America.

Obama SAID he did not believe in dumb wars. And he DID get us immediately into seven new dumb wars. Obama left the White House having authorized ten times more drone strikes than George W Bush and having been at war longer than any President in US history.

So much for that Nobel peace prize.”

Garrison Cartoons is opening a new battle front in the culture war to inform all patriots. Want a peek at what’s in store? Watch the trailer below:

[wp-svg-icons icon=”point-right” wrap=”i”] We want to create the show with you. So buckle up! We’re in for a wild game-changing ride.

We’re creating a Ben Garrison animated cartoon show for the vast underserved audience of the MAGA 63 million who voted for Trump.

Bigger than “Family Guy” ? We shall see.. Better than Show time’s “Our Cartoon President” ? You Bet!

We want to take on the establishment and the corrupt media Swamp.
Join us and we can open a much needed comedy front in the culture war, together!

Want to do more?
More MAGA at our Patreon Page!
Who will be the MAGA KING?