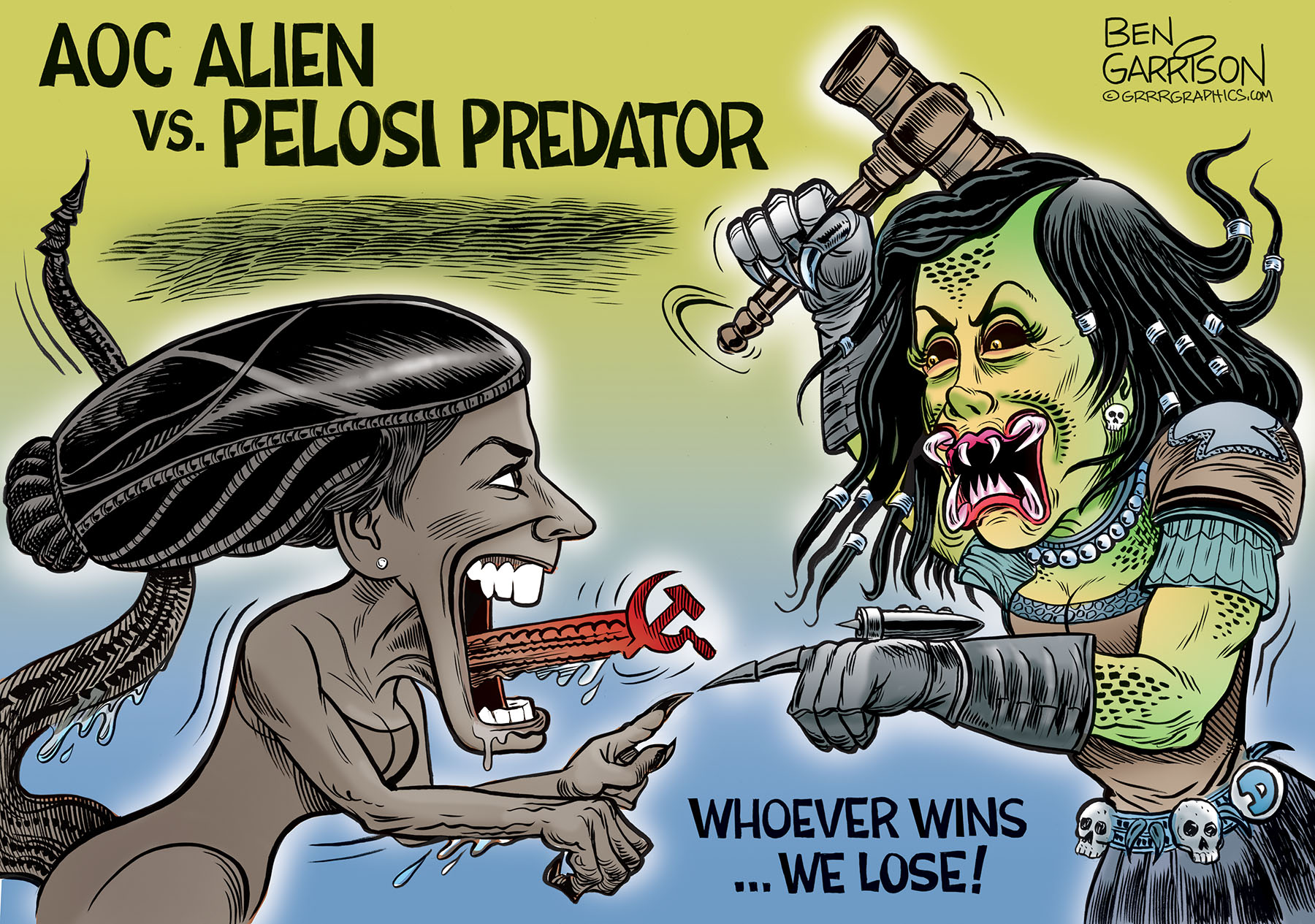 “In politics, everyone can hear you scream!”

In the darkest shadows of the radical Democrat party, a challenger arose. AOC is challenging the old guard, the establishment Democrats to follow AOC’s lead in moving the party so far left that the Democrats will never win an election again.

Pelosi Predator has been around the congressional block more than once and plans on making mince meat out of this newcomer as soon as she finds her dementia medications.

This makes for a fun popcorn munching distraction as the Democrat factions lock horns and diss each other in the quest for control of the Democrat party.

But the real story here is the Democrat’s utter frustration in their failure to remove Donald Trump from the Presidency and they are desperately lashing out at each other.

They can’t hurt Trump and it’s driving them crazy.

In the end, the Democrats will make peace going into 2020.