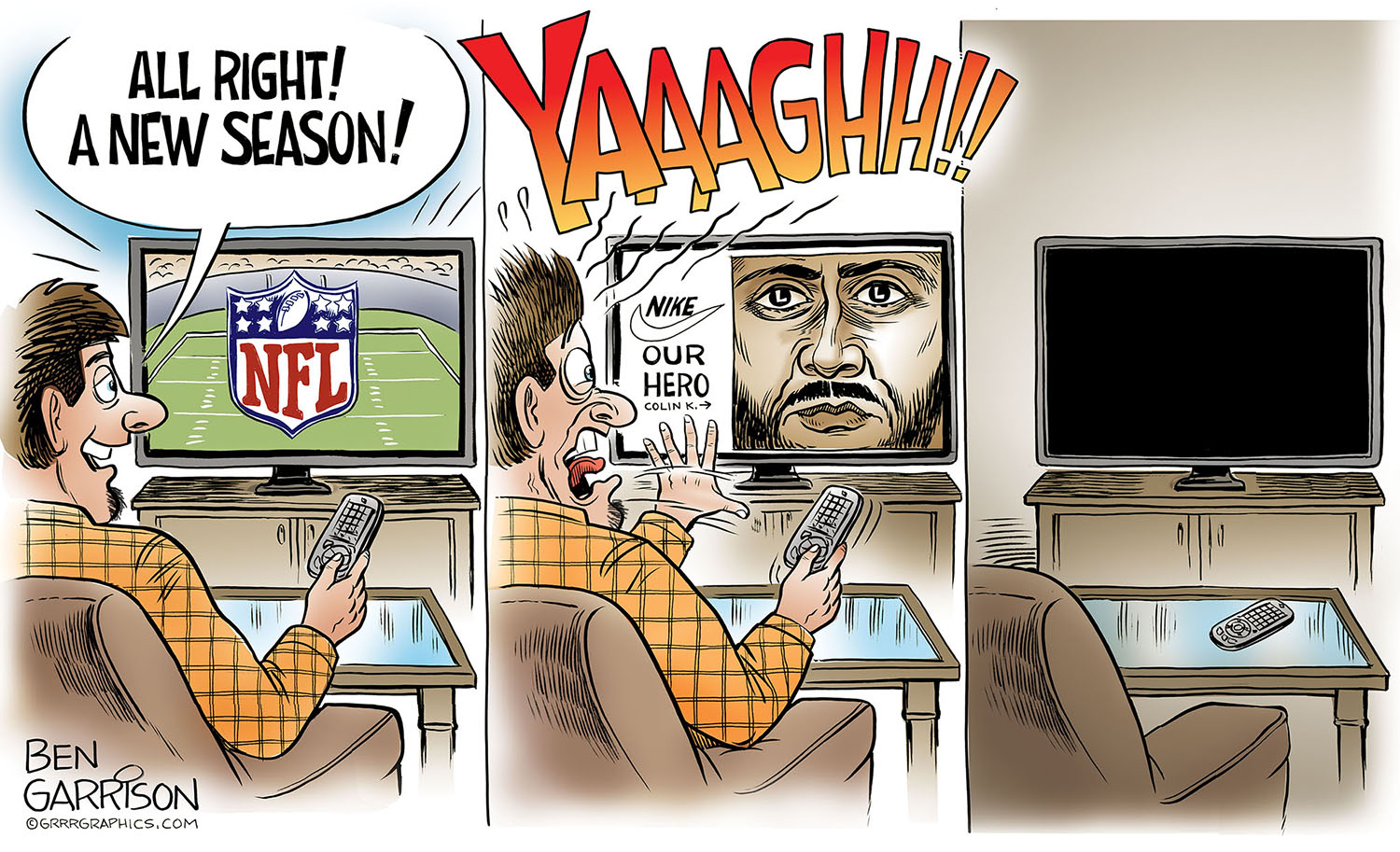 Colin Kaepernick is being promoted as a heroic figure by Nike.

Kaepernick is a washed up quarterback and spoiled brat. He’s half white and grew up with white parents in a pampered manner. He’s not a great quarterback shunned by the league for his political beliefs. He rode the bench in San Francisco for his mediocre and declining quality of play. Nike is now treating him like Rosa Parks.

Will we now be forced to endure ads during football games that show Colin as a heroic figure? Many more will start switching off their flat screens because they know the truth: Kaepernick wore police ‘pig’ socks to insult law enforcement while endorsing Castro and socialism. Globalists such as Soros want this kind of division and will continue to use stooges like Colin to sow discord.

The NFL has learned nothing from last year. Not only are they making the game ‘safer’ and thus more boring and tedious, they’re still in social justice warrior virtue signaling mode:

The National Football League believes in dialogue, understanding and unity. We embrace the role and responsibility of everyone involved with this game to promote meaningful, positive change in our communities,” NFL Executive Vice President Jocelyn Moore said in a statement. “The social justice issues that Colin and other professional athletes have raised deserve our attention and action.”

No Jocelyn, these things do NOT deserve our attention when we tune into a football game. Football used to be a welcome escape from politics and during the National Anthem, all Americans left and right came together for a moment—we already had the ‘unity’ you claim you’re after, but you allowed kneelers to foul that up, too. Football is not meant to effect ‘meaningful and positive change in our communities.’ It’s entertainment.

The left ruins everything.

It’s time to stand up against the tyranny of the radical Left- Stop censorship of  freedom loving voices! Help fight back and support our weaponized cartoons!  Make a one time donation- large or small! Together we defeat them all!  Click here to donate 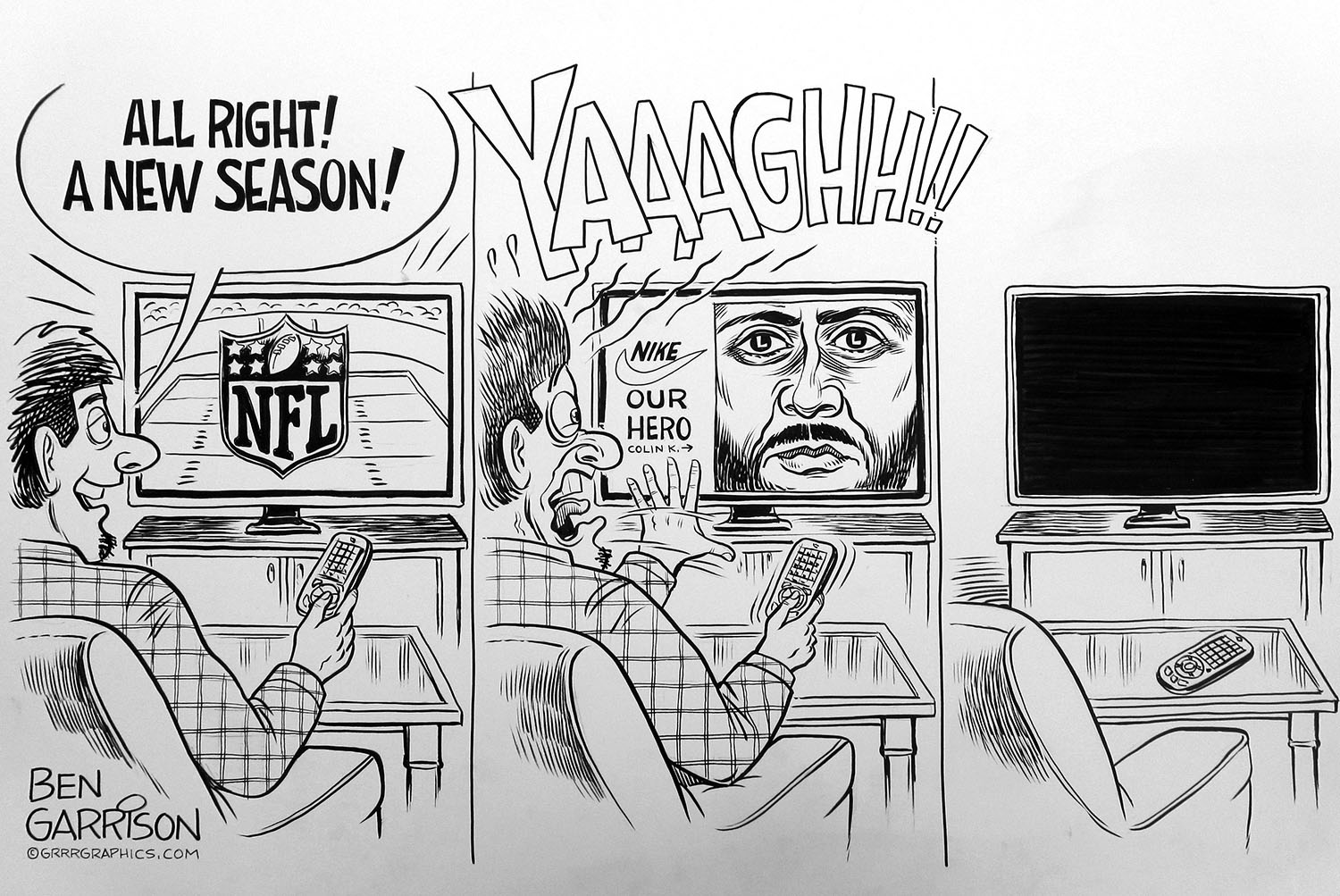