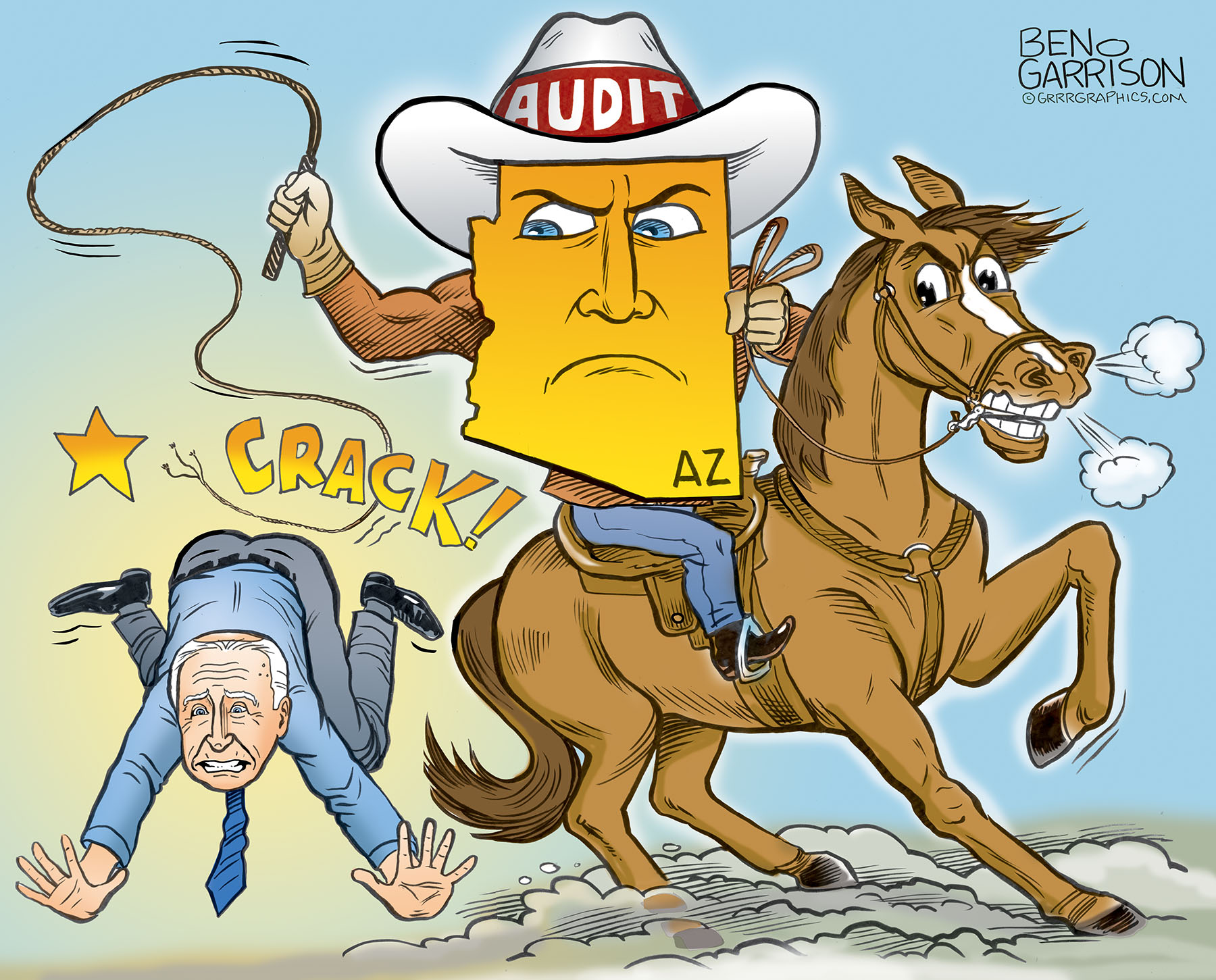 The Arizona Audit results are In The Election must be decertified

Friday, September 24th was a day that will go down in history. The results of the months long Arizona forensic audit was finally presented to the public. The conclusion was undeniable. The Arizona presidential election was rife with fraud and many election integrity issues.

This was an audit of Maricopa county, just one county in Arizona.

Here are just some of the many findings: 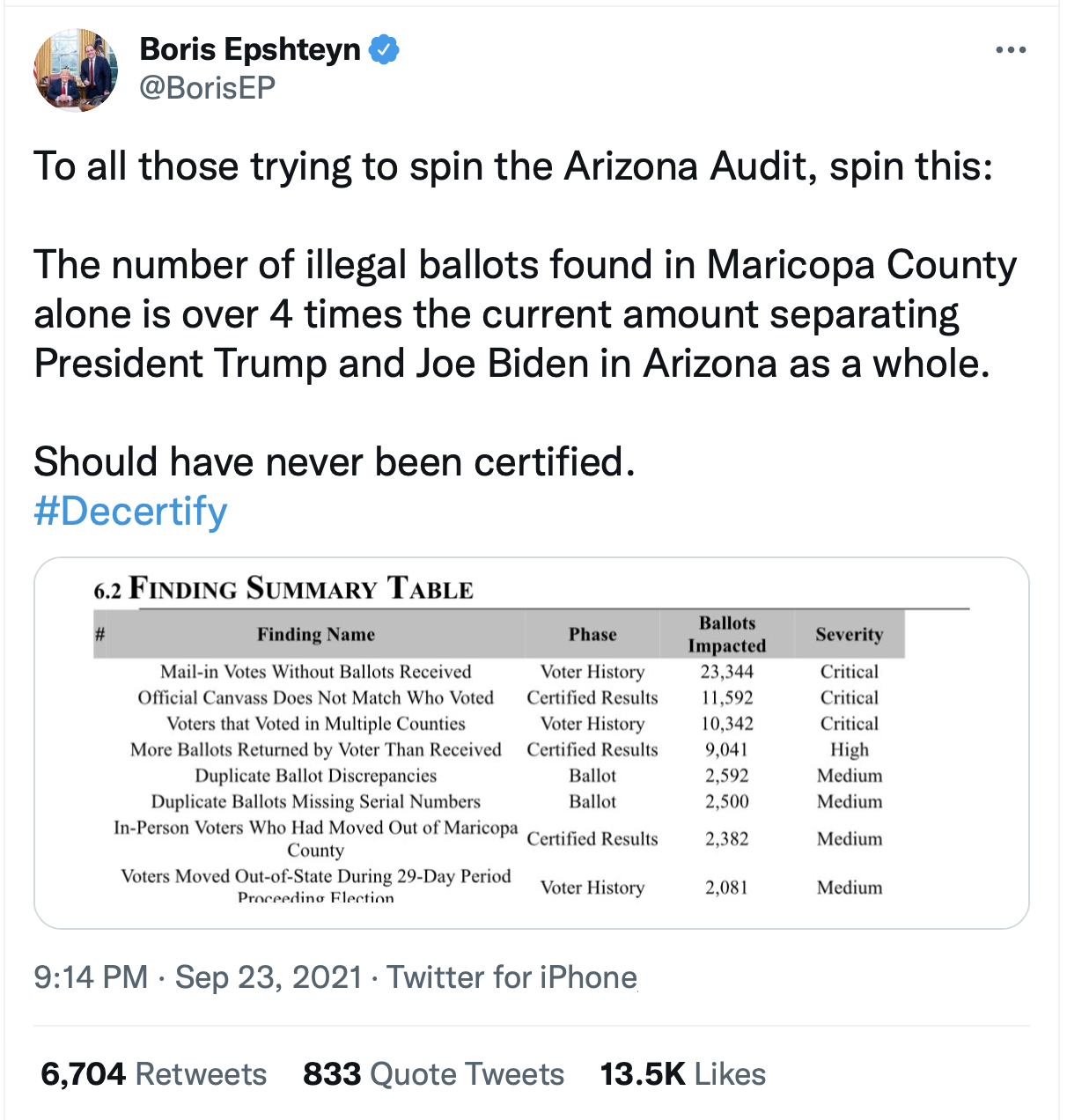 This cartoon is available as a signed print, Order your print today!