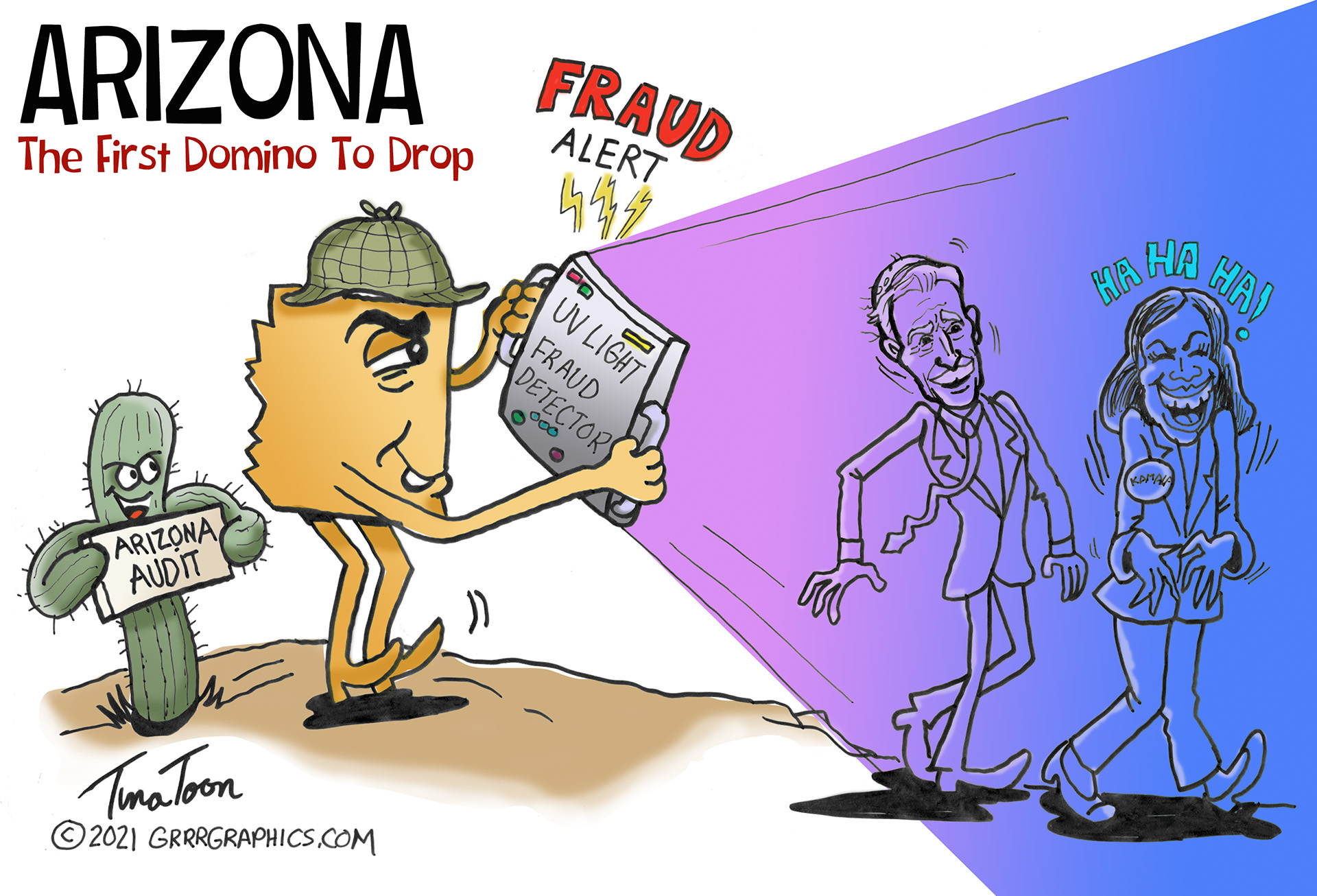 You can’t hide the truth.

Arizona is conducting the first serious and forensic audit of the stolen election. The audit officially began a few days ago panicking the Democrats. The Democrats sent a team of 100 lawyers to try and stop the audit. They know what the results will be.  We remember on election night in 2020 how Fox News called Arizona for Biden minutes into the count. They were in on it. Never forget that.

Finally election workers are running true forensic testing on the ballots. As the Gateway pundit previously reported, inventor and data analyst Jovan Hutton Pulitzer, has a process and the patents surrounding the process where he can identify fraudulent ballots based on the paper used, creases in the paper, the ink on the forms, and other characteristics. Pulitzer can identify fraudulent votes, which will ultimately result in the accurate results of the 2020 election when only valid votes are accounted for.

In true transparency, the audit is being monitored from nine different angles by security cameras. One of those cameras revealed an ultra violet light scanner that checks ballots for fraudulent evidence.

And former Arizona Secretary of State Ken Bennett confirmed the audit officials are using ultraviolet light to scan the ballots for folds and watermarks on Monday.

Today President Trump weighed in on the Arizona audit:

The Radical Left Democrat Party has gone absolutely INSANE in fighting the Forensic Audit of the 2020 Presidential Election Scam, right now taking place in the Great State of Arizona. They sent a team of over 100 lawyers to try and stop it because they know what the result of the Arizona Senate sponsored audit will be—and it won’t be good for the Dems. The audit is independently run, with no advantage to either side, but the Democrats don’t want to hear anything about it because they know that they lost Arizona, and other scam election States, in a LANDSLIDE. They also know that the Arizona State Legislature approved virtually none of their many election requests, which is totally UNCONSTITUTIONAL. The people of Arizona are very angry, as are the people of our Country. If we can’t have free and fair elections, we don’t have a Country. The audit must continue. America deserves the TRUTH!

We deserve the truth indeed.

The Democrats will throw everything in their arsenal to stop or overturn the Arizona audit. Don’t let them get away with their distraction tactics.

All eyes on Arizona

The First domino to drop!

PS Do you like Tina Toons?  If you do, I will draw more! Let me know at [email protected]

Share a “virtual coffee” with TINA Today- a fun way to support out America First cartoons and the MAGA movement! Click to send a triple expresso with no “soy” milk today!

Need ALL Four Cartoon Books? We have you covered at an incredible savings!