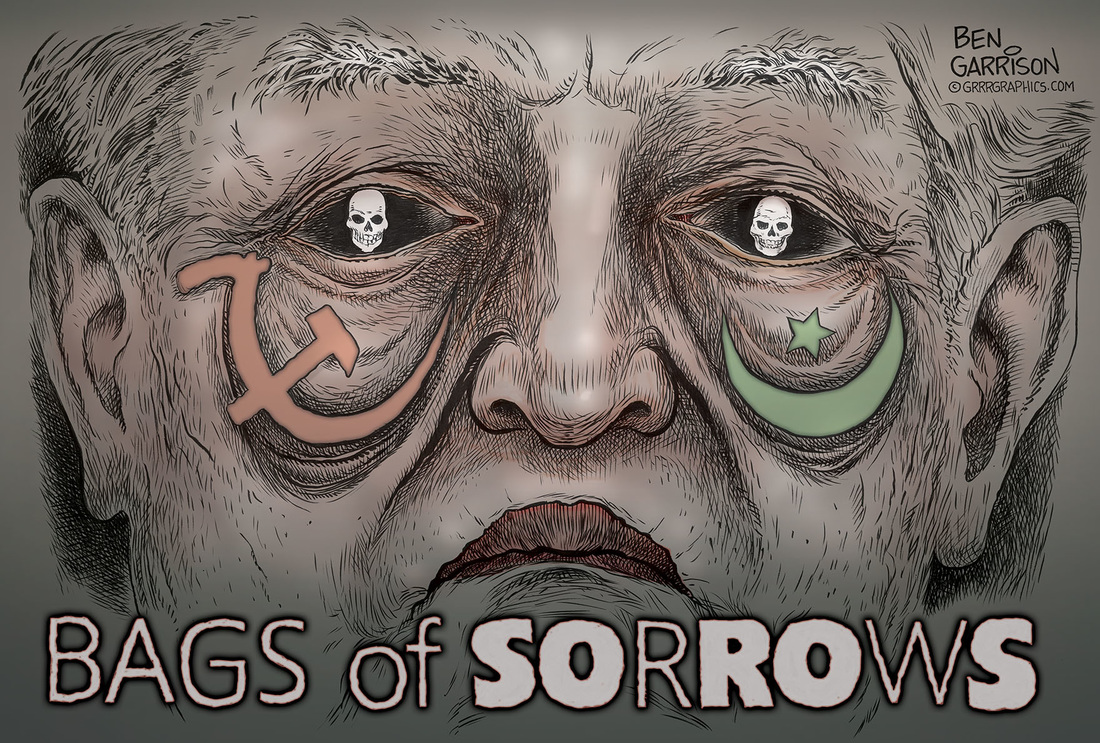 It’s not Halloween yet, but here’s a scary cartoon. George Soros is a monster and so I drew him as one. The ancient, baggy-eyed destructive billionaire enjoys funding a litany of left-wing causes including Black Lives Matters in order to stir up conflict and divisiveness. He meddles in the politics of other countries by bankrolling radical agendas. He manipulates currencies. He helps fund endless Muslim migration into Europe to help destroy western civilization and put them under the collectivist thumb of globalist banks.
He does this because he’s a megalomaniacal sociopath with delusions of godhood. He hopes to destroy nationalism in order to better usher in his New World Order—with him among the elite in power.
He supports the lying arch-criminal Hillary Clinton and the utterly corrupt Clinton Foundation. He knows Hillary will usher in even more destructive immigration, which will include radical Muslims. He knows most of them will won’t assimilate—they prefer Sharia Law, which contains many barbaric and intolerant elements including sexual mutilation and abuse of women, revenge killings, and endless terrorism aimed at the ‘infidels’ in their host countries. In America, over 50 percent of Muslims want Sharia Law over our Constitution. That’s not assimilation. They’d rather conquer. Their religion dictates that attitude.
Saul Alinksy in his “Rules for Radicals” openly laid out the plan. They want to usher in socialism by any means. Hillary and Soros are doing just that. By breaking down western civilization they can easier install their world government and force citizens into slavery. The people will be compelled to depend upon and pay obeisance to a leviathan, totalitarian government. This is what Hillary and Soros want. They must be stopped.