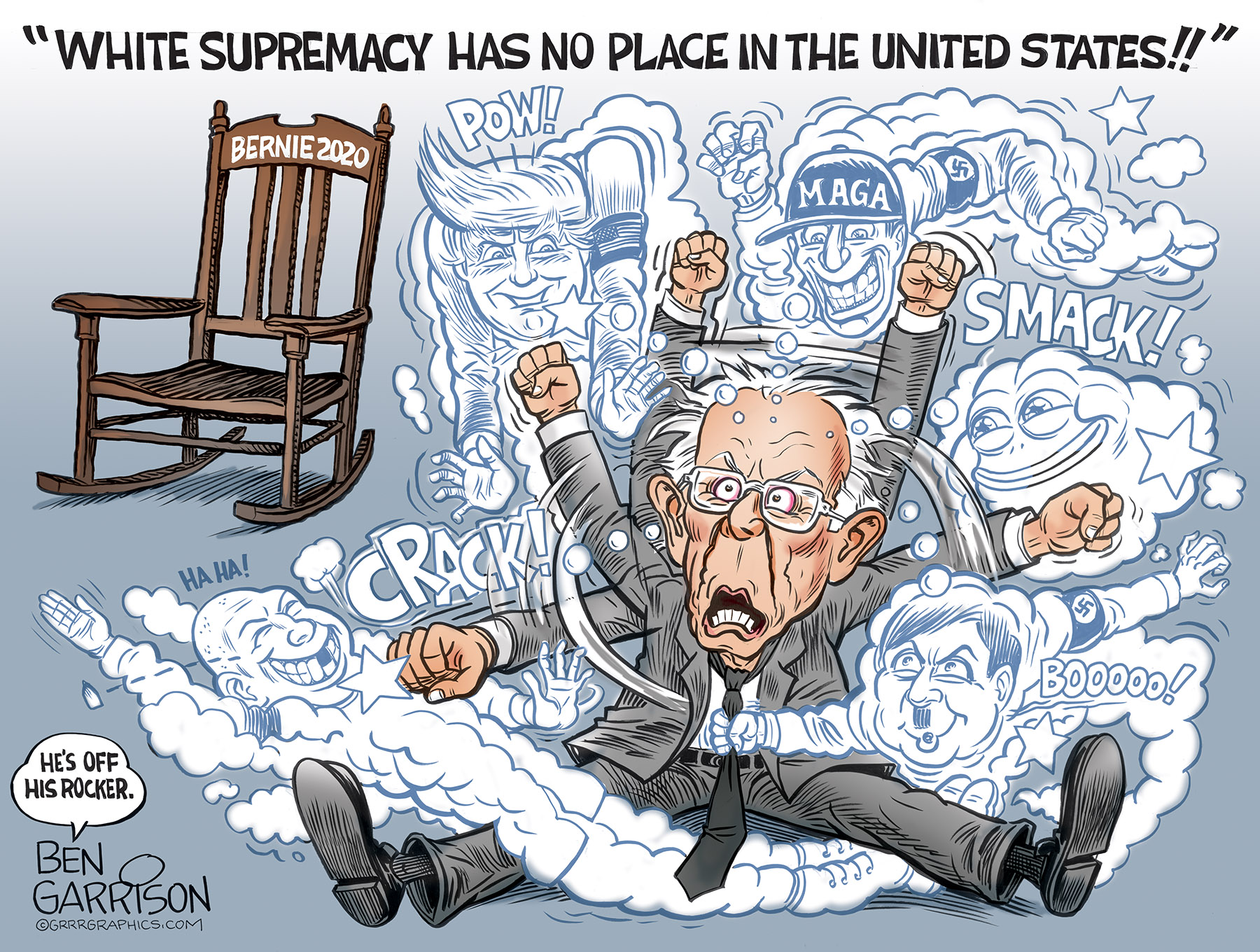 “Bernie’s Off His Rocker”

“We will go to war against white nationalism and racism in every aspect of our lives.”

This is what Bernie Sanders said he’d do if elected president. Big government loves to start ridiculous wars. We had LBJ’s war on poverty, Ford’s war on inflation, and then Reagan’s war on drugs. But a war on white nationalism and racism?

Bernie said he’d conduct it by any means necessary, including the issuance of executive orders. He will force you not to be a racist! Oh yeah, he gets to define what racism is, and the insult is usually assigned to those who disagree with his socialism.

For example, he often attacks the president as a ‘racist, homophobic, sexist, and religious bigot!’ (He can’t call Trump ‘anti-Semitic,’ because he’s done a lot to support Israel).

Bernie is not alone. Cory Booker also wants the war. Many on the left now see the slur ‘racist!’ as losing its effectiveness. Their new approach is to call opponents white nationalists, which is then quickly morphed into ‘white supremacists,’ or ’Nazis.’

They need monsters to attack, thereby making their solution—socialism and ’social justice’ (whatever that is) seem more wholesome and desirable. Therefore, they use identity politics to smear white conservatives. Those who oppose them are not only framed as far-right kooks, they’re now Hitler! They see new Hitlers everywhere and they must be stopped!

In reality, there aren’t many real Nazis or KKK members in America. The organizations that do exist are heavily monitored and infiltrated by the FBI. Even if they aren’t monitored, the First Amendment protects them. As long as they’re not plotting violence and terrorism, they have a right to be racist. Hate speech remains legal in America. Those of us who don’t like it don’t have to listen to them. Meanwhile, blatant violence is being spread by Antifa, but they’re on the left so Bernie gives them a pass.

Nationalism means to put one’s own country first. I put America first. I’m against globalism and socialism. That makes me a nationalist. I’m white, so it makes me a white nationalist. There are many black conservatives who are also nationalists, but the left rarely mentions them except to call them “Uncle Toms.”

The left’s attack on white Americans is overt racism. As for ‘white privilege,’ try telling millions of poor or homeless white folks how privileged they are. Tell hard working white people who pay way too much in taxes that they need to pay even more taxes in order to make reparations happen–even though they had nothing to do with slavery. In fact, Jim Goad’s ‘Redneck Manifesto’ explains how many white people had ancestors who were themselves slaves when they came to America—it was called ‘indentured servitude.’

Bernie Sanders is a unhinged old communist, but if he thinks white supremacists are a big threat to America, he’s off his rocker. 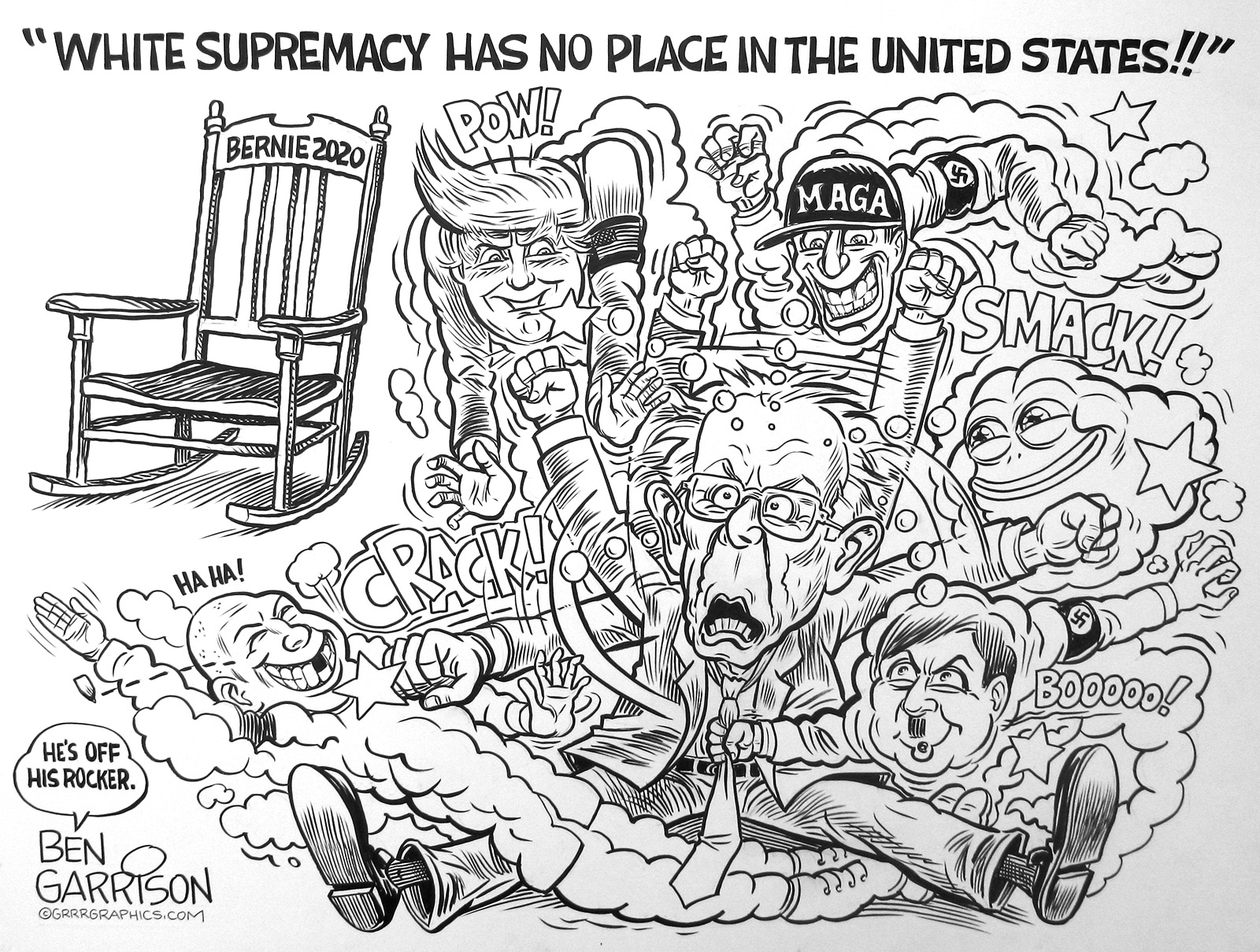 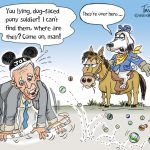 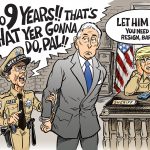 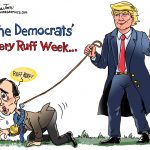