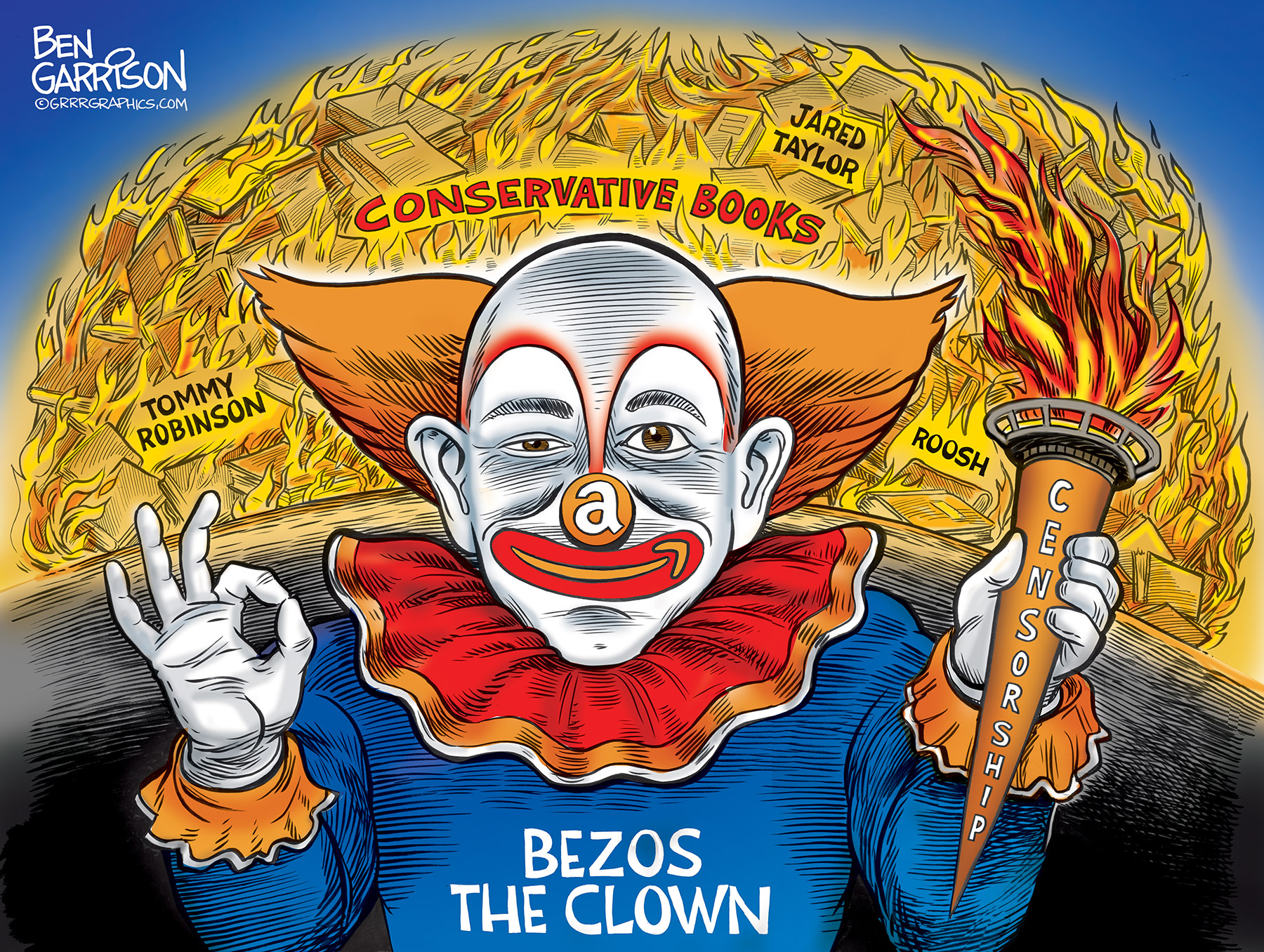 For many years Amazon has allowed free speech to flourish on its site. Jeff Bezos, its billionaire CEO, has now pretty much cornered the market on book sales.

Some people refuse to use Amazon due to the fact Bezos is aligned with the CIA and the Deep State.

Amazon has become a monopoly and not just for book sales. Yet now they’re starting to clamp down on books not popular with the left.

A man named Roosh published books on the subject of picking up girls. His books were very offensive to feminists, so Amazon banned them. So much for Roosh’s free speech and his ability to make money through book sales. Likewise for Jared Taylor. His crime? He is a race realist who does not bow to political correctness. The Southern Poverty Law Center, arguably a hate group itself, condemned him for ‘hate speech.’

Tommy Robinson’s crime? He pointed out the fact that many Muslims in Great Britain were part of rape gangs. Facts were on Tommy’s side, but he was accused of committing hate speech in Britain and so Amazon went along and banned him. Nowadays, anyone who criticizes the behavior of some Muslims is instantly accused of “Islamophobia,” or hate speech. Other authors, who depend on book sales via Amazon, were also banned without explanation.

I expect Silicon Valley and Amazon to ramp up their blatant and shameful censorship of conservatives as the 2020 presidential election approaches.

They know Hillary lost because she was unable to control minds. People had freedom of speech on the Internet and were able to figure her out for what she was—a lying criminal doing the bidding of the Deep State cabal. If they can’t control people, they will censor what those people were reading and listening to—conservatives.

Shame on you for violating the First Amendment, Bezos. You’re a real Bozo.