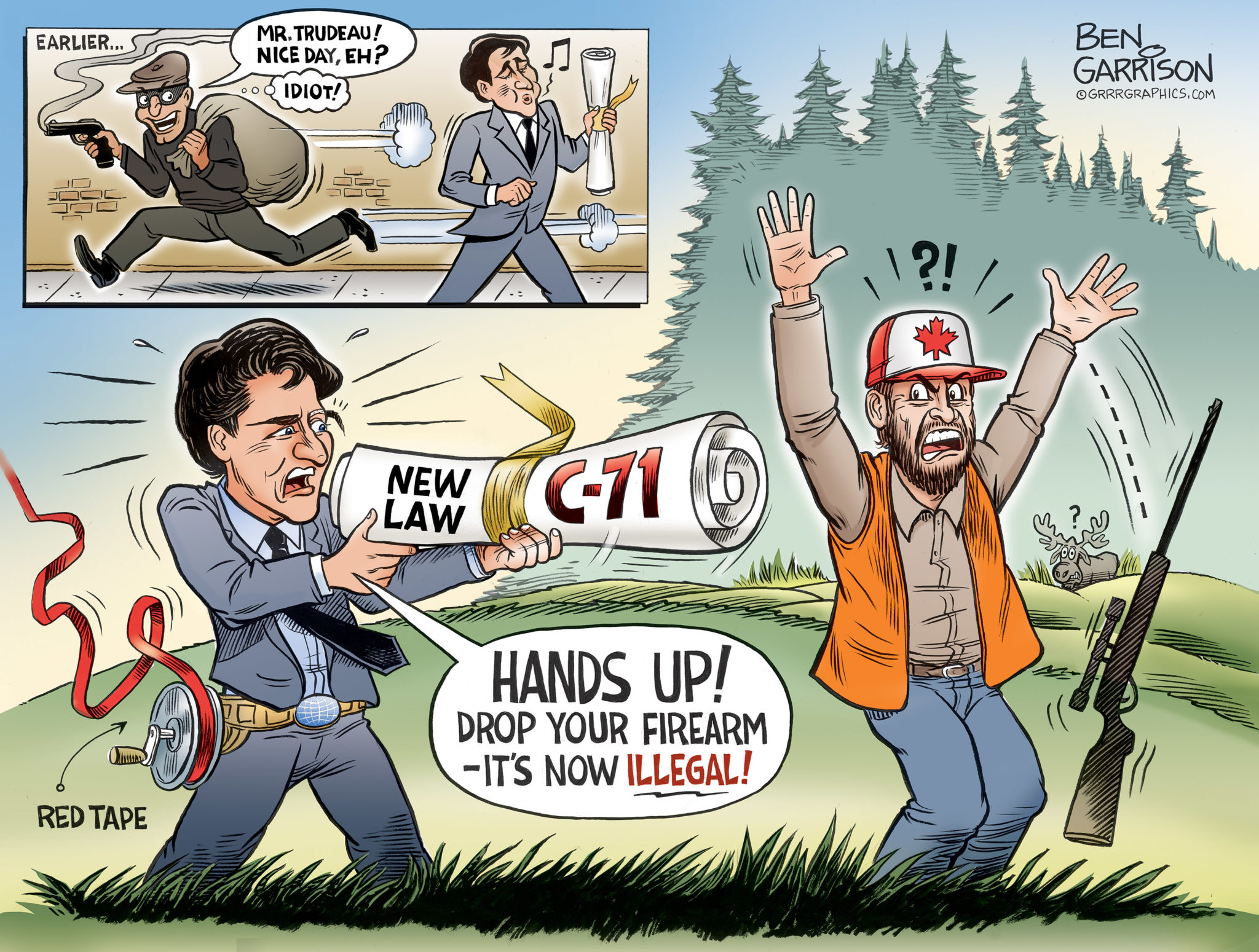 This cartoon was commissioned by a concerned Canadian and it’s also an important issue to us gun owners here in America. More new gun control laws that slowly turn up the heat on the legal firearm owner.

Why? What is happening in Canada is already starting to happen in the USA. When it comes to gun ownership, big government continually pushes for more control by means of rules, regulations, fees, fines, red tape, paper work, bureaucracy and even outright confiscation. A good example of such statism at work is the Seattle City Council. They passed a bill that mandates ‘safe gun storage’ and civil penalties given to the non-compliant. People who fail to store their guns in a safe could face a $500 fine. How will they enforce such a law? That remains to be seen. Our Fourth Amendment can keep enforcers from barging in our homes and making random checks. Regardless, Americans need to push back hard against such power grabs. Our freedoms are being eroded slowly by means of the ‘boiling frog’ technique. I’ve noticed the water is getting warmer.

It’s already hot in Canada. The liberal government of Trudeau has created a bill known as “C-71,” which is ostensibly designed to target illegal gun crime, but the bill itself does nothing to help apprehend criminals. Instead, the law will harass and discourage Canadians from owning firearms by means of red tape and statist bureaucracy. If the rules and regulations aren’t followed to a “T,” then confiscation could occur. Hunters are not criminals, but are increasingly treated as such.

Too many Canadian gun owners remain unaware of this dangerous bill, or even the stack of current laws there designed to thwart gun ownership. I hope this cartoon will help wake a few people up. Not only in Canada, but here in America as well. We all need to speak out loudly against gun control laws. If we don’t, gun ownership will be made progressively more difficult.