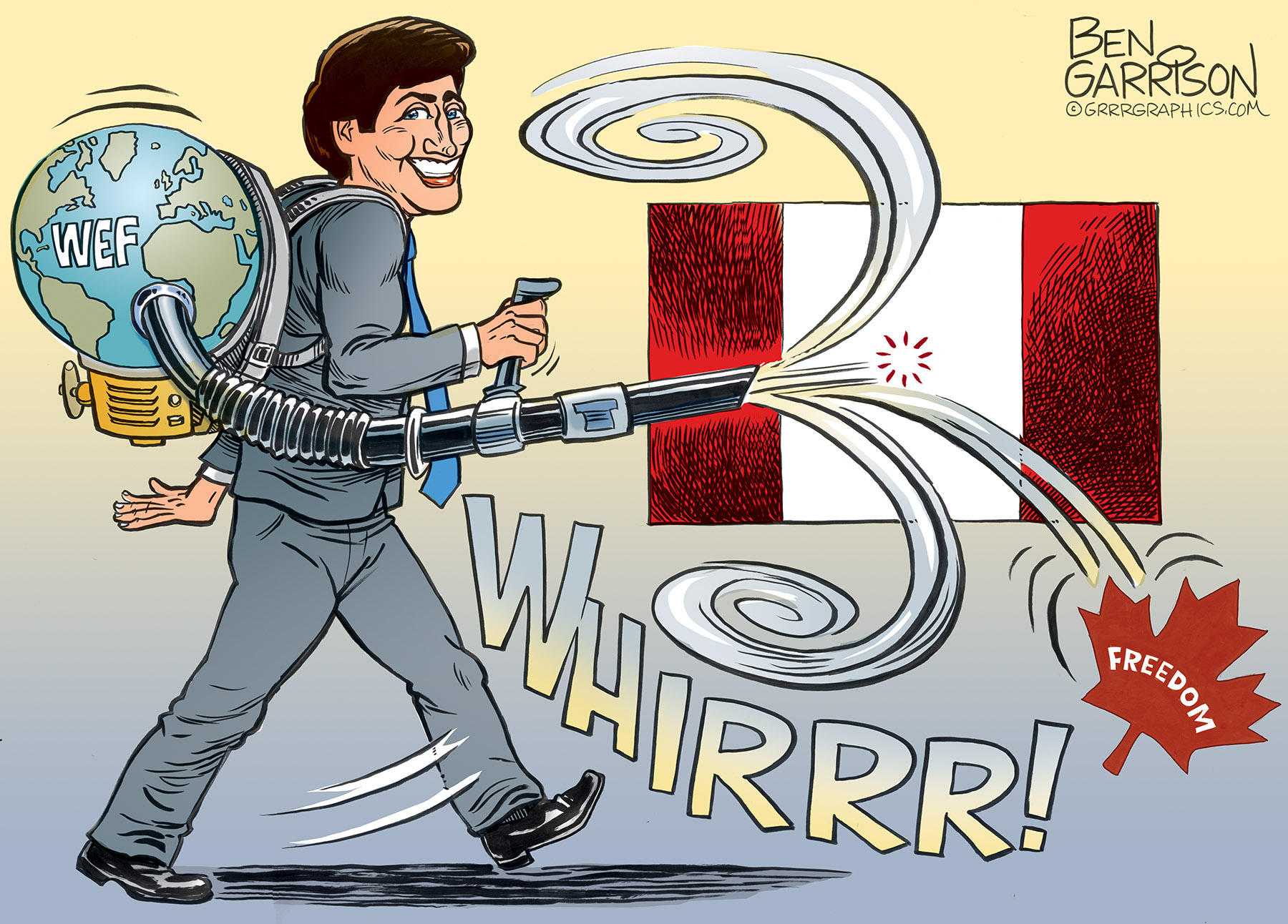 Canadian Prime Minister Justin Trudeau raised the ‘Pride’ flag on Parliament Hill and beamed about diversity and having a happy Pride season. Meanwhile he is blowing the symbol of freedom off of the Canadian flag. His new legislation would completely freeze gun ownership in Canada. Disturbingly, his announcement was met with enthusiastic applause.

It’s another power grab by Trudeau’s tyrannical government and another step closer to the complete enslavement of Canadian citizens. You can bet Trudeau will continue to be protected by men with firearms. He won’t afford citizens that same right to self protection.

Trudeau already made it clear that he wants permanent medical tyranny, an end to free speech (and real journalism), as well as tormenting Christians and halting political protests by means of force, which also includes shutting down bank accounts of those who dare stand up against him. Trudeau seems to take great ‘pride’ in his dictatorial accomplishments. His father, Fidel Castro, would take great pride as well if he could see his son following him in his combat boot-stamping footsteps.

Trudeau’s power grab isn’t unique to Canada. His tyranny is being repeated by leaders across the western world. Australia grabbed the guns and imposed medical tyranny and so did New Zealand.

Macron, Jacinda Ardern, and even the so-called conservative Boris Johnson all play the same game.

Joe Biden would love to freeze all gun sales as well. He stupidly launched into a verbal attack on 9 mm ammunition and made it clear he knew nothing about firearms. He lied and said the 2nd Amendment was ‘not absolute.’ It is absolute, Joe and you’re not getting our guns. Fortunately we Americans have a ‘shall not be infringed’ imperative in our Bill of Rights. We will not go the way of Canada and Australia and turn in our guns.

Trudeau and the other tinpot dictators are doing the bidding of Klaus Schwab, the WEF self-appointed ‘elitist’ who wants to run the world. A colossal pervert, he wants his ‘Great Reset’ no matter how many humans it hurts. Obama and Biden share the same attitude. High gas prices and inflation? Endless war? Supply chain destruction? It’s necessary to fundamentally transform America into Schwab’s liking. He wants a green economy free of carbon. Humans are made up of carbon. Schwab wants the vast majority of us removed from his planet. Those remaining will live in pods, eat bugs, have zero privacy, and beg a global government not to kill them.

Trudeau’s tyranny is what Biden would like to see repeated in America. We all need to stand up to the tyrants! Let’s stop participating in our own demise.