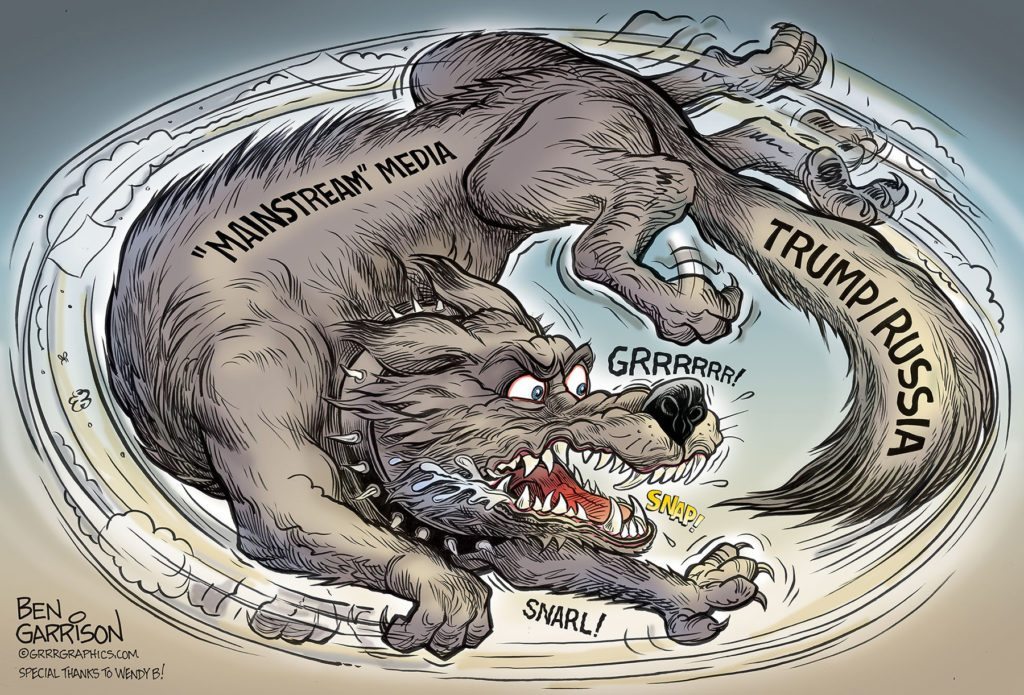 The establishment or ‘legacy’ media are going to the dogs. Lately we’ve seen even more of their breathless ‘blockbuster’ news events blowing up in their faces, but it doesn’t seem to deter them from continuing to release fake news. Despite their history and money, the big dog ‘mainstream’ media are losing readers, viewers, trust, professionalism and credibility. Their historical dominance is rapidly ending thanks to truth tellers who can be found on the Internet.

The lefty media have been relentless in their biased attacks on President Trump. They were shocked by his election because they had grown used to brainwashing the masses. Hillary promptly blamed the Russians for Trump’s victory and claimed ‘collusion.’

The rabid lefty media have been determined to prove the alleged ‘conspiracy’ ever since, but all they’ve come up with is empty bombast. They’re like a dog who chases its own tail but can never catch it…because the Russian collusion story is not factual.

The Fake News liars have had success against Judge Roy Moore, however. The yearbook story was proven to be a forgery—and sourced to a big media arm. Moore was relentlessly and unfairly impugned as a ‘pedophile,’ by the leftist media. Such repeated lies contributed to his loss and I hope he contests the results, because it was very close.

I recommend “The True Story of Fake News,” by Mark Dice. It offers an excellent explanation and summation of fake news occurring in the legacy media as well as social media.

One of our followers suggested this cartoon and she has our thanks.