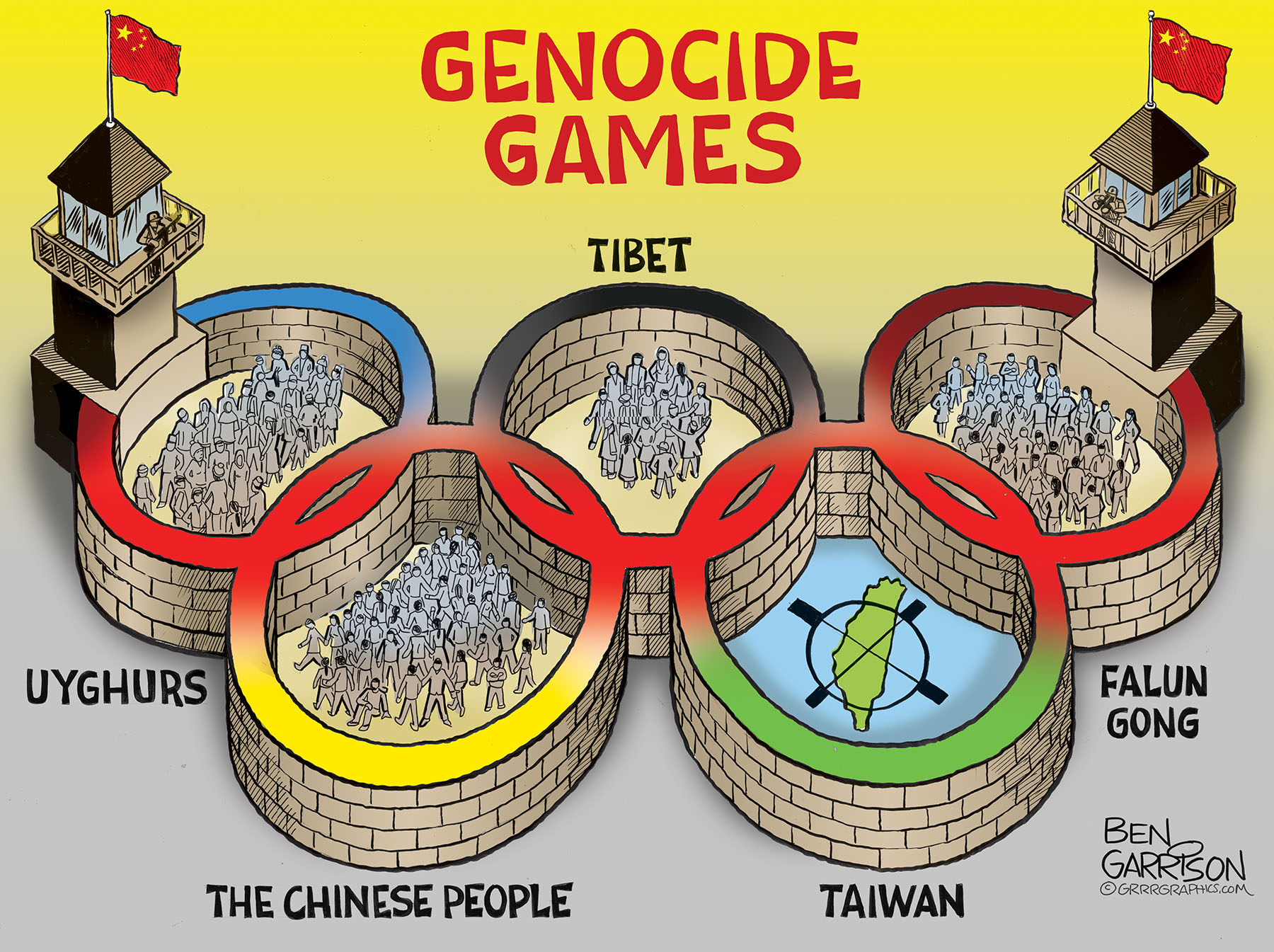 The Winter Olympic Games in China kicked off with a dazzling show of communist propaganda.

Like the Olympic Games in 1936 Nazi Germany, the communists hope to showcase China’s growing superiority to the world. President Xi wants to bask in the attention the Olympics can bring. Xi wants to become another Mao. Yes, the Winnie The Pooh look-a-like wants to be worshipped as he tightens the screws on a police state designed to control his citizens on a granular level. Xi deserves a gold medal for tyranny.

The ruling elite in the West would like to emulate China by installing a globalist police state where most citizens become serfs. A comparatively few will control us by means of a social credit system, swat teams, and peer pressure. There will be no free speech, no freedom of movement without permission, and no hope. They even want to shut off our automobiles remotely. Protestors will get the Tiananmen Square treatment.

Meanwhile, our toadying mainstream corporate media ignores or glosses over decades of Chicom brutality. Why? Because of money, of course. Shame on our politicians who turned over our industrial base to the Chicoms. They did it so the fantastically rich could get fantastically richer while the middle class got poorer. Shame on those politicians who have been bribed by the Chicoms. They are traitors. Shame on Hollywood and the NBA for caving into demands from the Chinese communists. Shame on NBC for broadcast the CCP’s propaganda show.  Shame on those who praise China while the communists toss so many people into concentration camps, just as Hitler did.

Even ol’ Adolf didn’t forcibly extract organs from still living human beings. Xi is an atheist. He believes humans are blobs of matter or economic units to be controlled. He doesn’t believe in God, but he does believe in power and wants all of it. In a way, he wants to be God. He wants adulation from the world and we should not give it to him.

Do not tune into China’s Genocidal Games!

One of our favorites on sale for a limited time- only 10 available at this LOW price! MAGA vs Swamp