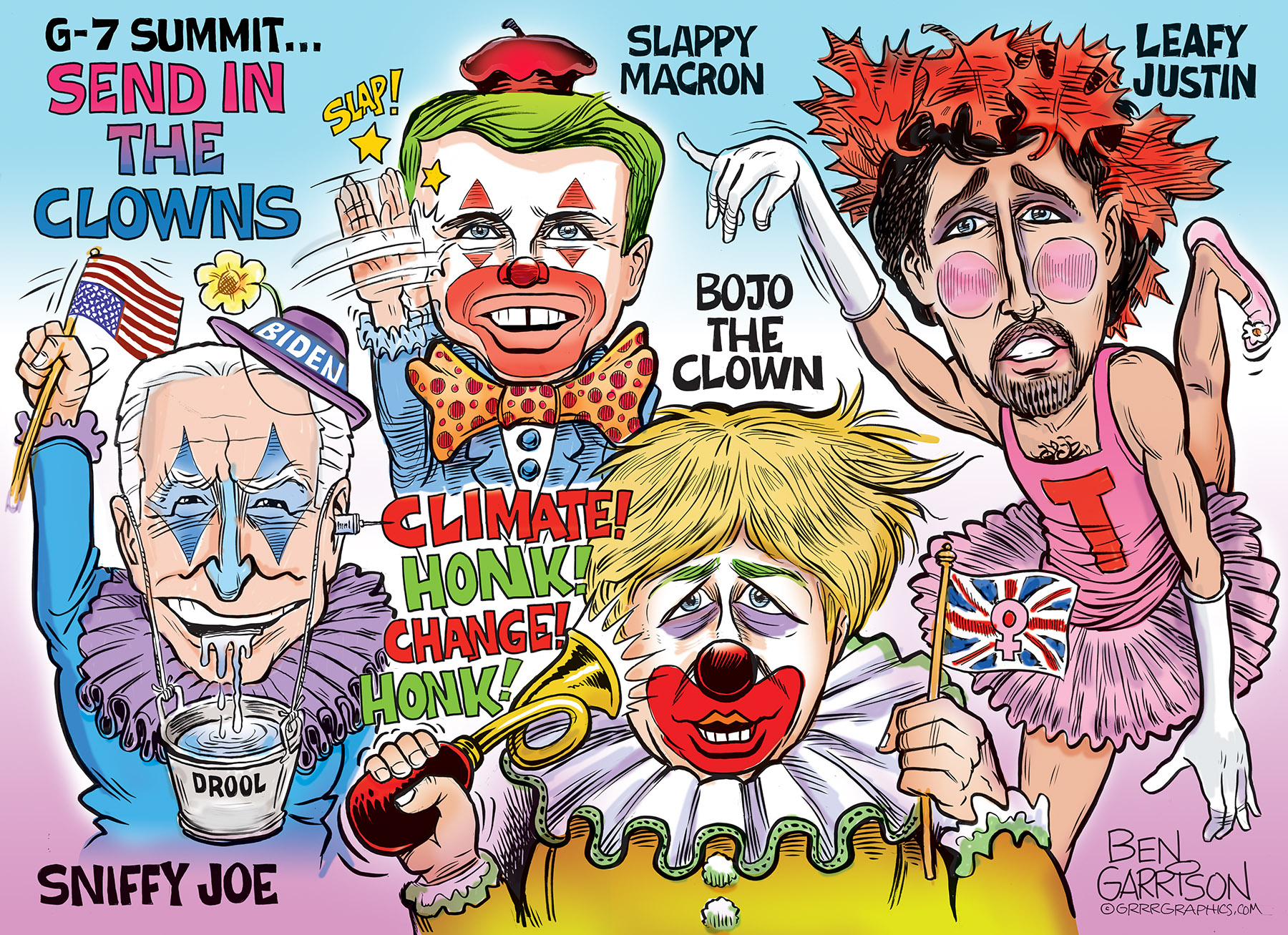 Clowns to the left of me, jokers to the right…

UPDATE: Boris Johnson has resigned as the UKs PM- Who’s Next?

Joe Biden put in a fumbling, mumbling, bumbling performance at the G-7 Summit. He’s a clown who does as he’s told and what he does is carry out the globalists’ desire for Agendas 21 and 30. It’s always the same—the climate change bunk is pushed while more government tyranny is urged.

Whatever glimmer of hope I once harbored toward Britain’s Boris Johnson was obliterated when he talked about ‘gender neutral’ governance. He said it needed to be more feminine, but being female is not neutral. Maybe Boris means men should become more like women, but at the end Johnson comes across as a loony. BOJO is aligned with Biden and pushes the dangerous vaccinations. Great Britain has the highest rate of the poisonous injections. Despite this, Boris also wants to keep his country on lockdown. Pathetic.

Macron got his face slapped by a fellow Frenchman who hated the direction the globalist banker-led leader was taking the country. How French. The man was sentenced to 18 months in prison but when he is is released he will never have to buy a glass of wine again as everyone will consider him a hero.

Justin Trudeau is another joke of a leader, but the tyranny he has inflicted on Canada is no laughing matter. Oh Canada, maybe an audit of your elections is in order?

They’re all clowns, but not the laughing kind.

Cartoon available as a signed print, click to view

This Cartoon is Amazing and the Original Art is inspiring. Original art now available click to view! 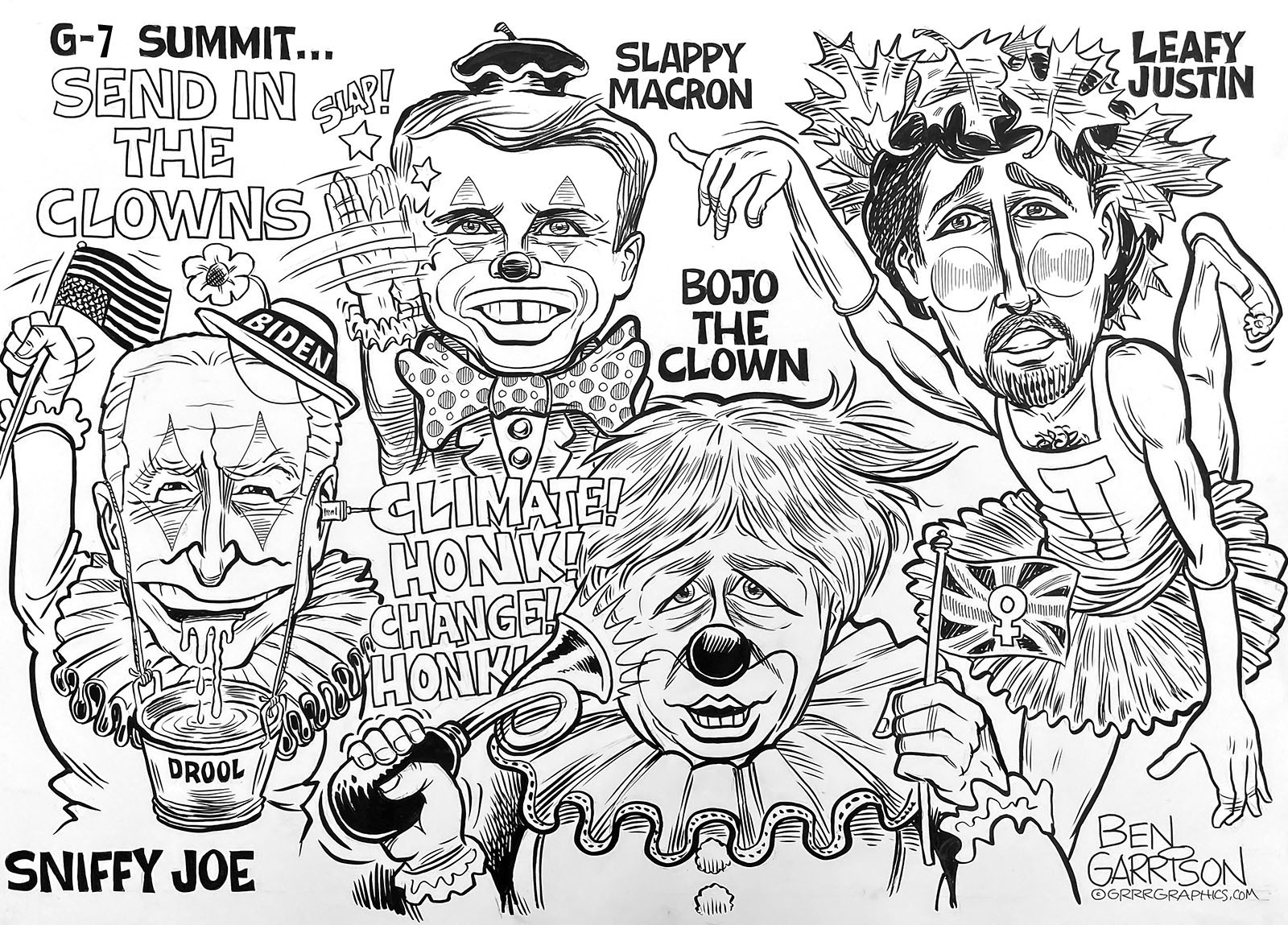