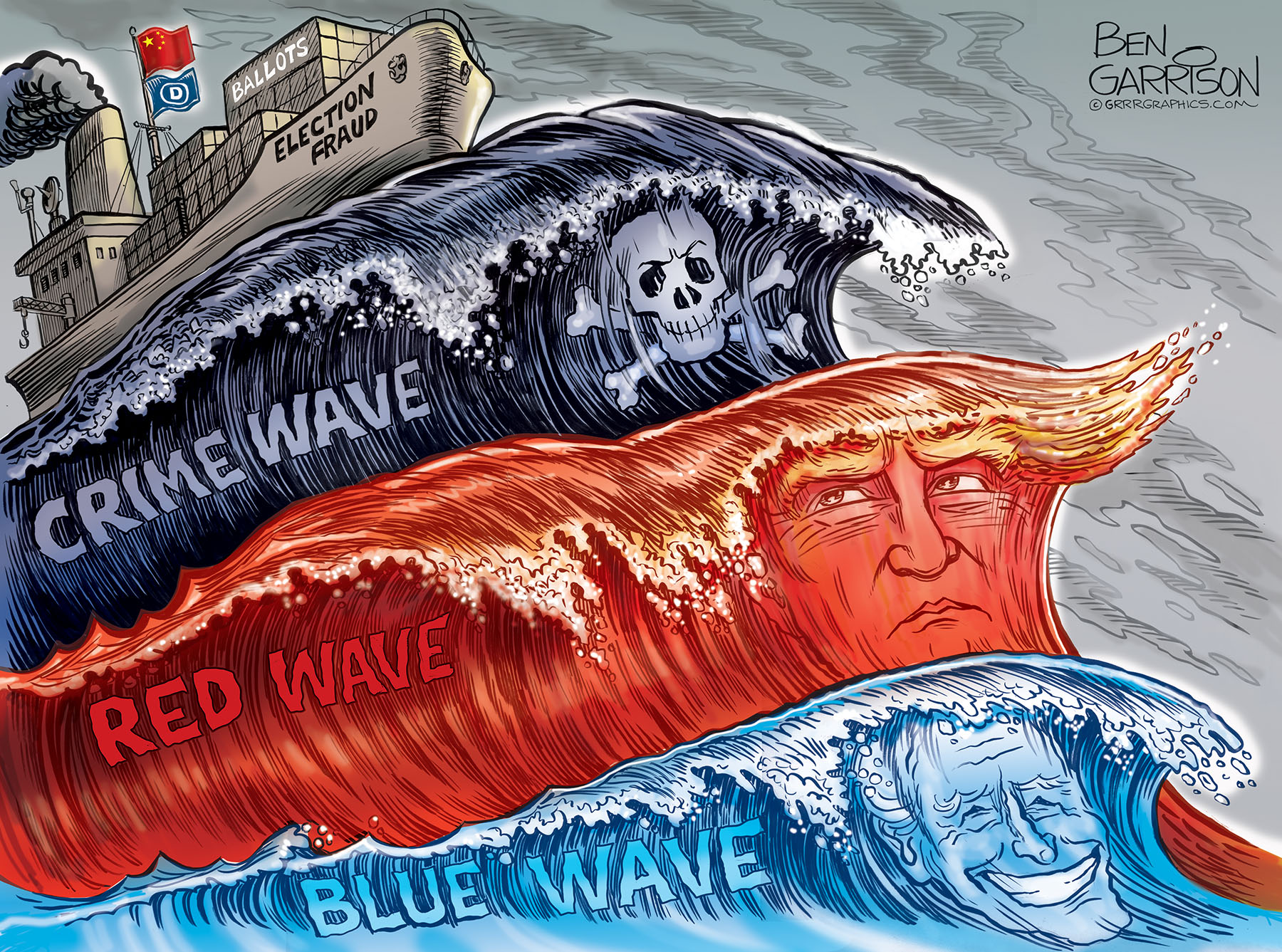 There was a lot of talk about blue waves and red waves ahead of the election.

What we got was a crime wave.

Lately I’ve been reading a lot about the stolen presidential election and it’s tough to sort out hopeful conjecture from real conspiracies. Does that kraken that Sidney Powell released have real, tangible evidence and legal teeth? The so-called mainstream media tell us no, but we know corporate media and silicon valley repeat by rote what China and the rogue CIA tell them to say—and it’s nearly all lies.

Did the military have a firefight with CIA operatives in order to seize the Dominion voting machine servers in Germany? Why were US votes being stored and tabulated in foreign countries in the first place? Why did a judge order the preservation of voting machines in Georgia only to order them erased an hour later? Will this eventually end up in the Supreme Court?

The questions go on and on and if that’s all not weird enough, Biden hurt his foot while playing with his dog and he will now be sporting a medical ‘boot’ similar to what some other criminals wore. I’m referring to Hillary Clinton and John McCain. Some say the boots contain tracking devices to make sure they didn’t flee the country. Hillary seems immune to a prison cell that she earned and deserves. Some say McCain was executed for being a traitor. I’ve heard the same thing said about the CIA man, George H. W. Bush.

Remember the odd note handed out at his funeral that seemed to shock his son Jeb?

Yes, things keep getting weirder and weirder. One thing is certain—election fraud occurred on a massive scale and the criminals who carried it out must be prosecuted. If not, our Republic is lost and the Deep State Swamp criminals will be emboldened to commit even more dirty deeds—a veritable tsunami of crime will await us if we don’t take action.