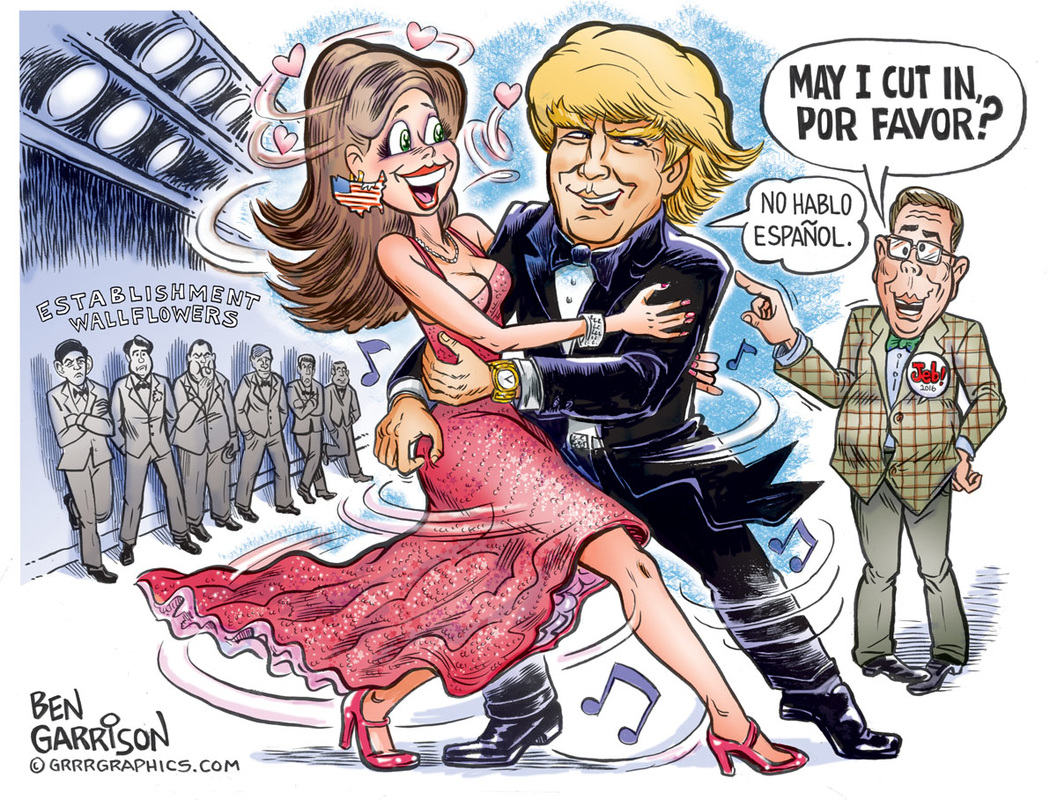 Donald Trump continues to increase his commanding lead in the polls. There are a variety of reasons for this. For one thing, he’s not politically correct. I suspect most Americans, like me, are becoming very tired of being called ‘racist’ merely because they don’t want to go along with the New World Order. That phrase was first voiced by the first George H. W. Bush. To be sure, Trump comes from the 1 percent, but he’s not controlled by them. Trump seems to care about bringing back jobs and self-respect to the middle class. Will he do that? Can he do that? It remains to be seen.
Most Americans are sick of the Bushes. We’re sick of the Clintons. We do not want dynasties. America is not set up to be run by royal families. We are not supposed to be a monarchy. We are tired of politicians who speak from a teleprompter. We are tired of politicians who are afraid to debate without first running issues through focus groups. We are tired of the fake liars who say one thing then do the opposite. We are tired of the phony baloney politicians who are run by lobbyists, special interests and the big-moneyed oligarchs who really run the show. Trump, for all his many flaws, is genuine. He does not dance around issues; he wants to solve them. Americans are saying, “Let’s face the music and dance.” They want to do the Trump Tango. —Ben Garrison
Enjoy Ben’s cartoon takes on current events? ?  Please share on twitter and Facebook. If you would like to become a patron of Ben’s cartoons and GrrrGraphics, please check out our new Patreon page, donate as little as a dollar a month and help keep cartoons rolling! thank you!   GrrrGraphics on Patreon.com