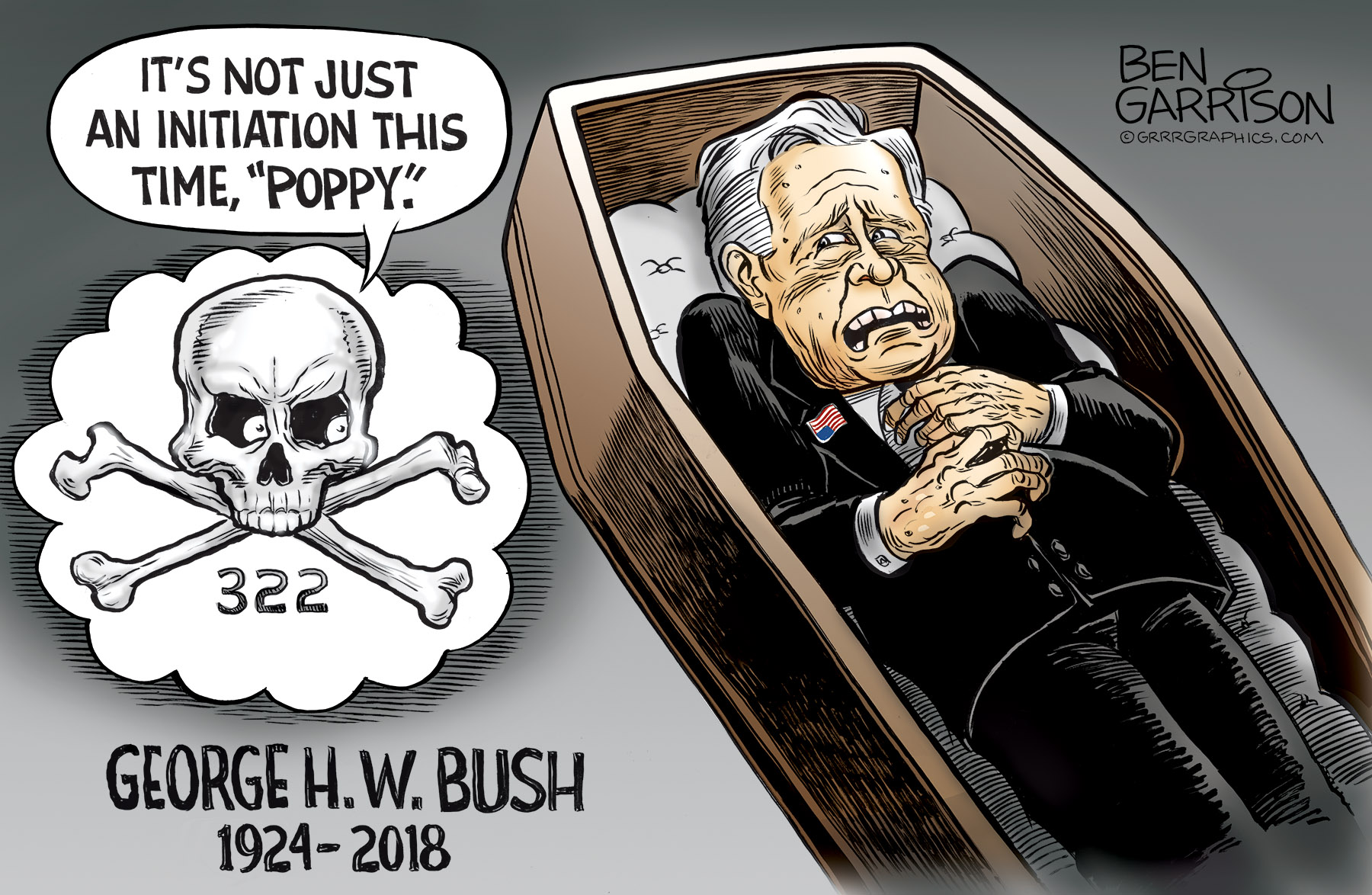 It’s the First of December as I write this and it’s very early in the morning. Mr. “Read my lips; no new taxes!” is dead. I decided to dash out a cartoon about the first Bush President. I never liked him, nor did he get my vote.

41 pinched the rear ends of young ladies from his wheelchair toward the end. He didn’t care about MeToo at that point. He and Bill Clinton had many things in common, they both supported NAFTA, which thanks to the current President, no longer exists.. His son W. was a war criminal, but like Hillary, he’s above the law.

I just glanced at the glowing obits being proffered by the legacy media. CNN, The New York Times and others seem quite reverential and respectful of “Poppy” Bush. After all, he was instrumental in furthering an opaque government and the Deep State that now controls most of the media arms. He was the first to promote the “New World Order” that socialists want. Bush was friends with Obama and the Clintons. In fact, the Bushes voted for Hillary, not Trump. Its no wonder the fake media is gushing praise for the globalist H. W. Bush. 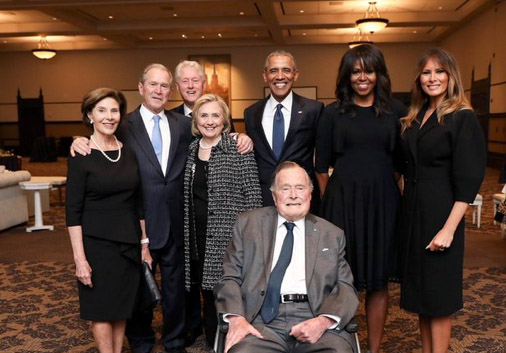 I’m not. A product of a privileged family, Bush did fly many missions in WWII as a Navy pilot. However, he also quickly bailed when his plane received Japanese anti-aircraft fire. He left two others on his plane to their fate. They were never heard from again while a submarine rescued a future president. Naturally he was hailed as a hero, just as John McCain would be in the future.

Bush then followed his father’s footsteps into Yale. That also included joining an order there known as “Skull & Bones.” Many influential people have joined the vile group, including President Taft.

The initiation involves some dark rituals including initiates lying naked in a coffin while masturbating. Satanic rituals are used and like the New World Order, the Skull & Bones elites were fanatics about numerology. It is said his daddy, Prescott Bush, helped dig up the grave of Geronimo. They stole some of his bones and used the Indian’s skull in their rituals. Prescott also helped the Nazis. The legacy media will probably gloss over Skull & Bones. Or perhaps they’ll excuse Poppy for joining because he was young and wet behind the ears. Only he wasn’t exactly callow–he went to Yale after four years in the Pacific. He knew what he was doing.

He also knew what he was doing at the CIA and he may have been involved in the Kennedy Assassination. A photo showed him in Dallas at the time, even though he denied being there.

Bush will be remembered as one of the worst Presidents in our history. He spent eight years as Vice President undermining President Reagan. As President, he reversed nearly every Reagan accomplishment.  In 2016 he voted for Hillary Clinton, because the Deep State Swamp sticks together.