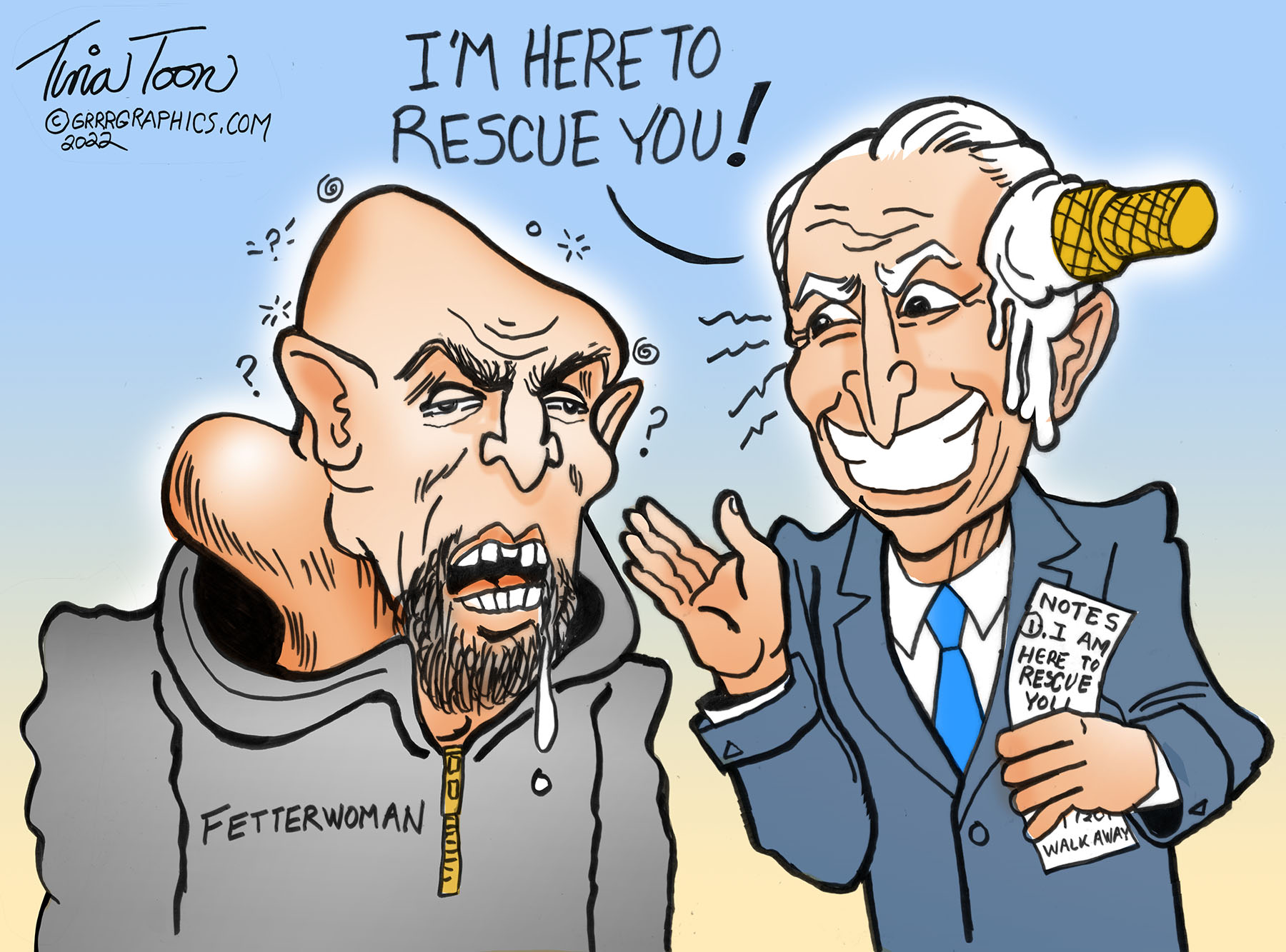 Dementia Joe Biden to the Rescue

Democrat Senate candidate and stroke victim John Fetterman’s campaign is in trouble. Therefore the Democrats are sending dementia patient Joe Biden to his rescue. Talk about the bind leading the blind!

Fetterman, er, Fetterwoman suffered a debilitating stroke in May during the primaries. He is experiencing cognitive issues and having trouble following speech and conversations. In fact, MSNBC even admitted that they had to set up a teleprompter in front of Fetterman so he could understand the questions during his recent interview.

“Just in some of the small talk prior to the interview, before the closed-captioning was up and running, it did seem that he had a hard time understanding our conversations,” the NBC reporter said.

Seeing Fetterman and Biden both on stage together would be the perfect example of today’s Democrat party: Clueless, brain-dead and physically broken.

To the Democrats, those attributes are a feature, not a glitch. In fact, being physically incapable of understanding spoken conversations makes Fetterman a “victim” and don’t you dare criticize him. Fetterman’s wife, who also acts as his nurse, was upset with the MSNBC’s reporter because she noticed her husbands cognitive decline.

“What a disservice she did, not only to my husband but to anyone facing a disability and working through it!” Gisele Fetterman said. “I don’t know how there were not consequences, right? I mean she was ableist!”

So if the Democratic senate candidate can barely talk or follow a conversation—and if you point that out—you are the bad person. You’re an “ableist.”

How dare you point that out! I guess if it works for “clueless” Joe Biden, why not John “Lumpy” Fetterman?

And what’s with that neck lump? Is he growing an extra head or what? Will Pennsylvania get two senators for the price of one? These are questions no one is asking. What’s next, a third ear? Now we know what his hoodies are for.

We thought he was merely a slob.

Dementia Joe Biden stumpin’ for “Lumpy” Fetterman will be like the blind leading the blind.

If Fetterman doesn’t get elected, he can always compete at the “special” Olympics.

Want to support GrrrGraphics and keep freedom rolling? You can make a donation at our support page.  Click and keep the MAGA movement humming!