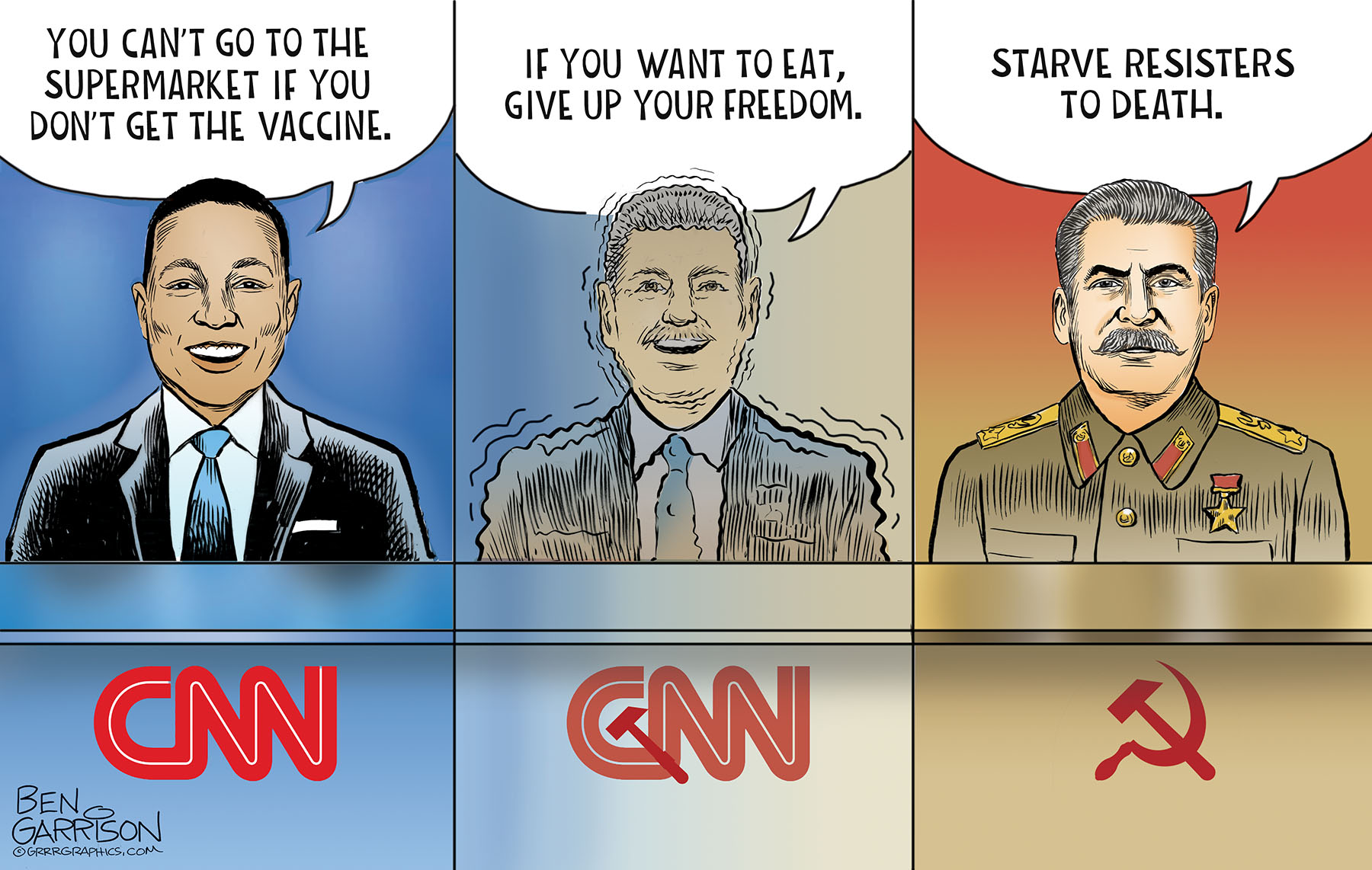 A few months ago I had an email conversation with a friend who said we should not call the Democrats ‘socialists.’ No, the Socialist Democrat Party didn’t cut it. We needed something stronger. He suggested we call them neo-Marxists. I agreed, but now I think we should simply label them outright communists.

Ready to Fight aback against the freedom hating Democrat communists? Join us on Patreon- an easy way to support cartoons with a small monthly donation. Plus see new cartoons first before public release! Thank you for your amazing support! Click to view Grrrgraphics patreon page

Communist tyrants want complete power and control over all of us. That’s why the Communist Democrat Party would like to see the Republican Party go away. It’s also why we see the politicization of the justice and security systems. Remember, John Brennan was a former FBI director and communist. The FBI has become the new KGB. They do the Communist Democrat’s bidding. Pelosi has set up a Gulag for Trump supporters whom she hates. They’ve been denied bail. Many are now spending time in solitary confinement in 7×10 foot cells without visitors or lawyers. Many have been beaten. Their cases are in limbo.

Now we’re starting to hear the communists call for forced vaccination. They won’t allow us to have ultimate last-say about what goes into our bodies. New York Communist Mayor De Blasio unctuously claimed he has been patient long enough. He now insists nobody can go to restaurants or sporting events in his city without the jab. He wants the poisonous injection as a prerequisite to employment.

CNN’s Don Lemon said the unvaccinated should not be able to buy food at grocery stores. He’s paid millions of dollars to say what the ruling powers are thinking. They already want to control our food and now they want to deny us access to it if we don’t submit to their demands. When the Kulaks and farmers in Ukraine refused to give up their land for the communists’ force collectivization, Stalin starved them out. Millions were murdered. Don Lemon, like a good communist, no doubt thinks this is A-OK. The ends justify the means. In Lemon’s warped brain it’s fine to demonize ‘anti-vaxers’ and Trump supporters. They deserve to die.

The Democrat Communist Party’s goal is the introduction of a Chinese communist system in America complete with a social credit system to punish behavior they don’t like. You know, freedom. Included will be a universal ID system that will occur via the vaccine passport. 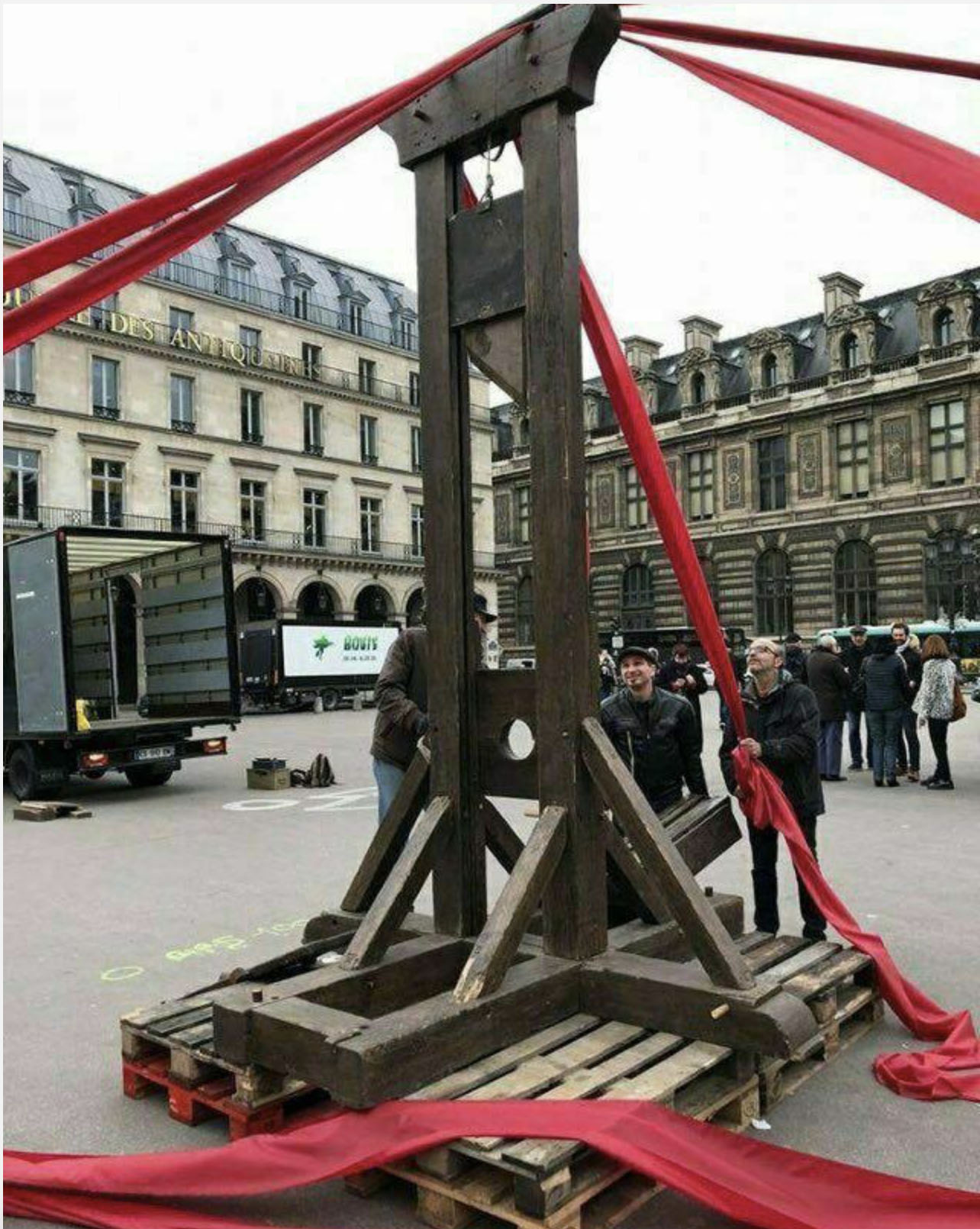 The French are resisting this mightily.

You won’t see their massive protests on CNN, but America needs to join in. We need to take to the streets and loudly protest where we are being led—a country taken over by ruthless communist tyrants who consider us their citizen cattle to be tagged, jabbed, and then bagged.

Click to order Your SIGNED by Ben Garrison Books TODAY 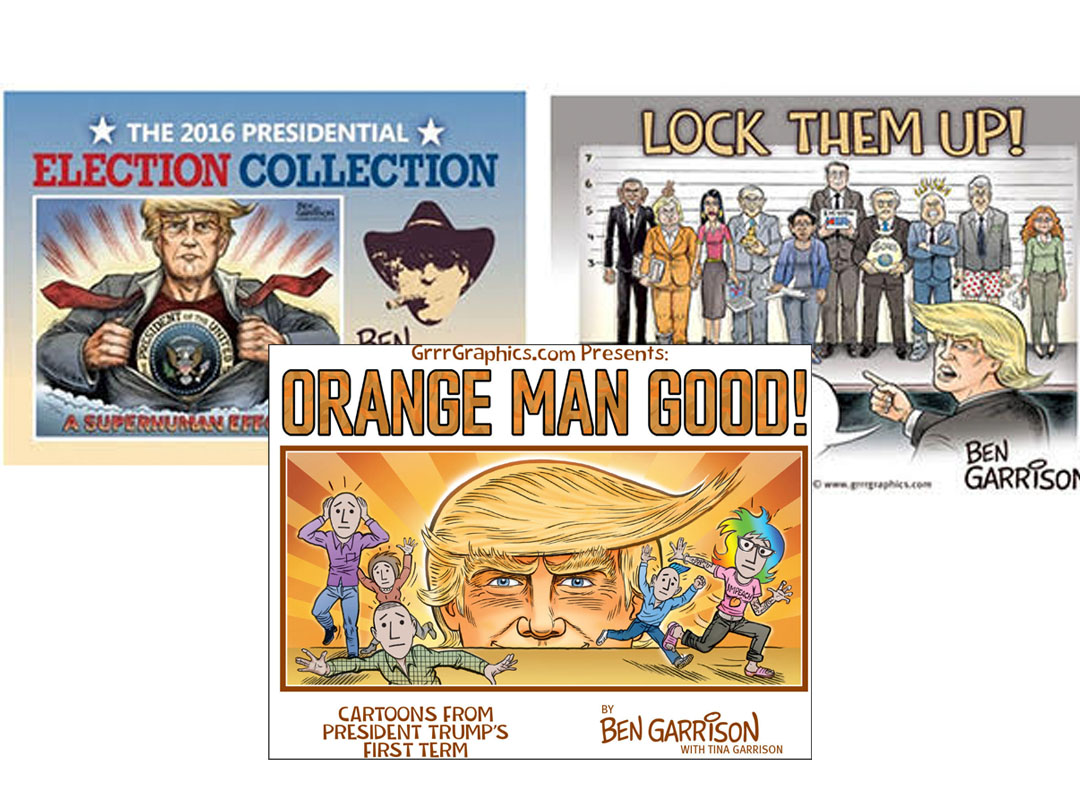